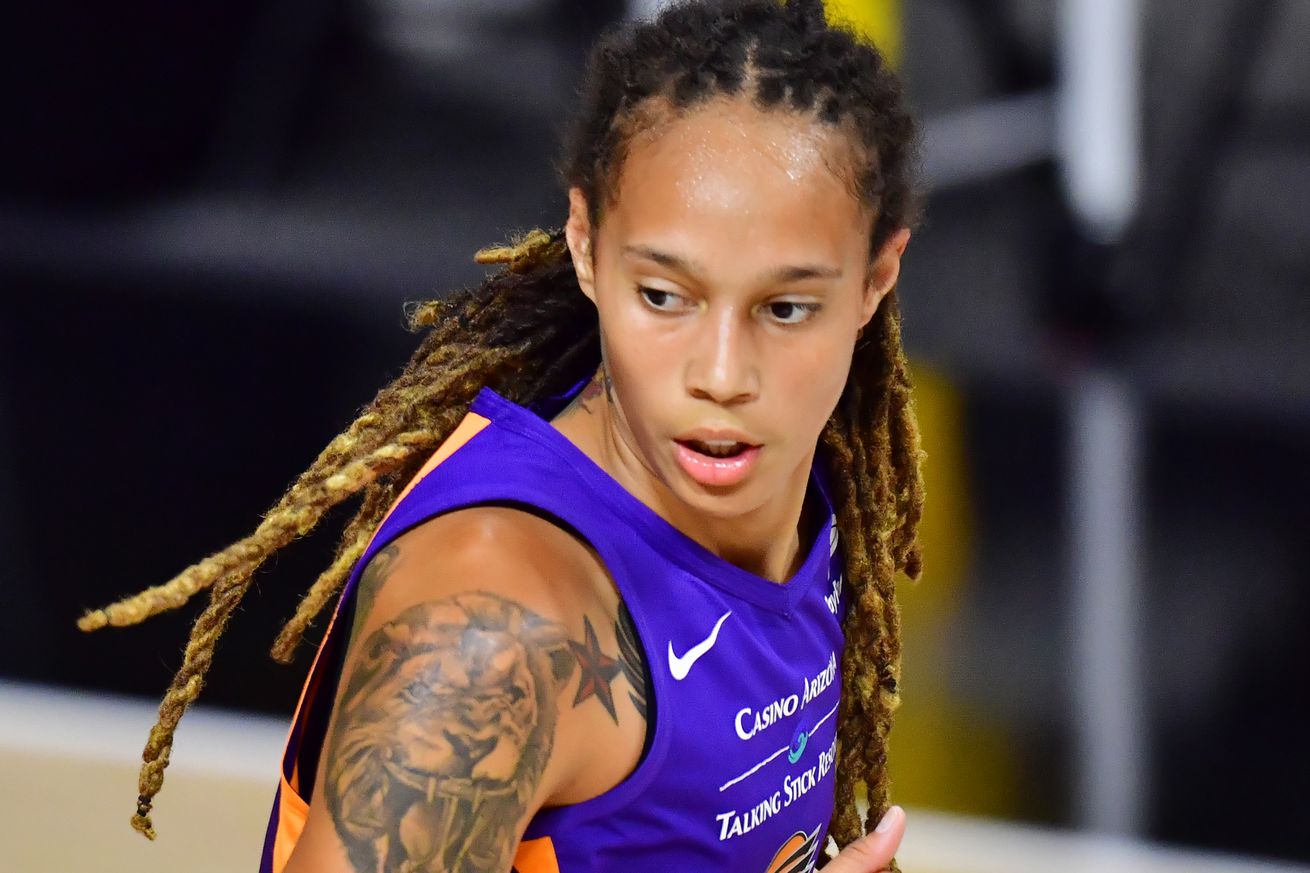 Brittney Griner, on the move for her Phoenix Mercury against the Los Angeles Sparks on August 19, 2020 at IMG Academy in Bradenton, Florida. | Photo by Julio Aguilar/Getty Images

Brittney Griner entered the WNBA to bully opponents in the paint and slam down dunks. But just a week shy of her 30th birthday, her legacy off the court as an outspoken advocate for LGBTQ+ issues rivals her vast on-court successes.

Brittney Griner entered the WNBA to bully opponents in the paint, reject shot attempts and slam down dunks. When she turns 30 on Oct. 18, her legacy off the court as an outspoken advocate for LGBTQ+ issues will equal or rival her on-court accomplishments: one championship, two Defensive Player of the Year awards and six All-Star nods, to go with an Olympic gold medal.

Griner entered the WNBA as the No. 1 overall pick in the 2013 draft, as a gay woman. Desiring to start her professional career free of the restraints she felt had been placed on her at Baylor, Griner — in an unprecedented move — came out as gay in an interview with Sports Illustrated before having signed with a WNBA team. To some, her disclosure was no big deal — confirmation of what they had expected. To those denied the gift of acceptance from their family, friends, community or employer, however, it was huge.

For the WNBA and its athletes, other professional athletes and society generally, Griner’s boulder-in-the-water approach triggered waves and ripples toward acceptance and inclusion, which spread even still. WNBA Pride Nights began in 2014, the year Griner won a championship with the Phoenix Mercury. Who better to serve as the quintessential spokesperson for LGBTQ+ rights than the one who entered the league by kicking the closet door down with her size 17 feet? The rainbow flag became more socially acceptable, or even cool, after Griner’s arrival and, more importantly, other WNBA players were able to ride her coattails out of the darkness and into the light of authentic living.

Griner is not recognized enough for her bravery.

It takes courage to proactively come out as gay in a social climate rife with homophobia, uncertainty and the potential for personal or professional backlash. In recognition of National Coming Out Day, we bring a collection of content related to LBGTQ+ identity and the coming out experience.

“Keeping the Faith” by Layshia Clarendon

Jennifer Azzi: ‘Always be yourself’