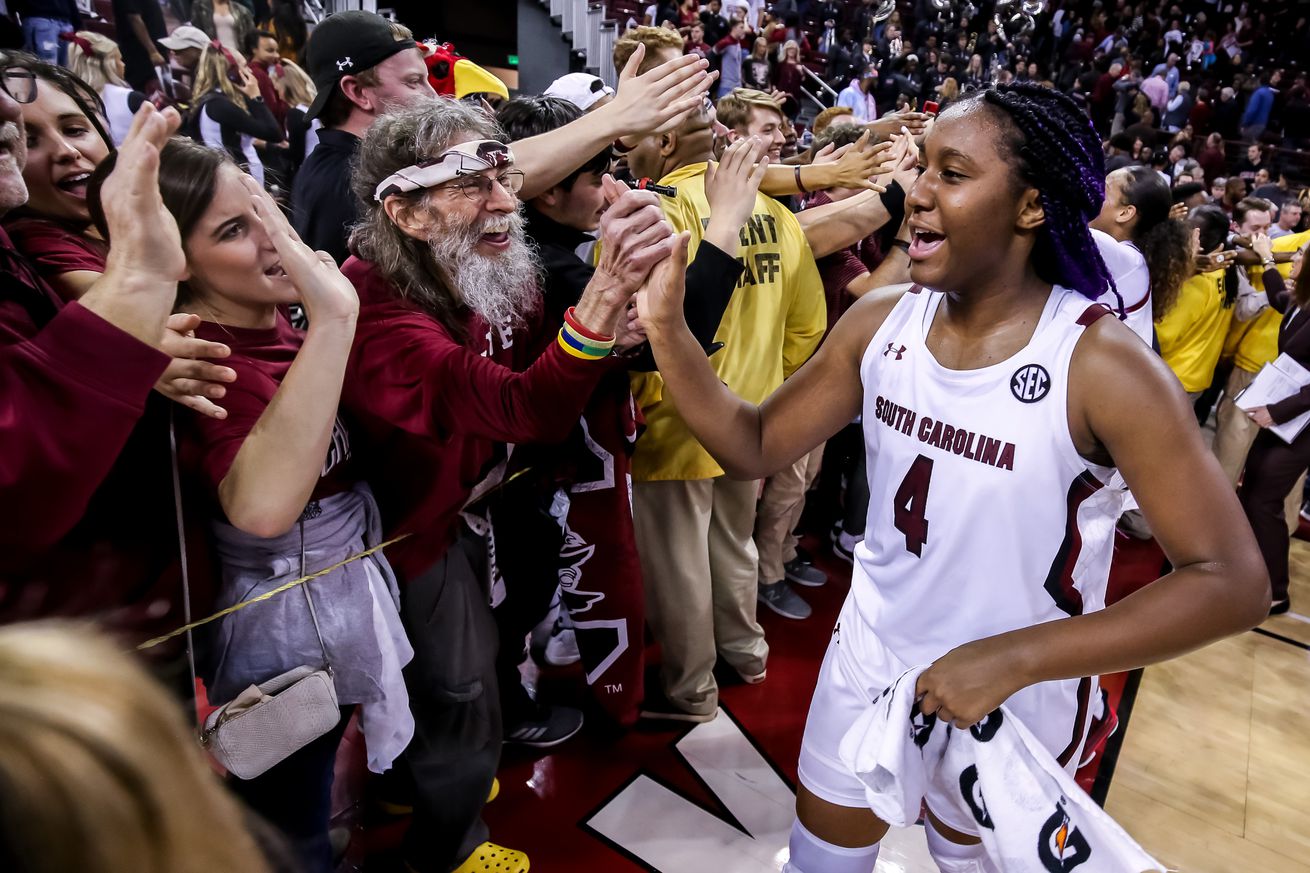 The South Carolina Gamecocks won the national championship in 2017, finished No. 1 in the rankings last season and are prepared to make another run at the title in 2020-21.

The South Carolina Gamecocks have received the No. 1 overall spot in The Associated Press’ preseason poll. They return from last season’s team the freshman phenoms Aliyah Boston and Zia Cooke, now sophomores, who helped South Carolina finish as the undisputed No. 1 team in the nation.

The Stanford Cardinal, meanwhile, moved up from their No. 7 finish last season all the way to No. 2 for the 2019-20 preseason poll. The Cardinal even received a first-place vote; the Gamecocks took the other 29.

The No. 3 UConn Huskies and No. 4 Baylor Lady Bears are next on the list. The Huskies added the nation’s No. 1 freshman, Paige Bueckers, and Evina Westbrook, a top-notch transfer from the Tennessee Lady Volunteers. One of Baylor’s star players, DiDi Richards, sustained a spinal cord shock injury a couple weeks ago but is expected to make a full recovery and wants to play this season.

The Louisville Cardinals, who feature reigning ACC Player of the Year Dana Evans, round out the Top 5.

As far as notable surprises, the No. 7 Arizona Wildcats have moved up five spots since last season’s final rankings — putting them in the preseason Top 10 for the first time.

For the first time in school history, we are ranked in the top 10 in the preseason AP poll.#MadeForIt | #BearDown pic.twitter.com/vnkscu1paB

The Arkansas Razorbacks are up 10 spots to No. 14 and the Notre Dame Fighting Irish are back in the rankings at No. 22 after a disappointing 209-20 season.

The No. 10 Oregon Ducks and the No. 12 Maryland Terrapins each fell eight spots — the Ducks, after graduating stars Ruthy Hebard, Sabrina Ionescu and Satou Sabally and the Terps after losing two stars, Shakira Austin and Taylor Mikesell, to transfer. Maryland’s loss is Oregon’s gain — Mikesell is now a Duck.