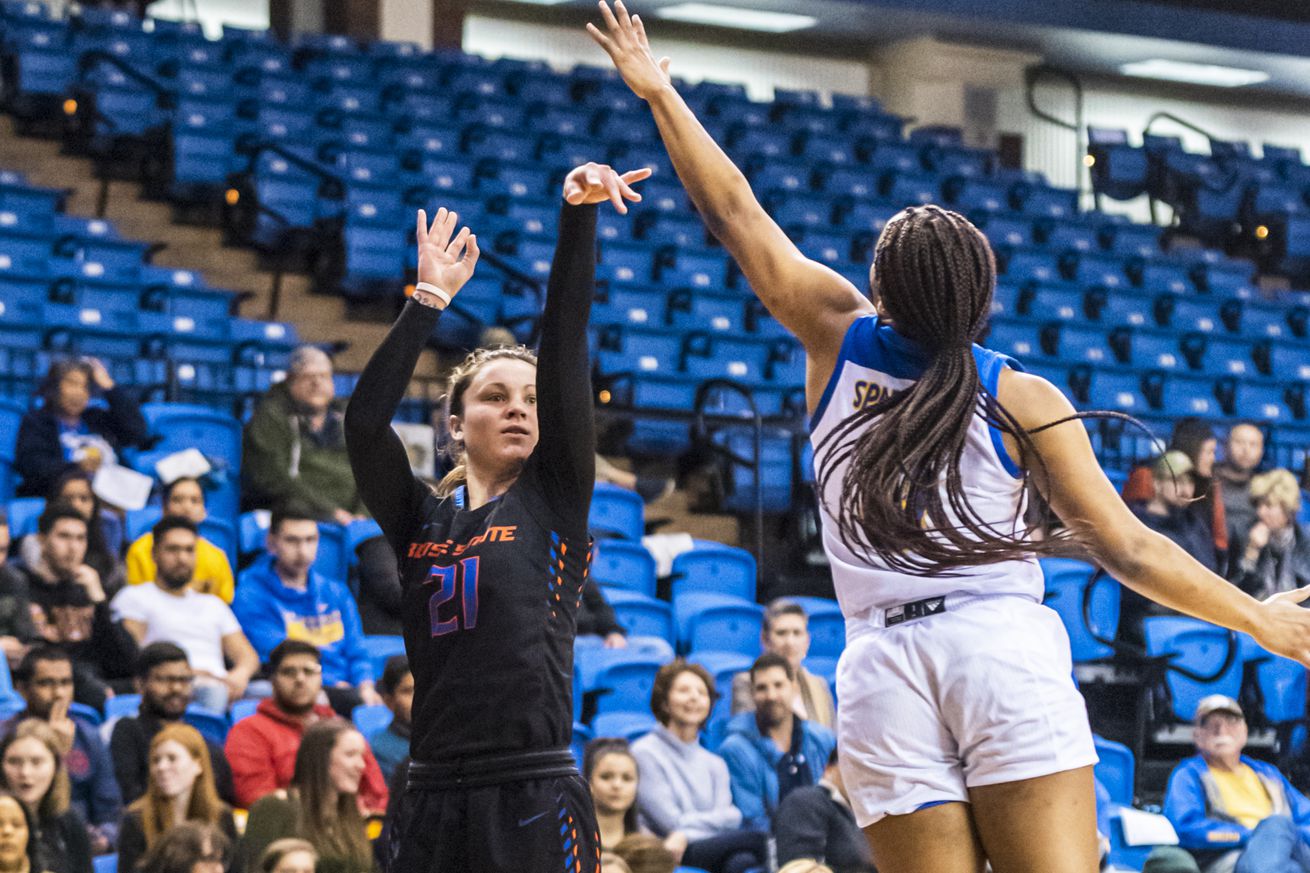 The Mountain West season ended with the Boise State Broncos cutting down the nets. The senior-laden team, led by guard Riley Lupfer, went 24-9 on the season and could have made noise in the NCAA Tournament.

The Boise State Broncos were the first team to clinch a spot in the NCAA Tournament by winning their fourth straight Mountain West title. After finishing first in conference play a season ago, the Broncos slipped to second place in the Mountain West in 2019-20, finishing behind the Fresno State Bulldogs with a 13-5 conference record and 24-9 overall.

The Broncos finished strong in Mountain West conference tournament, however, beating the Bulldogs 80-76 and avenging a loss to Fresno State earlier in the year. Senior Braydey Hodgins and sophomore Jade Loville each scored 20 points. The title game was each player’s third 20-point game of the season.

A’Shanti Coleman was named Mountain West Tournament MVP — and a member of the Mountain West All-Tournament Team — after averaging 19.6 points and eight rebounds throughout the tournament.

Riley Lupfer led her team with 12.6 points and led the Mountain West in 3-point shooting at 40.1 percent. She leaves Boise State as the program’s all-time 3-point leader. Lupfer was named to the 2020 Mountain West All-Conference team.

Out of the inbound with 3:22 left in the third quarter, @rileylupfer2 hits her 261st career 3-pointer to become Boise State’s all-time 3s leader!#BleedBlue pic.twitter.com/xgeCnzPq4g

As well as Boise State has played in recent seasons, its run of Mountain West Tournament wins could soon be in doubt. The Broncos will lose six seniors or graduate students heading into the 2021 season, so they’ll need to reload quickly to continue their success in conference play.