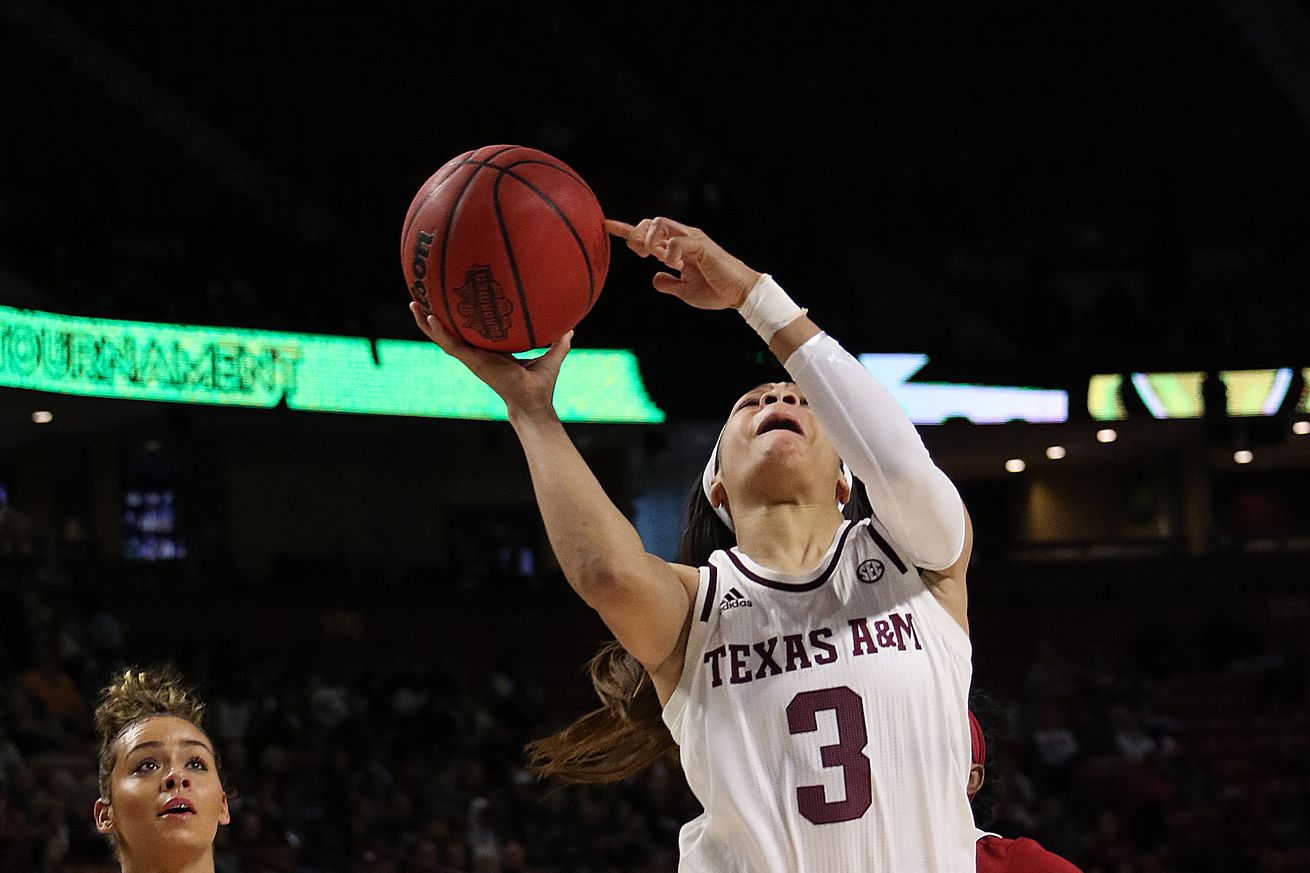 Chennedy Carter was named to the All-SEC First Team for the third straight year. | Photo by John Byrum/Icon Sportswire via Getty Images

The Texas A&M Aggies finished fifth in the SEC with a record of 22-8 (10-6 SEC) and were pegged to be a No. 5-seed by ESPN Bracketology prior to the NCAA Tournament’s cancellation. The Aggies earned regular season wins against likely NCAA Tournament invitees Arkansas and Tennessee. Their season ended in the quarterfinals of the SEC tournament with a one-point loss to Arkansas.

The Aggies’ star and would-be No. 4 overall pick in the 2020 WNBA Draft, Chennedy Carter, was named All-SEC First Team and All-American Second Team, her third selection to the All-SEC First Team and All-American team. Carter was second in the conference in scoring with 21.3 points despite missing eight games due to injury. Carter averaged over 20 points in each of her three seasons at Texas A&M.

Thank you for everything, 3️⃣

N’dea Jones’ dominance as a rebounder continued into her junior season after averaging 11.3 rebounds per contest as a sophomore. In her junior campaign, Jones averaged 11.7 rebounds, which led the SEC, and was seventh in the nation while also upping her scoring from 7.7 to 11.0 points. Jones was named All-SEC First Team.

And for the first time in program history we land ✌️ on the All-SEC First Team! #GigEm

The Aggies will return three starters in 2020, all of whom will be seniors. Replacing Carter will be a tall task for Texas A&M, but they should still be a competitive, feared team when they take the court.