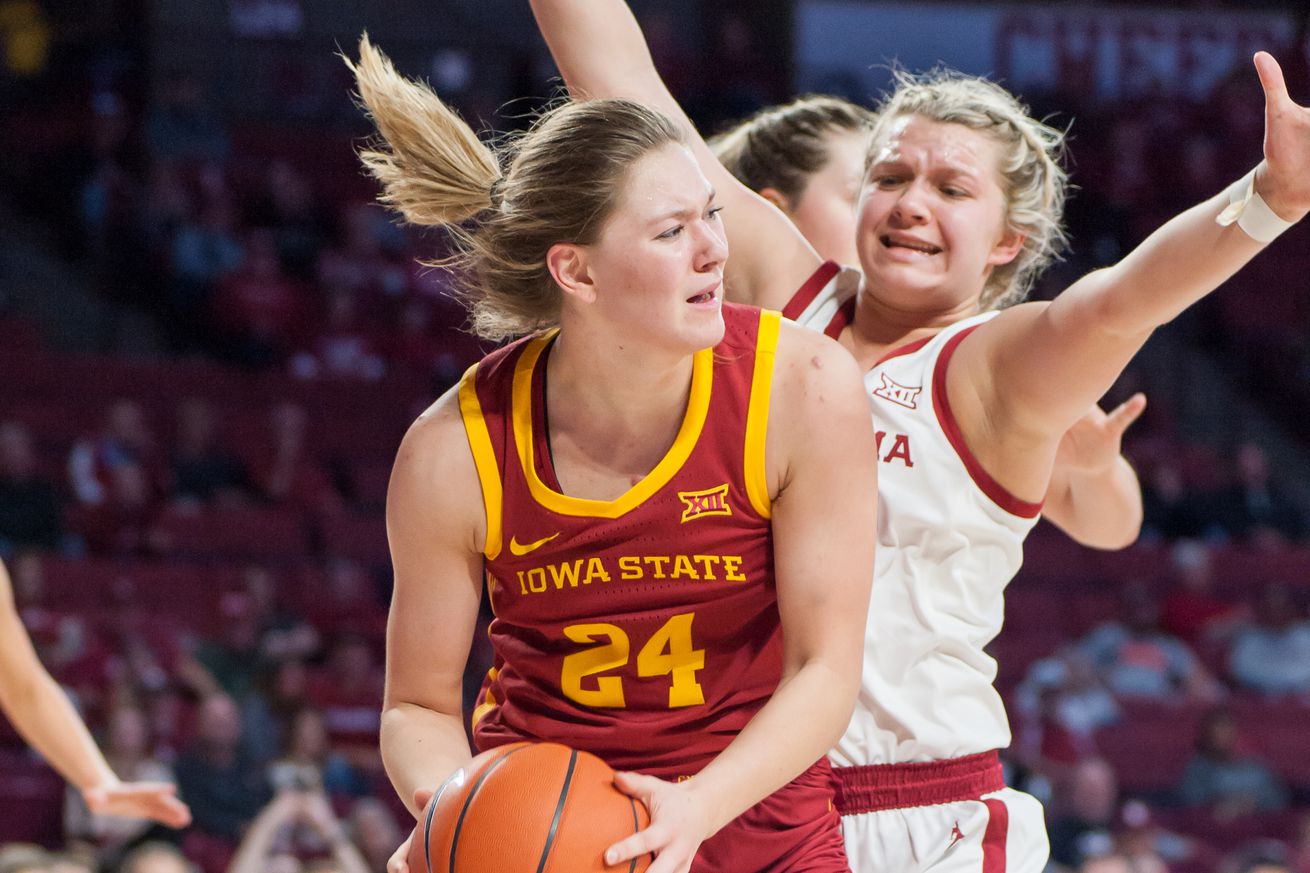 The Iowa State Cyclones closed out the 2019-20 season with one of women’s college basketball’s biggest upsets, beating No. 2 Baylor and snapping the Lady Bears’ 58-game conference winning streak. Led by Ashley Joens, look for the Cyclones to score more impressive victories next season.

When the 2019-20 regular season ended, the Iowa State Cyclones were at their apex.

In the final game of the regular season, the Cyclones stunned the No. 2 Baylor Lady Bears, 57-56. The win snapped Baylor’s 58-game conference winning streak, which had been the nation’s best mark.

Throughout the 2019-20 season, Iowa State sophomore Ashley Joens was a free-throw machine. She shot 232 free throws in Big 12 action, converting them at an over-80 percent rate to make a school-record 187 free throws.

Against Baylor, her comfort and confidence at the stripe showed. With the game tied and one second remaining, Joens was fouled. She sunk her first free throw, securing the last-second victory for Iowa State.

The game-winning free throw was an exciting end to an overall excellent sophomore season from Joens. After leading the Big 12 in scoring with 20.5 points per game, Joens accumulated an array of awards. She was an unanimous All-Big 12 First Team selection, WBCA and AP honorable mention All-American and Cheryl Miller Award Top 5 honoree. She also became to first sophomore in Iowa State and Big 12 history to cross the 1,000-point plateau.

Her final bucket of the game marked her 1️⃣,0⃣0⃣0⃣th career point, becoming the first sophomore in history to reach the milestone.

In short, Joens was a sophomore stud. But other members of the Cyclones were not scrubs.

Junior forward/center Kristin Scott was an All-Big 12 Honorable Mention after averaging 14.2 points per game and leading the Cyclones in blocks. Freshman guard Maggie Espenmiller-McGraw earned a spot on the Big 12 All-Freshman Team. Another Cyclone standout was junior guard Rae Johnson, who shot over 40 percent on 3-pointers and made nearly two 3-pointers per game.

Unfortunately, the cancellation of the Big 12 and NCAA Tournaments prevented Joens and the Cyclones from extending the momentum from their upset of Baylor. After an unremarkable regular-season record, 18-11 overall and 10-8 in the Big 12, Iowa State appeared poised to make some noise in the postseason.

However, look for the Cyclones to ascend in the 2020-21. With an expected All-American candidate in Joens supported by solid returnees in Scott, Espenmiller-McGraw and Johnson, along with the arrival of a top-ranked recruiting class, Iowa State should be a threat in the Big 12 and nationally.