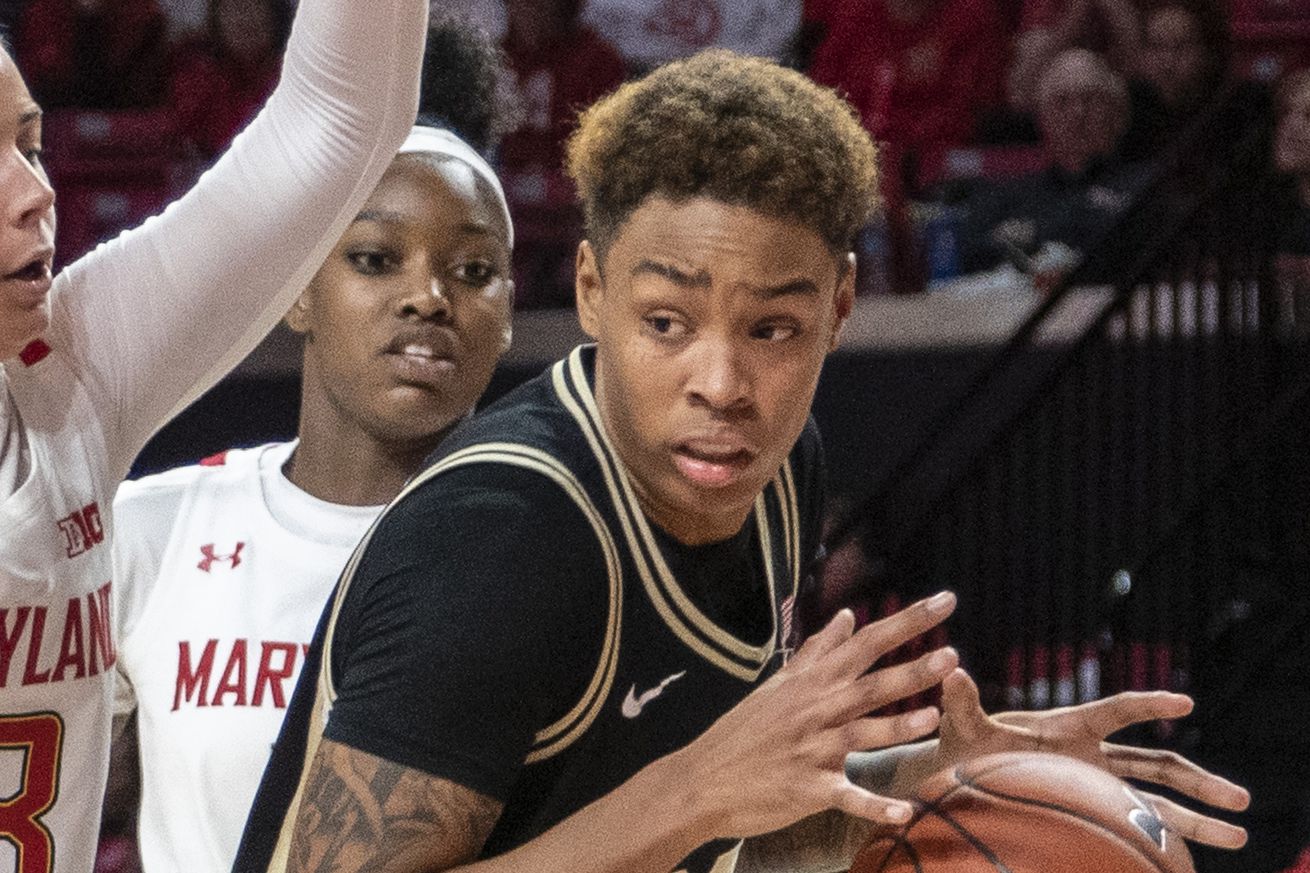 Ae’Rianna Harris (with ball) had her team eyeing a return to the NCAA Tournament. | Photo by Tony Quinn/Icon Sportswire via Getty Images

Led by senior forward Ae’Rianna Harris, the Purdue Boilermakers played a tough schedule and were on track to return to the Big Dance for the first time since 2017.

The Purdue Boilermakers were projected to be a No. 10-seed in ESPN’s Bracketology as a “Last Four In” after going 18-14 (8-10 Big Ten) in the 2019-20 season. Purdue played the 13th toughest schedule and earned wins against Arizona State and Ohio State, both tournament-bound teams.

Purdue’s season ended when they were eliminated by Maryland in the third round of the Big Ten Tournament.

Senior forward Ae’Rianna Harris was a member of the All-Big Ten Team and the All-Defensive Team. Harris averaged 13.4 points, 8.4 rebounds and three blocks per contest. Her 96 blocks were second in the Big Ten.

Karissa McLaughlin and Dominique Oden were Honorable Mention All-Big Ten. McLaughlin scored 13.1 points and her 3.4 assists per game ranked 13th in the Big Ten. Oden capped her Boilermaker career with averages of 12.9 points, 5.5 rebounds and three assists. She also led her team with 52 steals and leaves the program as the all-time minutes leader.

No one has ever played more minutes in program history than, @_Nique11. pic.twitter.com/N4d9gqTy2A

Although two of the three top scorers are leaving, Purdue stands to potentially return six seniors next season. A highly motivated senior class could see Purdue back into the tournament conversation in 2021.