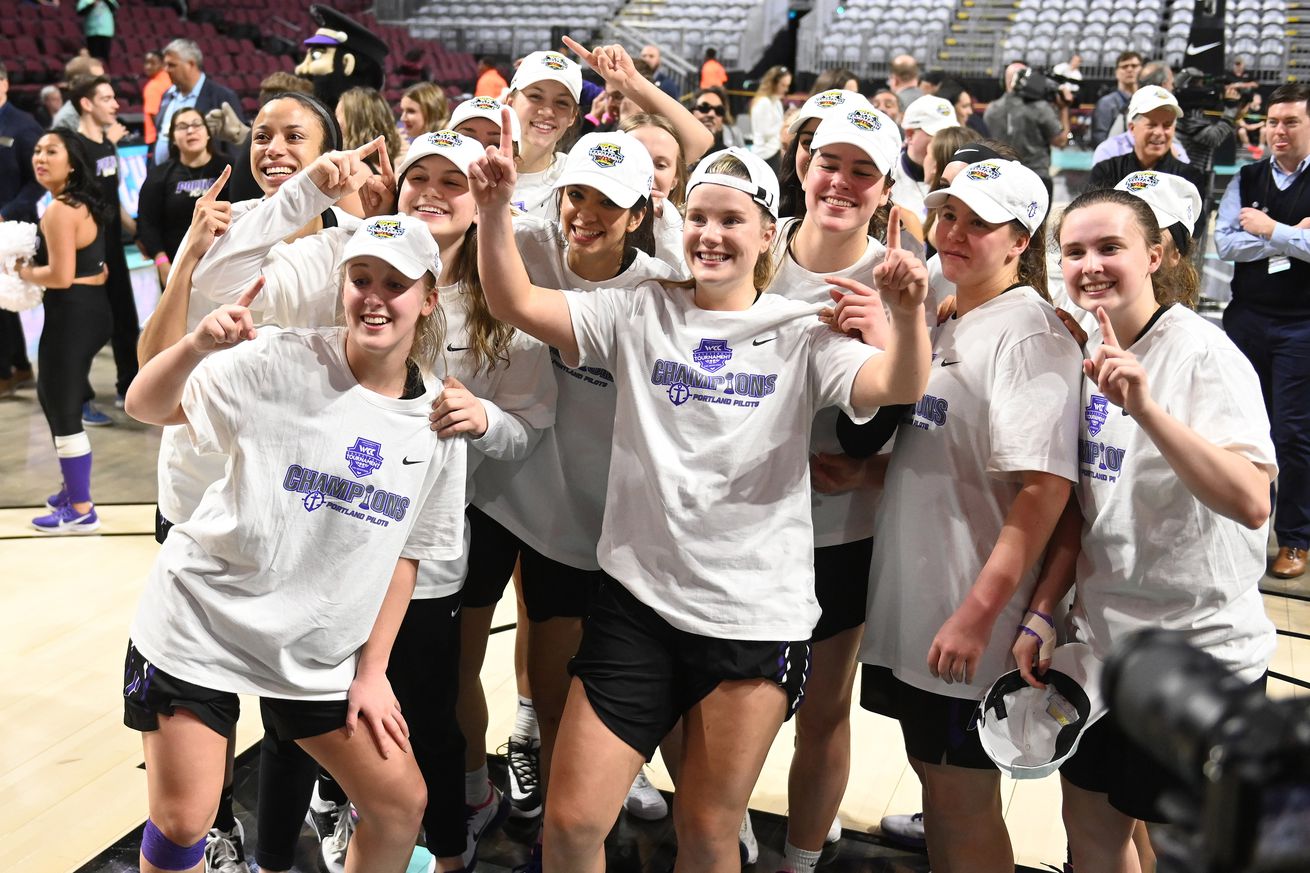 The Portland Pilots punched their ticket to the now-imaginary Big Dance by winning the West Coast Conference Tournament propelled by a pair of game-winners. While their Cinderella run ended too soon, the Pilots’ exciting 2019-20 season is worth celebrating.

The NCAA isn’t releasing a bracket this year but at Swish Appeal we’ve decided to make one anyway, based on this formula created by our Zack Ward. Here’s a recap of one of the 64 teams who made the cut according to the Swish Appeal bracket.

For the Portland Pilots, it was a triumphant end to a 2019-20 season that abruptly ended too soon.

The Pilots had a solid but not spectacular regular season in the West Coast Conference (WCC), finishing fourth in the conference at 11-7 and 21-11 overall. However, the Pilots, especially sophomore guard Haylee Andrews, discovered more than a bit of March magic as the WCC Tournament began.

After dispatching the Pacific Tigers in the quarterfinals, the Pilots pulled off one of the most exceptional comebacks of the season, erasing a 20-point first-quarter deficit to upset the No. 11 Gonzaga Bulldogs 70-69. Determined defense propelled the Pilots in forcing the Bulldogs into 13 turnovers after the first quarter.

However, Portland trailed by a point with 8.6 seconds remaining. But that’s when Andrews showed herself to be unflappable. She took a hand-off at the top of the key, got into the paint and lofted a floater that swished through the net. When a Gonzaga heave fell short, euphoria ensued — a signature March moment.

Andrews, who averaged 16 points and five-and-a-half assists per game for the 2019-20 season, scored 16 points in the semifinal contest. Freshman forward Alex Fowler led Portland with 22 points and nine rebounds. Fowler averaged 18 points and eight rebounds for the season.

But Andrews, Fowler and the Pilots were not done. In the tournament final, Andrews sealed Portland’s championship over the San Diego Toreros by converting a layup with under a minute to go.

With the 64-63 victory, Portland was the WCC Tournament champion for the second time in school history. Andrews totaled 18 points, seven rebounds and six assists in the win. Fowler had 21 points and 10 rebounds. Both were named to the WCC All-Tournament Team.

The outstanding Australians are both underclassmen, so expect Portland to become a promising, ascendant team next season. That first-year head coach Michael Meek will have a season of experience should inspire additional confidence in the Pilots’ future prospects.