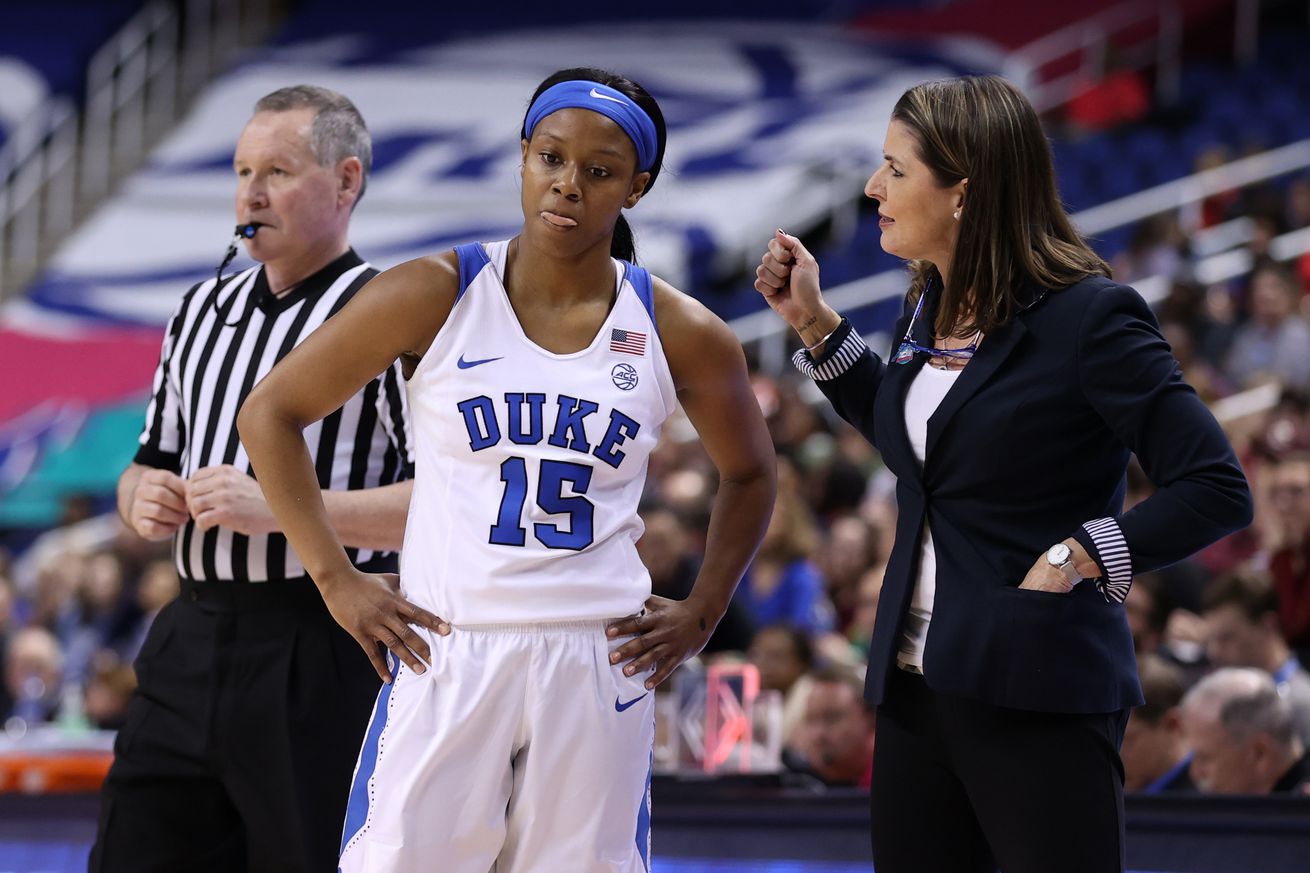 Led by WNBA prospects Haley Gorecki and Leaonna Odom, the Duke Blue Devils overcame a disappointing season start and proved themselves to be one of the ACC’s better teams.

If Duke wasn’t on your radar heading into the 2019-20 season, you weren’t alone. The Blue Devils were picked to finish seventh in the Atlantic Coast Conference (ACC) by both the conference’s head coaches and Blue Ribbon Panel.

For much of Duke’s non-conference schedule (as well as the beginning of its ACC slate), the voters appeared to be correct in predicting a mediocre Blue Devils team. Duke bottomed out at 7-8 in mid-January, seemingly destined to repeat its letdown of a 2018-19 season.

A switch was flipped, though, and Duke started winning — a lot. Big wins over ACC powerhouses NC State and Florida State highlighted a stretch in which the Blue Devils went 11-3. They finished third in the ACC, well ahead of many teams they initially were picked to trail.

The secret behind the Blue Devils’ turnaround? An aggressive, chaotic defense. Duke was often able to speed up opponents faster than they were comfortable playing and convert turnovers into easy offense. Per Her Hoop Stats, the Blue Devils came up with a steal on 11.8 percent of their opponents’ possessions.

It also could be argued that Duke simply had too much talent to continue underachieving. Eventual All-ACC First-Teamer Haley Gorecki was terrific for the Blue Devils, leading the team in per-game average scoring (18.5), rebounding (6.6), assists (4.4) and steals (2.1). Gorecki also got to the free-throw line at a very high rate: 30 percent of her points came from free throws.

Forward Leaonna Odom was no slouch, either. The rangy, skilled senior had her way in the paint more nights than not, averaging 14.2 points per game on 54.7 percent shooting. Odom also wreaked havoc in the passing lanes with her length and anticipation, recording 1.9 steals per game.

Duke’s risky, high-variance style of play ended up saving its season. But we’ll defer to head coach Joanne P. McCallie on whether the season was a success — Duke lost to Boston College in the first round of the ACC Tournament. Thus, the Blue Devils will have more work to do heading into 2020-21. With both Gorecki and Odom soon heading to the WNBA Draft, that’s a lot of production McCallie will need to replace.