NCAAW Season Recap: Nikki McCray guided the rise of the No. 44 ODU Monarchs 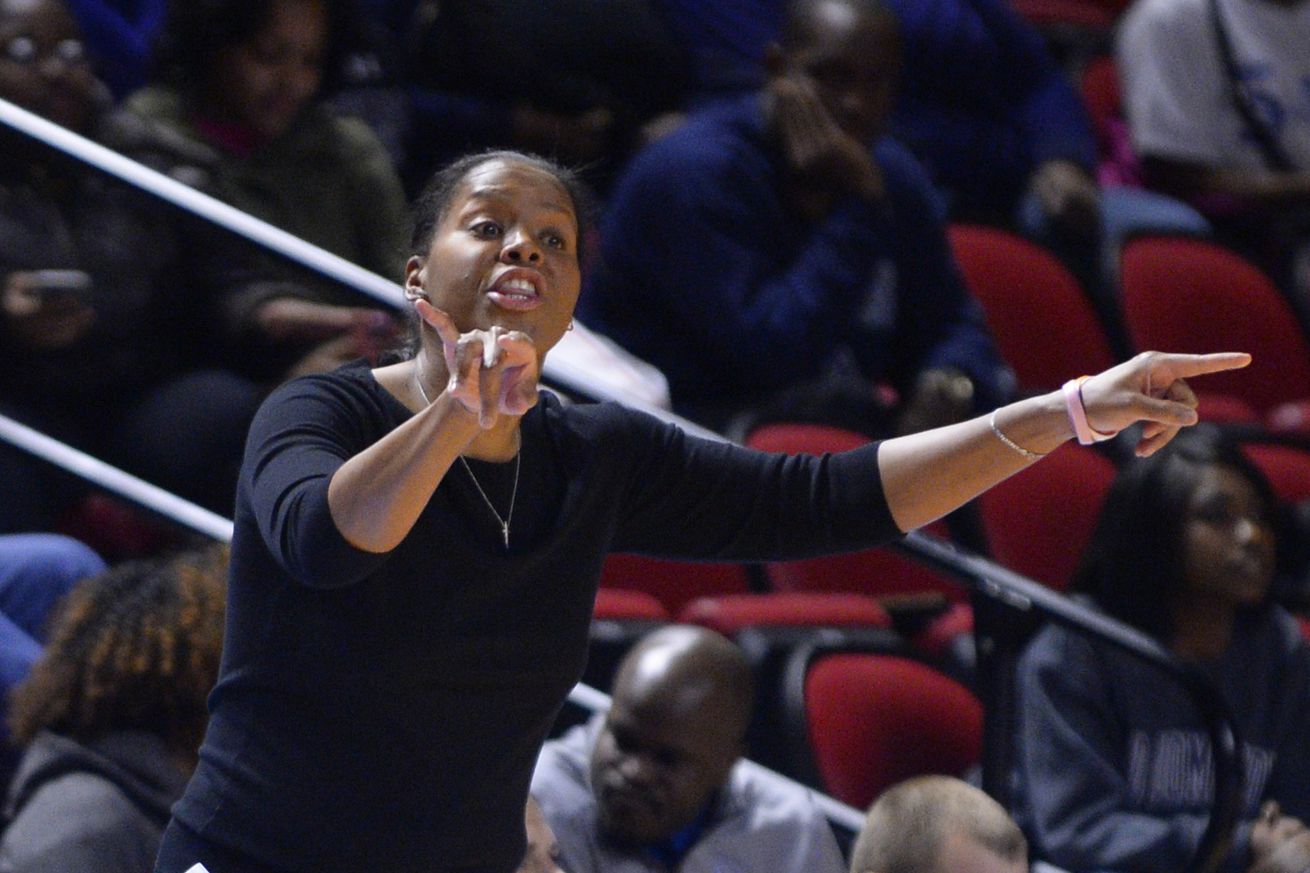 C-USA Coach of the Year Nikki McCray instructs her squad during the 2018 season. | Photo by Steve Roberts/Icon Sportswire via Getty Images

Led by C-USA Coach of the Year Nikki McCray and the Old Dominion Monarchs began to take flight. With a 24-6 record, they were set to be a threat in the C-USA and NCAA tournaments.

In the pre-NCAA era of the Association for Intercollegiate Athletics for Women (AIAW), the Monarchs claimed a pair of national titles (1979, 1980). In 1985, they added an NCAA national championship to their trophy case.

The likes of Nancy Lieberman, Anne Donovan and Ticha Penicheiro also have worn the silver and blue of ODU, while Marianne Stanley began her illustrious coaching career in Norfolk, Virginia.

Regardless of when the 2019-20 season concluded, ODU would not have reached the historic heights of decades past. Nevertheless, under the direction of another legend of the women’s game in Nikki McCray, the Monarchs again were on the rise.

This week in ODU Women’s Basketball…

In her third season as head coach, McCray led the Monarchs to a 24-6 record and won the C-USA Coach of the Year award.

24-6 overall record
First win over a P5 since 2015
No. 2 seed in the C-USA Tournament
The list goes .#Empower | #ODUSports pic.twitter.com/UOZNjFo4q7

After serving as an assistant under Dawn Staley at South Carolina for 10 seasons, McCray now rivals Staley for national coaching honors. She was a finalist for the 2020 WBCA National Coach of the Year award (which Staley won).

Under McCray, ODU adopted a defensive identity, allowing only 55.3 points per game in conference action. They successfully defended 3-point shots, with opponents converting less than 25-percent of their attempts from deep. They also aggressively cleaned the glass on both ends, averaging the most rebounds per game in C-USA.

Because of these principles, ODU did not suffer any in-conference blowout losses, dropping only four conference contests by a combined 21 points. Impressively, they also ran off an 11-game win streak in the middle of the conference calendar, highlighted by an overtime victory over the Rice Owls, 66-59, that ended the Owls’ 30-game C-USA winning streak.

In final game of the regular season, Rice would exact a measure of revenge, escaping with a 73-70 win over ODU. It thus is unfortunate that the top two teams in C-USA were unable to go toe-to-toe for third time this season in the conference tournament title game.

Yet, it seems that the Monarchs again will be one of C-USA’s best next season.

While ODU will miss the contributions of senior Taylor Edwards, who earned All-Conference USA First Team honors, All-Conference USA Second Team sophomores Amari Young and Ajah Wayne are slated to return. A potentially-increased role for the conference’s Co-Sixth Player of the Year, sophomore Aziah Hudson, further should situate the Monarchs for success in the 2020-21 season.

A team to not be forgotten.
One Shining Moment #Empower | #ODUSports pic.twitter.com/GMe1qFIceW