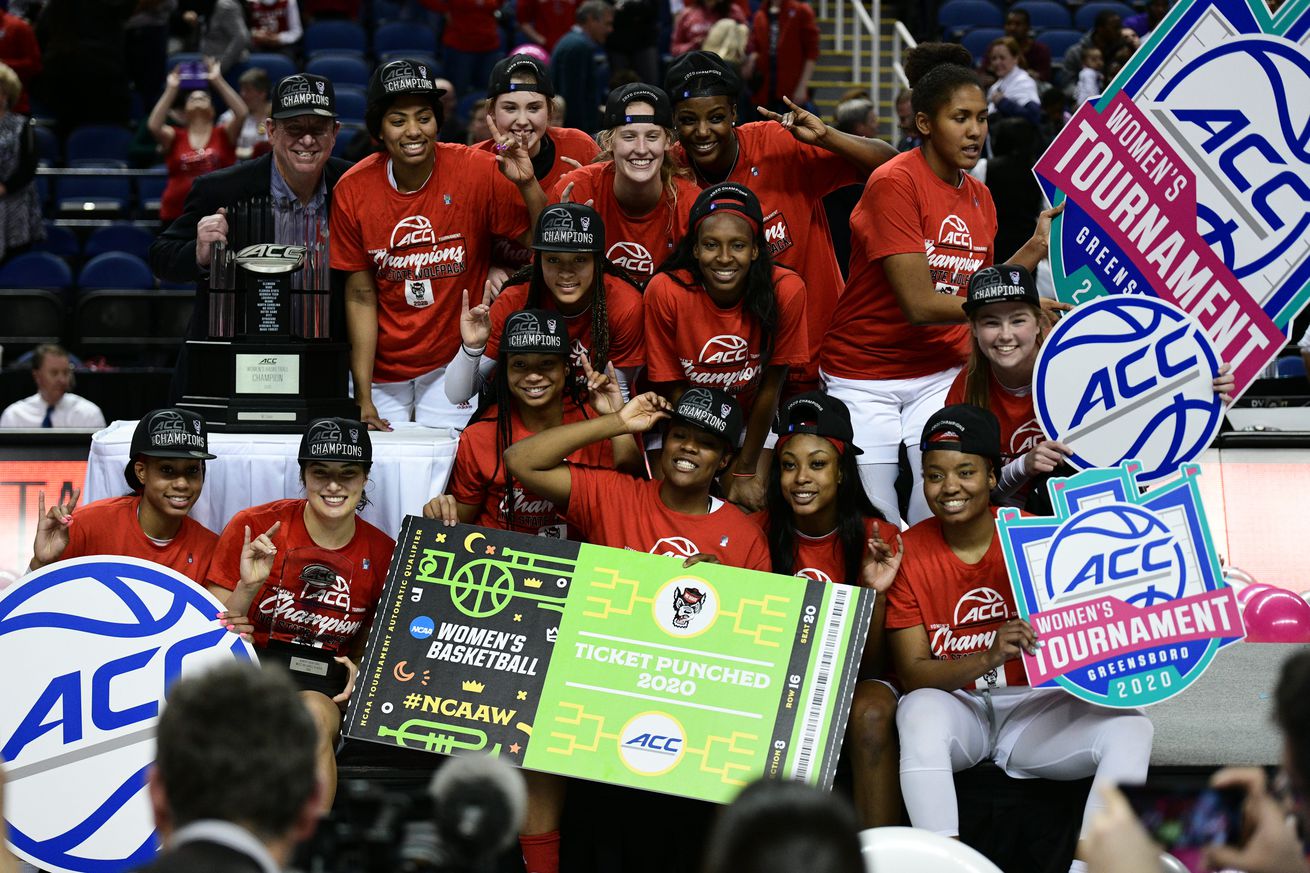 The NC State Wolfpack continued their ascent under head coach Wes Moore, winning at least 12 ACC games for the third time in the past four seasons. Sophomore center Elissa Cunane led the charge for the Wolfpack, embodying an efficient offense and a stingy defense.

The NC State Wolfpack have been on an upward trajectory since Wes Moore was hired to lead the program in 2013, and the 2019-20 season was their most successful in nearly two decades.

After winning at least 26 games in the prior two seasons — both of which ended in the NCAA Tournament Sweet Sixteen — NC State went 28-4 overall and 14-4 in ACC play for its best regular-season record since the days of legendary head coach Kay Yow. While the ACC has mostly been the Louisville Cardinals’ or Notre Dame Fighting Irish’s to lose in recent years, Moore’s Wolfpack proved that they belong in the conversation for the conference’s top program.

The numbers speak for themselves: per Her Hoop Stats, NC State outscored opponents by an average of 21.1 points per 100 possessions. While one could argue that this figure was inflated by a dominant non-conference performance, the Wolfpack’s ACC record requires additional context as well; all four of NC State’s conference losses came by seven points or fewer. Had a few more possessions gone NC State’s way, it might have won the conference’s regular-season title.

In any case, the Wolfpack posted impressive statistics across the board. Their offense was highly efficient as a whole, scoring 1.08 points per attempt. Defensively, they were just as good, holding opponents to 0.86 points per scoring attempt and an 11.8 percent free throw rate, the latter of which ranked seventh in the nation. The Wolfpack were stout on the glass, too, hauling in 75.1 percent of available defensive rebounds.

While Konig (All-ACC Honorable Mention) nabbed the spotlight on the biggest stage, it was sophomore center Elissa Cunane who starred for the Wolfpack for the majority of the season. Cunane averaged a highly efficient (1.27 PPSA) 16.4 points per game while pulling down 9.6 rebounds in just 27.3 minutes of play. For her efforts, Cunane was named to the All-ACC First Team, as voted on by both media and coaches.

Joining Konig and Cunane on the conference’s end-of-season awards list was forward Jakia Brown-Turner. While Brown-Turner’s role on the Wolfpack was not enormous, she started 32 games for the team, averaging 9.4 points and earning a spot on the ACC’s All-Freshman Team.

While the cancellation of the NCAA Tournament robbed the Wolfpack of a legitimate shot at an Elite Eight appearance, the program is in good shape for next season with Cunane, Brown-Turner and Kayla Jones (10 points, 7.1 rebounds in 2019-20) all returning. Cunane, in particular, seems primed for an ACC Player of the Year-caliber campaign. Don’t sleep on NC State when NCAA women’s basketball resumes.