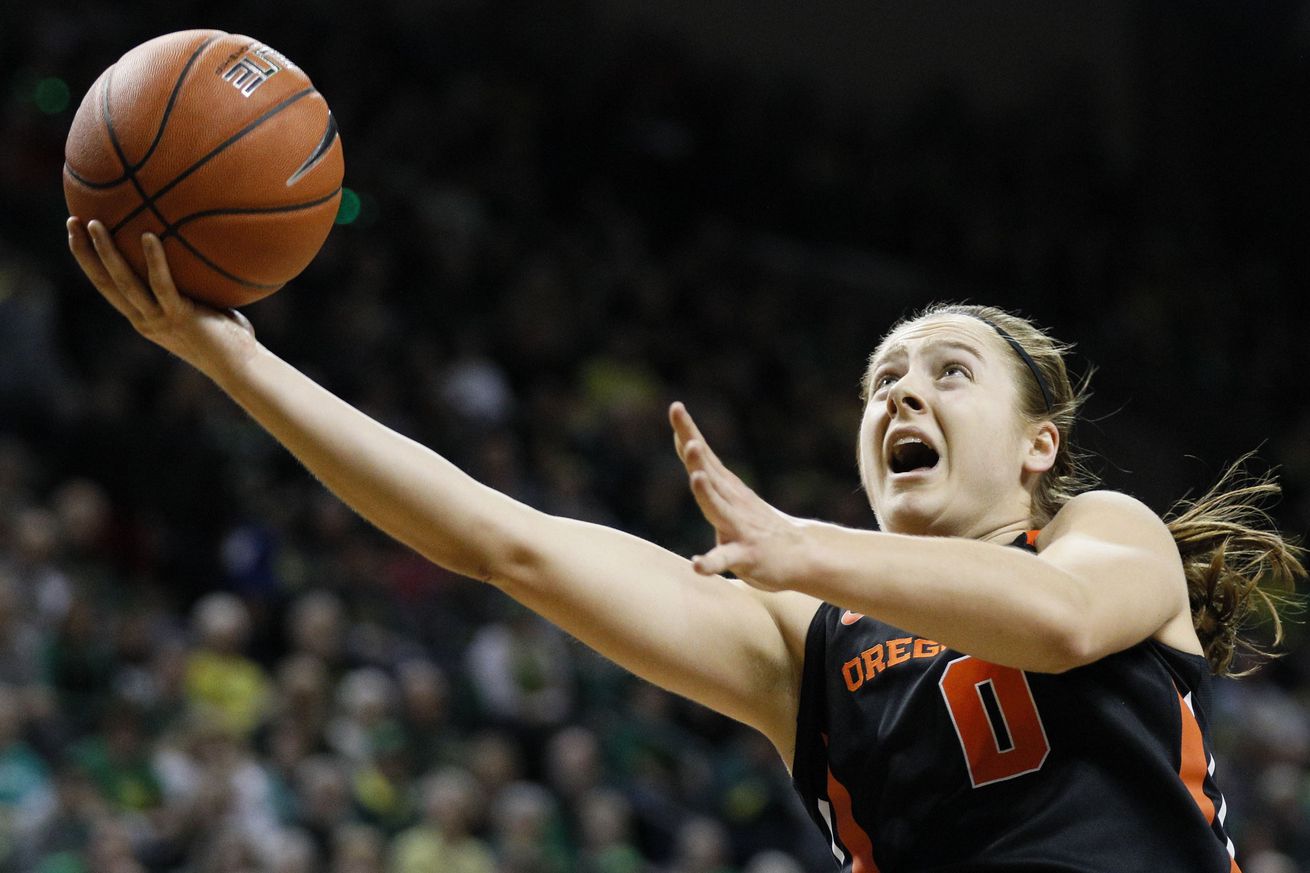 Oregon State finished the 2019-20 season at No. 14 in the AP Poll after starting at No. 7 and rising as high as No. 3 in the nation. They had the potential to be a one-seed due to the competitiveness of the Pac-12 but ultimately fell short of that goal with a 10-8 conference record.

At 23-9 overall, Oregon State earned a three-seed in the Swish Appeal bracket due to quality wins against No. 15 DePaul (Nov. 14), No. 23 Missouri State (Nov. 17), No. 12 Arizona (Jan. 10) and No. 25 Arizona State (Feb. 7). However, the Beavers finished 4-8 against ranked opponents and failed to prove themselves against the two teams that emerged as conference powers — the No. 2 Oregon Ducks and the No. 7 Stanford Cardinal.

Despite the losing record against Top 25 teams, head coach Scott Rueck’s crew was battle-tested and could have made it to their fifth Sweet Sixteen in a row had the NCAA Tournament not been canceled due to the COVID-19 pandemic. Rueck, who took over in 2010, put the program on the map and this year it reached new heights, with a bevy of program records.

Thank you to #BeaverNation once again for your incredible support during the 2019-20 season!

With the familiar core of Mikayla Pivec, Destiny Slocum, Aleah Goodman and Kat Tudor leading the way, the Beavers jumped out to a 15-0 start. The Pac-12 knocked them around a bit but the team was once again a force to be reckoned with and would have made the Big Dance for the seventh time in a row.

Prior to the 2014 start of the Beavers’ national tournament streak, Oregon State had only been to the Big Dance five times.

Freshman forward Taylor Jones was third on the team in scoring with 12.3 points per game and named to the All-Freshman Team. Meanwhile, Goodman made 70 threes at a 44 percent clip.

With Pivec and Tudor graduating and Slocum transferring to the Arkansas Razorbacks, Oregon State will be a whole new team next year. The Beavers will return Goodman and Jones, and add Sasha Goforth — a 6-foot-0 guard from Fayetteville, Ark., ranked the No. 21 recruit in espnW’s Hoop Gurlz rankings.