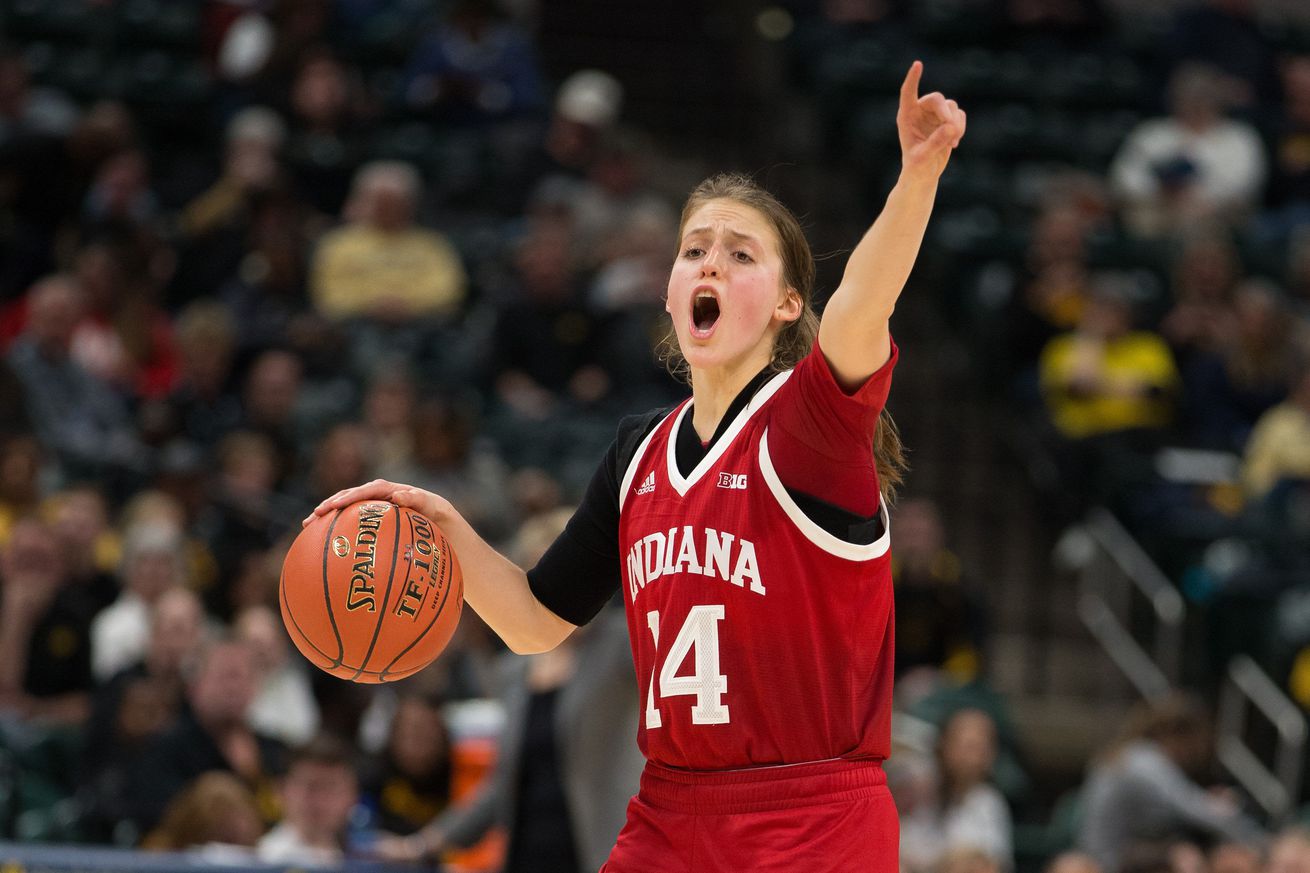 Ali Patberg was 24th in the nation in assists per game this year with 5.3. | Trevor Ruszkowski-USA TODAY Sports

Ali Patberg, Grace Berger and company have laid a foundation of good things to come for the Indiana Hoosiers. 2019-20 saw them defeat the top team in the nation and finish in the Top 25.

Led by their spirited point guard Ali Patberg and a much-improved Grace Berger, the No. 20 Hoosiers put together the program’s best regular-season resume in the NCAA Tournament era in 2019-20.

Indiana went 24-8 and was the only team to beat the No. 1 South Carolina Gamecocks this season. The Hoosiers also picked up quality wins by defeating the Purdue Boilermakers twice and the Michigan Wolverines once en route to a four-seed in our hypothetical bracket. Their highest seeding in the NCAA Tournament before this year came when they were a six-seed in a 36-team field in 1983.

The Hoosiers have never been to the Sweet Sixteen. They were headed in that direction before the coronavirus outbreak forced the cancellation of the Big Dance.

Finishing 2019-20 in both national polls for the ⚪️ pic.twitter.com/IE4nGhDYAN

The victory over the Gamecocks came on Nov. 28 at the Paradise Jam in the U.S. Virgin Islands. That was the fifth game of the season for Indiana and they were buzzing in the national media afterwards. In their very next game, the Hoosiers had the opportunity to defeat the then-No. 2 Baylor Lady Bears and send the hype through the roof, but they lost to the defending national champions 77-62.

Patberg led Indiana with 15.6 points and 5.3 assists per game this year, while her backcourt teammate Berger averaged 13.2 points, 5.2 boards and 3.5 assists. Both players made the All-Big Ten First Team, while forward Mackenzie Holmes made the conference’s All-Freshman Team.

Last year, the Hoosiers were 20-11 in the regular season and became a 10-seed in the NCAA Tournament. They upset the Texas Longhorns in the first round before losing to an eventual Final Four participant in the Oregon Ducks. This year, they performed even better in the regular season and went one round further in the Big Ten Tournament, losing to the No. 4 Maryland Terrapins in the semifinals on March 7.

Brenna Wise, who led the team in rebounds with 5.9 per game, is the only player the Hoosiers lose to graduation. Wise’s calming influence as one of the team’s emotional leaders will be difficult to replace, however. She may have missed out on an NCAA Tournament run as a senior, but she certainly helped the Hoosiers reach unprecedented heights.

A program changer. ⚪️
Leader of the Hype Zone.
Forever a Hoosier. ❤️