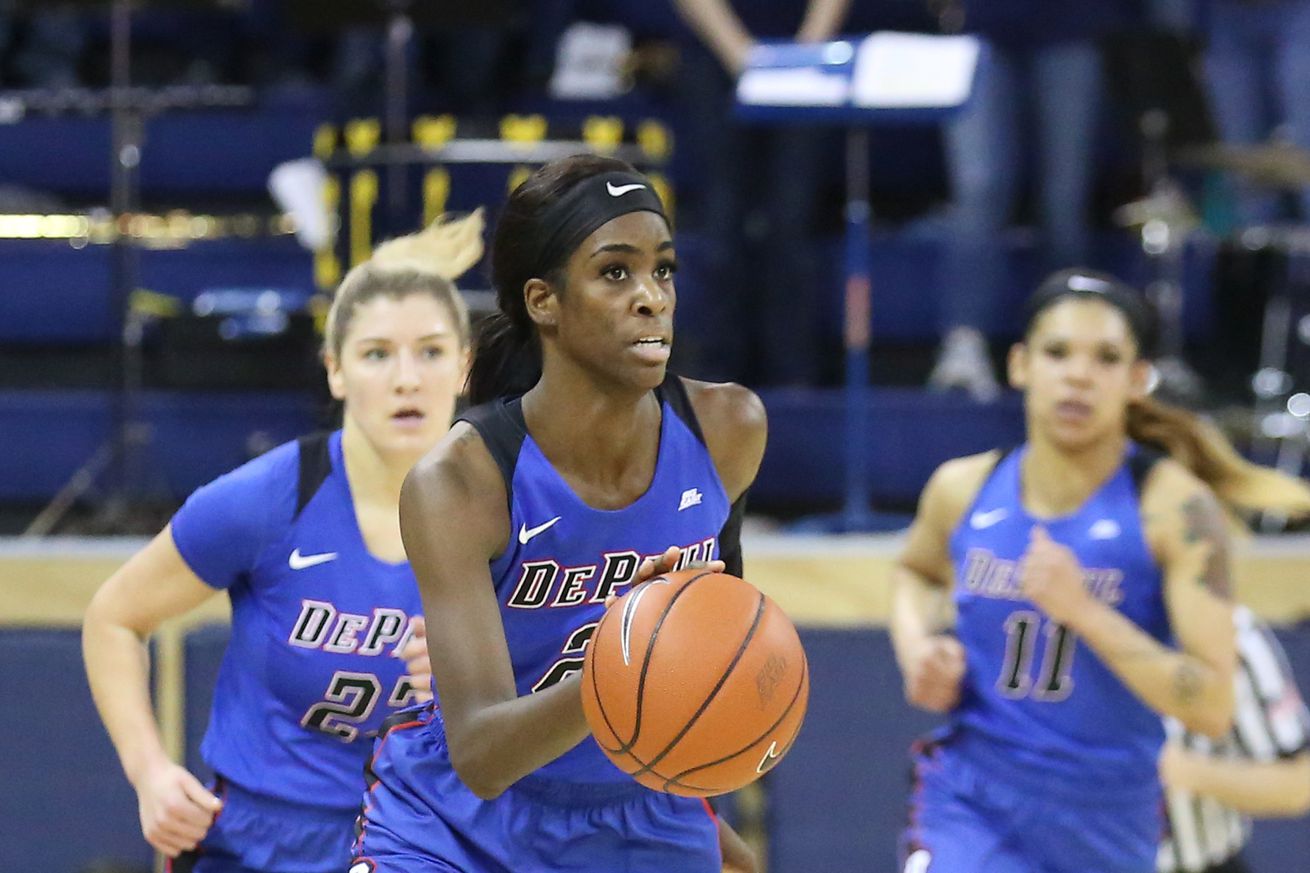 What didn’t seniors Chante Stonewall and Kelly Campbell do during the DePaul Blue Demon’s 2019-20 season?

DePaul attained a 28-5 record, going 15-3 in Big East play, to win the regular-season conference championship for the sixth time in seven years. The Blue Demons then captured their third-straight Big East tournament title and finished the season ranked No. 15 in the AP Poll and No. 14 in the Coaches Poll.

While by no means a two-woman team, the ways in which Stonewall and Campbell captained the Blue Demons’ success is clear — in terms of both quantifiable statistics and unquantifiable leadership.

No. 13/13 @DePaulWBBHoops' 97-65 victory over Xavier on Sunday clinched at least a share of the @BIGEASTWBB regular-season title---the Blue Demons' sixth in the last seven years.

Stonewall was dynamo and served as the versatile cog of the nation’s second-best scoring offense with her 17.4 points per game. Her athleticism also made her a force on the other end of the floor, exemplified by the 2.2 steals she snagged per game.

Because these stats translated into wins, Stonewall accumulated numerous awards. She was named All-Big East First Team, Big East Defensive Player of the Year and Big East All-Tournament Team. She also was a WBCA and AP All-America Honorable Mention.

Stonewall’s honors extended beyond the hardwood as well.

She earned the Big East Women’s Basketball Scholar-Athlete of the Year Award and was named to the CoSIDA Academic All-America Team.

Both Stonewall and Campbell were NACDA Women’s Basketball Scholar-Athlete Team.

Campbell was the recipient of the Big East Women’s Basketball Sportsmanship Award.

Campbell joined Stonewall in collecting awards for her work on the court.

She was the most efficient point guard in the nation, recording the best assist-to-turnover ratio for the 2019-20 season. She also posted the nation’s fifth-best 3-point shooting season, converting 46 percent from behind the arc. These statistical achievements contributed to her earning a spot on the All-Big East Second Team and consideration for the Nancy Lieberman Award. Campbell also was named to the Big East All-Tournament Team.

Yet, the departures of Stonewall and Campbell does not mean DePaul will not return to the top of the Big East next season.

The 2019-20 team included five freshmen and four sophomores, highlighted by Big East Most Improved Player of the Year Sonya Morris, and three juniors, including All-Big East Honorable Mention and 3-point markswoman Lexi Held. The Blue Demons will bring back a young but experienced team that also will receive a boost from graduate transfer Courtney Fredrickson, who previously played at Wisconsin.

In total, DePaul should be equipped to contend with some team called UConn, which will be back in the Big East next season.

WNBA cuts will be finalized this week