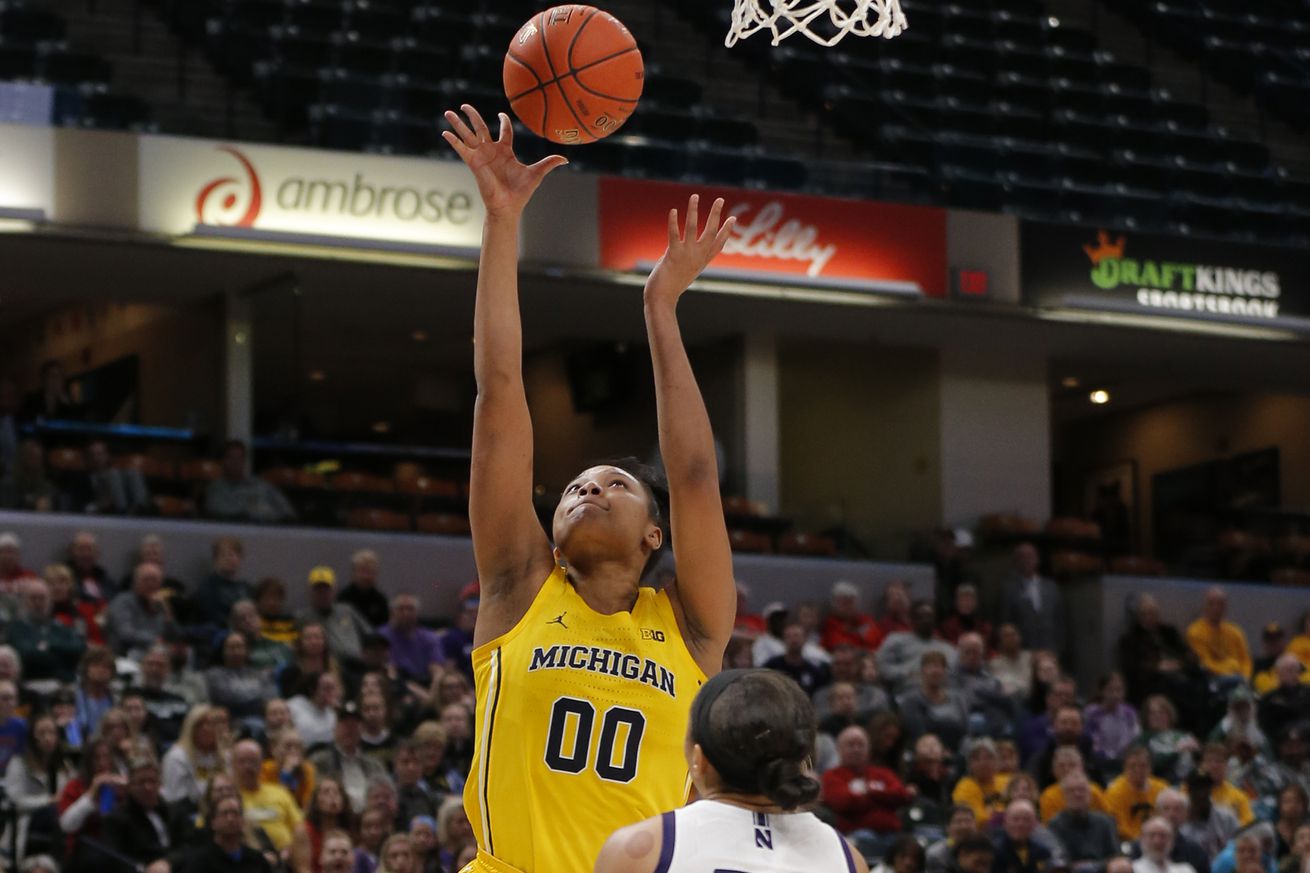 Naz Hillmon (00) had a fantastic sophomore season for the Wolverines. | Photo by Jeffrey Brown/Icon Sportswire via Getty Images

Naz Hillmon and Amy Dilk powered the Michigan Wolverines to a phenomenal season of big improvements after their standout freshman campaigns. Just imagine what they’ll do as juniors.

The Michigan Wolverines finished seventh in the Big Ten with a 21-11 (10-8 Big Ten) record, completing their ninth straight 20-win season. Eight of those 20-win seasons occurred under Coach Kim Arico, who came onboard in 2012.

Naz Hillmon, the 2019 Big Ten Freshman and Sixth Player of the Year got even better in her second season. She was named to the All-Big Ten First Team for the second year running after improving her scoring production from 13.1 points to 17.4 points per game — fifth-best in the conference. She ranked third in the Big Ten in rebounding with 8.7 boards per game.

She joins Katelynn Flaherty as sophomores in program history to earn the honor. #goblue pic.twitter.com/VVnBGPXMqB

Fellow sophomore Amy Dilk averaged 11.6 points per game, up from 7.2 points as a freshman. Dilk’s 4.5 assists per contest ranked fifth in the Big Ten. Her improvements were rewarded with an All-Big Ten Second Team honor.

282 assists (and counting!) through two seasons for @amydilk, the second-highest total for a sophomore in program history. #goblue pic.twitter.com/j2IIKQjBvH

The Wolverines will lose two seniors going into 2020 but retain talented players to keep them competitive in the Big Ten. Look for Michigan to get even better next season and return to the NCAA Tournament.