NCAAW Season Recap: No. 26 Arizona State Sun Devils were a tough out 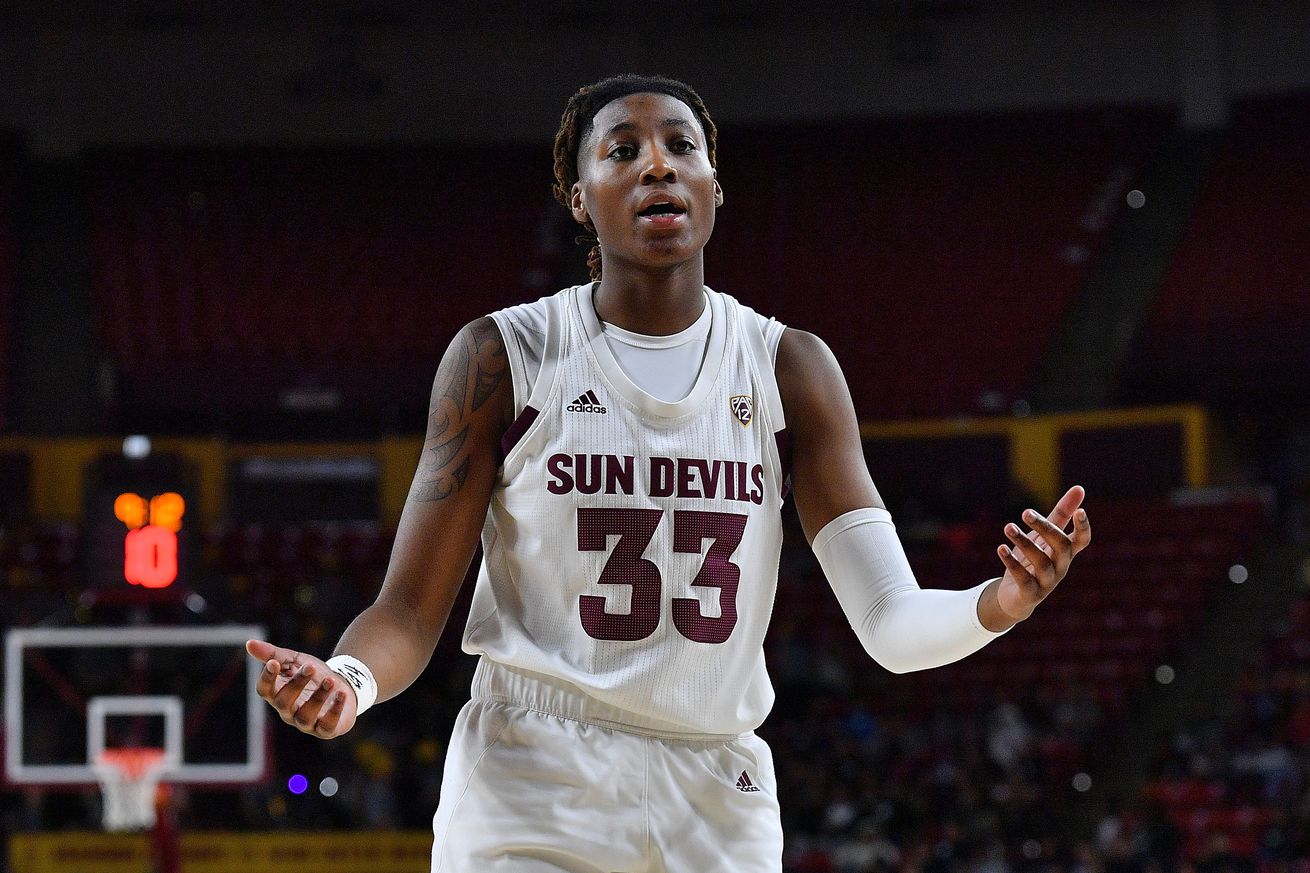 Ja’Tavia Tapley had her best collegiate season as a graduate transfer with Arizona State. | Photo by Sam Wasson/Getty Images

The Arizona State Sun Devils were a tough, defensive team that could have finished higher in the Pac-12 than they did. Big wins over Oregon and Oregon State highlighted ASU’s season.

The Arizona State Sun Devils finished sixth in the Pac-12 with a record of 20-11 (10-8 Pac-12), recording their seventh straight 20-win season. The Sun Devils’ most memorable moments of the season were their wins over Oregon and Oregon State, both of which occurred in the same weekend.

DOWN GOES NO. 3‼️@SunDevilWBB upsets No. 3 Oregon State!

It is the first time since 2010 that an @ncaawbb team has beaten AP Top 5 teams in consecutive regular season games! pic.twitter.com/JyB9iWYZHd

Arizona State was on its way to extending its six-year streak of qualifying for the NCAA Tournament prior to the tournament’s cancellation. Arizona State’s season ended with an upset loss to the California Golden Bears in the first round of the Pac-12 Tournament.

The Sun Devils were better than their record suggests, as six of their eight conference losses were by 10 points or fewer. This refusal to get blown out could have made them a dangerous team in the Big Dance.

Graduate transfer Ja’Tavia Tapley was named All-Pac-12, as voted on by the media, after her best collegiate season. Tapley lead the Sun Devils with 11.6 points and 6.2 rebounds, scoring in double figures in 20 games.

With five seniors departing, Arizona State will be losing four of its top scorers. The Sun Devils have a lot to replace if they want to compete for a spot in next year’s NCAA Tournament.