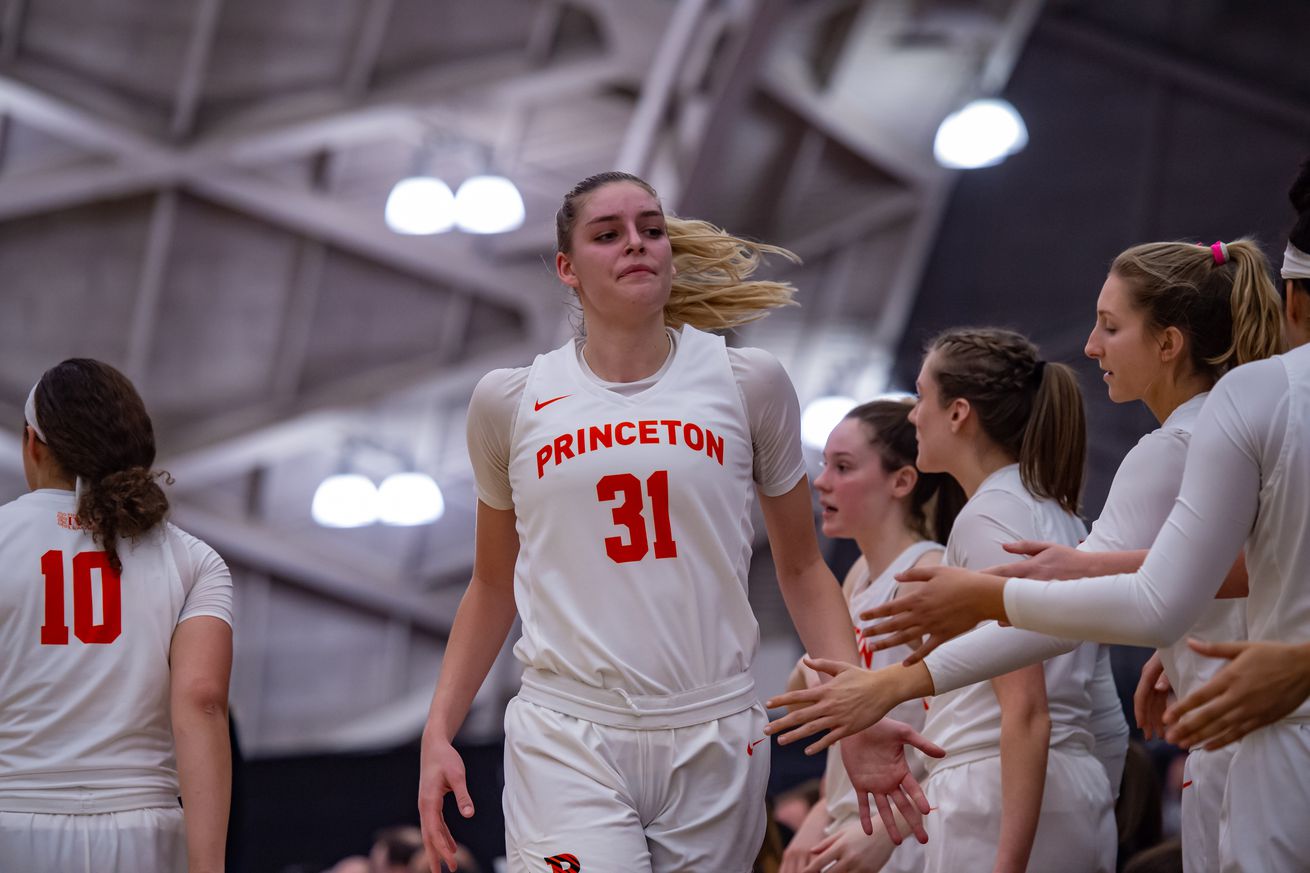 Bella Alarie’s (No. 31) name has become synonymous with Princeton women’s basketball, but the Tigers were far from a one-woman show this season. | Photo by John Jones/Icon Sportswire via Getty Images

Everyone who follows women’s college basketball knows how talented Princeton forward Bella Alarie is. For every stellar individual performance by Alarie, however, the Tigers got even more out of their defense, putting up eye-popping numbers en route to a near-perfect season.

Dominant teams are more often than not defined by their star players.

In Princeton’s case, that star player is 6-foot-4 forward Bella Alarie. Alarie — who is projected by many as a first-round pick in the upcoming 2020 WNBA Draft — won her third consecutive Ivy League Player of the Year award after leading Princeton in scoring (17.5), rebounding (8.6) and blocked shots (2.3).

A team doesn’t go 26-1 over the course of a season, however, solely on the back of one player, no matter how good she is. The Princeton Tigers may have had the best player in the conference in Alarie, but they also had the Ivy League’s most stifling defense — by far.

A look at the numbers might result in a double-take. Per Her Hoop Stats, Princeton led the entire NCAA in points allowed per 100 possessions, edging out annual powerhouses Baylor and UConn in that metric.

Delving deeper, the Tigers ranked fifth in the country in both steal rate (13.9 percent) and block rate (15.5 percent). It wasn’t just difficult to score on Princeton; it was hard to even get a shot off.

Perhaps the most impressive facet of Princeton’s defense, though, was its ability to keep opponents from assisting on their shots. The Tigers’ opposing assist/turnover ratio of 0.44 led the country (once again topping Baylor); a flat-out ridiculous number when added to the team’s block and steal numbers.

Take this incredible defense, add in an All-American and future WNBA player and sprinkle in an experienced, precise offense (14.6 percent turnover rate — 12th in the NCAA) for good measure, and it’s easy to see how Princeton cruised to a perfect 14-0 Ivy League record. The games weren’t even particularly close; the Tigers outscored opponents by an average of 33.5 points per 100 possessions.

Of course, Iowa was by far the strongest team on Princeton’s 2019-20 schedule, and detractors will point to the Ivy League as weaker competition. It’s disappointing, then, that the COVID-19 pandemic robbed us of the opportunity to watch the Tigers in the NCAA Tournament — because they might just have been for real.