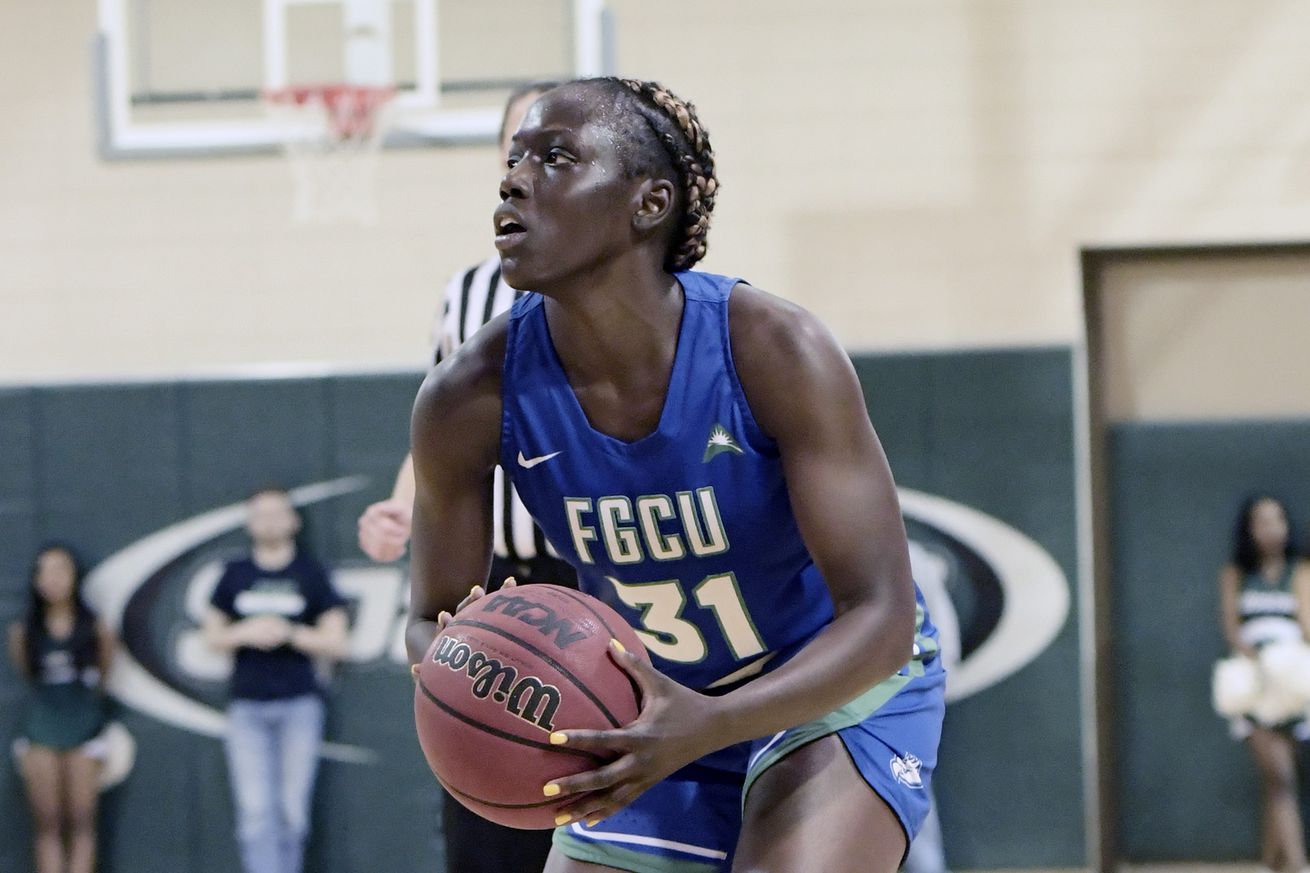 Florida Gulf Coast’s Nasrin Ulel demonstrates what she and the Eagles did best — drain it from deep. | Getty Images

Throughout the 2019-20 season, the Florida Gulf Coast Eagles were raining threes. Their exciting brand of offense resulted in a 30-3 record, their 10th Atlantic Sun regular-season championship and a share of the tournament championship.

For the Florida Gulf Coast Eagles, the 2019-20 season was fun in the ASUN!

The Eagles won the Atlantic Sun regular-season championship for the 10th time in 12 seasons, going 15-1 in conference play.

A fast-paced offense fueled Florida Gulf Coast’s dominance, with the Eagles players sharing, shooting and scoring the ball with great success. In conference action, they averaged 15.7 assists per game and scored 78.6 points per game — both, the best marks in the ASUN.

The Eagles also were the nation’s most prolific 3-point shooting team, sinking 12 threes per game at a more than respectable 34.3 percent.

Florida Gulf Coast did not falter on the other end of the floor either, holding opponents to only 58.3 points per game.

Jewett-Giles, who averaged 16.7 points, 3.6 assists and 2.6 steals per game, also was a regional finalist for the WBCA All-American Team.

Additionally, Florida Gulf Coast added a trophy to its ever-expanding case that may be considered just somewhat satisfying — the ASUN co-championship with Liberty University after conference tournament was aborted due to the coronavirus pandemic.

Before the ASUN Tournament’s cancellation, Florida Gulf Coast rather easily dispatched Lipscomb in the quarterfinals, 105-71, and North Florida in the semifinals, 73-57.

During the regular season, Florida Gulf Coast toughed out two wins against Liberty, suggesting the Eagles likely would have been the sole champion of the ASUN Tournament had the championship game been played.

On Jan. 6, a pair of double-doubles from Jewett-Giles and Adderly pushed the Eagles past the Flames, 64-57. On Feb. 1, Florida Gulf Coast defeated Liberty, 74-65, when redshirt junior Kerstie Phills drained five 3-pointers on her way to a game-high 19 points and senior Nasrin Ulel stuffed the box score with 18 points, six rebounds, five assists, one block and one steal.

It also was likely the Eagles could have taken a victory or two in the NCAA Tournament, especially if their 3-balls were falling. Earlier in the 2019-20 season, the Eagles impressed at the Cancun Challenge, indicating they would have been more than ready for a Cinderella run.

Here’s our version of One Shining Moment, featuring this year’s Eagles!#RainingThrees pic.twitter.com/NyFmZ4dDZa