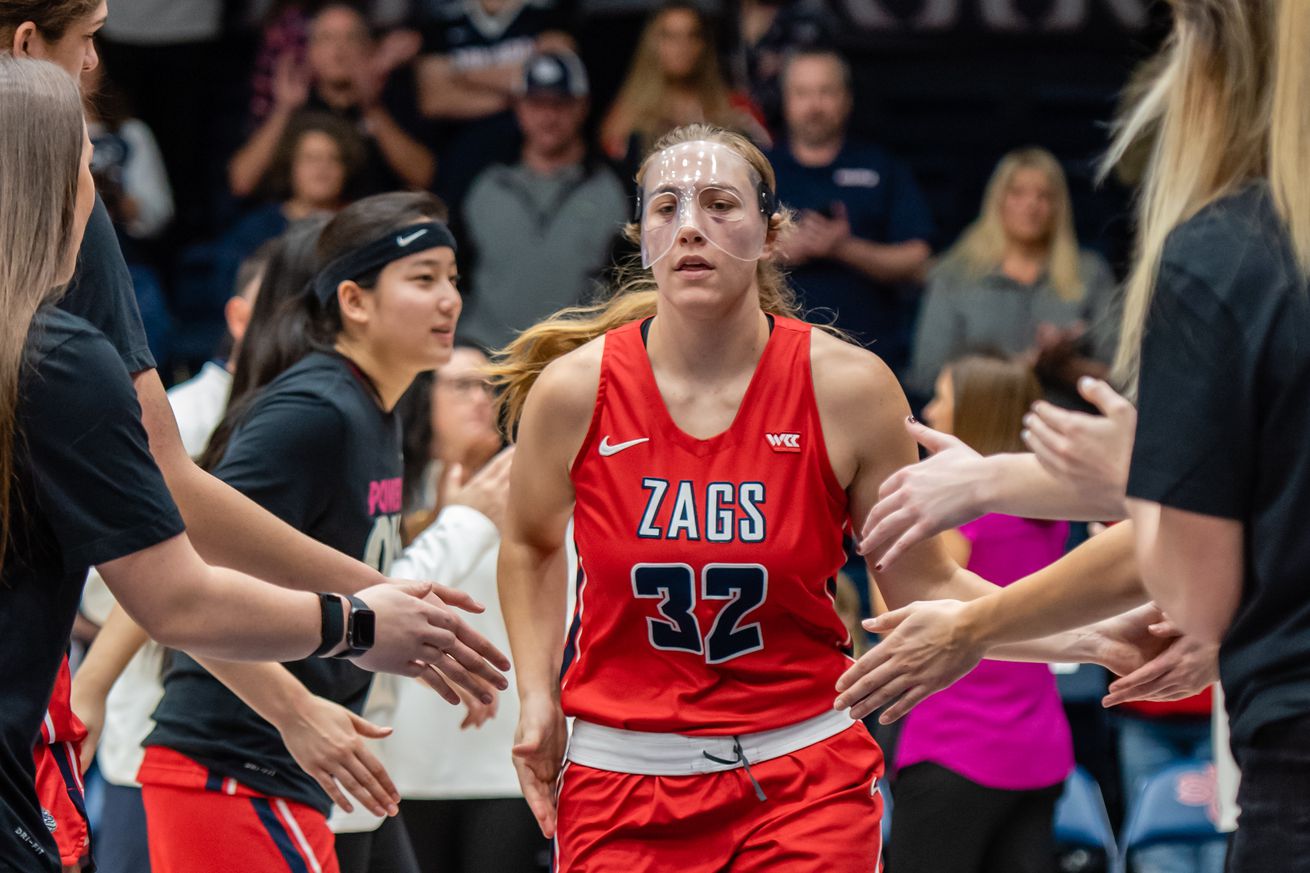 Jill Townsend, the WCC Player of the Year, is hoping for tournament glory in 2021. | Photo by Douglas Stringer/Icon Sportswire via Getty Images

The Gonzaga Bulldogs were set to represent the West Coast Conference in the NCAA Tournament after yet another impressive regular season. The Bulldogs were led by WCC Player of the Year Jill Townsend.

The Gonzaga Bulldogs won the West Coast Conference regular-season title for the 15th time in 16 seasons, going 28-3 (17-1 WCC). The Bulldogs’ most notable games the season include victories over Purdue, 2019 Cinderella Missouri State and an overtime loss to Stanford. Gonzaga was denied the West Coast Conference tournament title for the second year in row after losing to eventual champion Portland in the semifinal.

The Bulldogs had several players recognized in the West Coast Conference postseason awards. Junior guard Jill Townsend took the WCC Player of the Year award and made the All-WCC First Team in her first year as a starter at Gonzaga. Townsend averaged 12.4 points, 5.6 rebounds and shot 41 percent from beyond the arc.

Junior forward Jenn Wirth was Gonzaga’s second player named to the All-WCC First Team. The forward averaged 10.8 points, 6.9 rebounds and scored in double figures in 18 of her 31 games.

Senior guard Katie Campbell made the All-WCC Second Team despite a season-ending knee inury suffered on Feb. 1 against the BYU Cougars. Campbell averaged a career-high 11.0 points while shooting 46 percent from the floor and 43 percent from downtown.

Senior guard Jessie Loera took advantage of becoming a full-time starter by being named a WCC Honorable Mention. Loera was a not a big-time scorer with just 7.5 points, but ranked second in the conference with 4.8 assists.

Expect Gonzaga’s juniors to return next season and continue their quest to win a conference tournament championship and NCAA Tournament glory. Enjoy your Bulldog wallpaper!