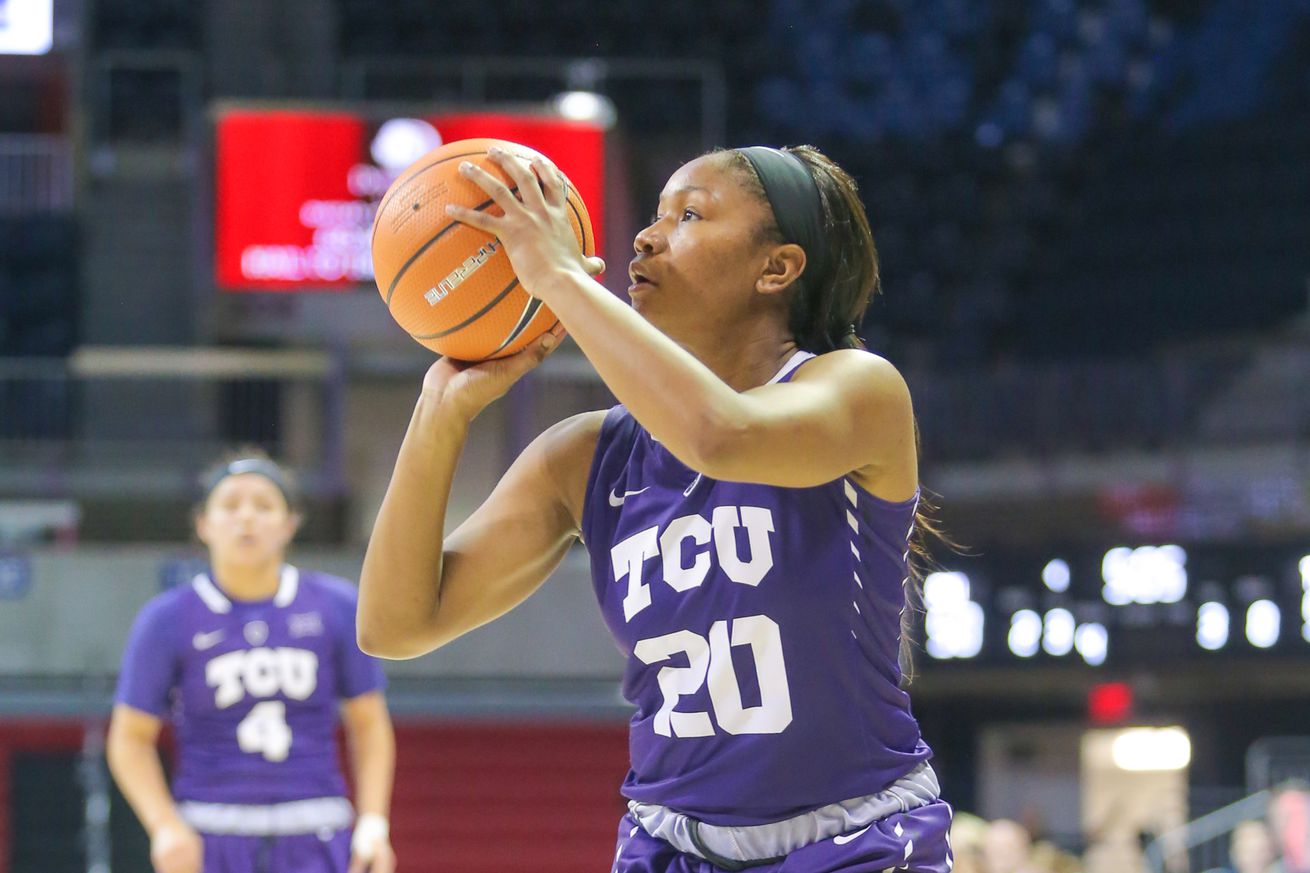 Lauren Heard made first team All-Big 12 as junior, just the third player in program history to be named. | Photo by George Walker/Icon Sportswire via Getty Images

TCU has been quietly building up its program in the past few seasons. Led by All-Big 12 First-Teamer Lauren Heard, don’t expect the Horned Frogs to stay under the radar for much longer.

The Baylor Lady Bears hold center court in the Big 12 these days, but 90 minutes away, TCU head coach Raegan Pebley has been quietly toiling 23-plus win seasons over the past three years. In 2019-20, TCU finished 22-7 overall and 13-5 in Big 12 play.

TCU’s senior class will leave a lasting impression on the program. They finished second in the conference standings, started the season off with a program-best 7-0 record and were projected to make the NCAA Tournament for the first time in a decade. Senior Kianna Ray racked up conference honors: All-Big 12 First Team, Big 12 All-Defensive Team and Academic All-Big 12 First Team. Senior Jayde Woods made All-Big 12 Honorable Mention.

TCU’s seven losses came mostly from in-state foes: Texas, Baylor, Texas Tech, Texas A&M and finally an out-of-state opponent, Middle Tennessee. TCU put together one of the more valiant efforts against Baylor this season in a 66-57 loss at home. A few notables from that matchup:

• The TCU defense forced 18 Baylor turnovers — the most turnovers the Lady Bears have tallied since totaling 21 against Lamar on Nov. 21, 2019.

• Baylor shot a season-low 40 percent from the free throw line, while TCU’s 82.4 free throw percentage was its second-best mark of the season.

Remember the name Lauren Heard. She’s a local product who averaged 18.4 points and 6.6 rebounds per game as TCU’s sole junior, earning All-Big 12 First Team honors. Heard is just the third player in program history to be named to the conference’s First Team.

The state of Texas is notoriously known as a battlefield for basketball recruiting, so Pebley’s staff deserves credit for what it has put together. This week, former Texas A&M guard Aaliyah Jackson announced on Twitter that she’s transferring to TCU in the fall. Anticipate TCU to go through growing pains next season, considering it has six seniors graduating. Pebley will no doubt reload with talent.