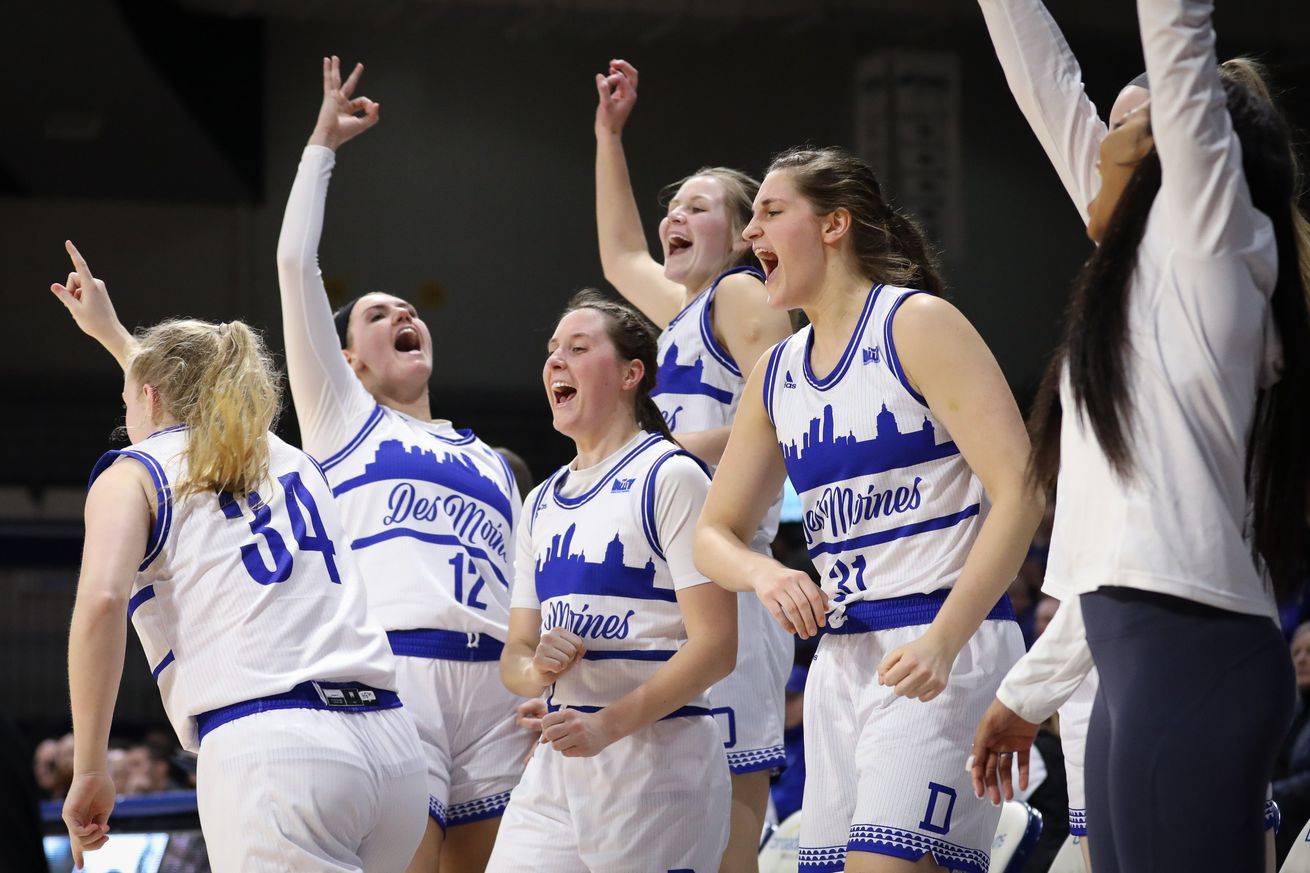 No team in the NCAA was better at sharing the basketball in the 2019-20 season than Drake. | Photo courtesy of Drake Women’s Basketball via Twitter

The Drake Bulldogs are known for uptempo, exciting offense, and their 2019-20 season was a masterclass in both scoring efficiency and unselfish play. The Bulldogs may not have won the Missouri Valley Conference outright, but they were still good enough to earn a No. 9 seed in our hypothetical NCAA Tournament bracket.

The Drake Bulldogs have been one of the highest-scoring teams in the NCAA year in and year out for quite a while now. Under head coach Jennie Baranczyk, the Bulldogs had won three straight Missouri Valley Conference (MVC) titles, putting together a ridiculous 53-1 conference record over that span.

Drake continued that excellence in 2019-20. Though the Bulldogs weren’t quite as dominant as in previous seasons — they finished 14-4 in MVC play, second to conference champion Missouri State — their trademark offense was as impressive as it’s ever been.

Led by three-time MVC Player of the Year Becca Hittner (19.1 points per game, 40.8 percent 3-point shooting), Drake fielded one of the highest-scoring — and most efficient — offenses in the NCAA. The Bulldogs ranked sixth in the country in points per game (81.9) and ninth in points per 100 possessions (107.1), proving that their scoring outputs weren’t just a product of pace. Drake is a well-coached, fundamentally sound offensive team.

Look no further than Drake’s distribution numbers. The Bulldogs were second to none in assists rate, assisting on 72.1 percent of their baskets. Unselfish possessions like the following were not at all uncommon for the Bulldogs this season:

Joining Hittner on the MVC All-Conference Team was redshirt senior forward Sara Rhine, who averaged 17.9 points per game on an incredible 1.42 points per scoring attempt, which ranks third in the nation.

Such efficiency was undoubtedly a huge part of Drake’s success. They shot 56.8 percent from 2-point range as a team, ranking second in that category in the NCAA.

While Drake lost both regular-season matchups against MVC champion Missouri State, the Bulldogs likely still would have qualified for the NCAA Tournament, and it’s a shame that we won’t see their fun offense compete against the country’s best.

Rather than drawing a game plan up, Baranczyk now will spend her time figuring out how to replace the production of Hittner and Rhine heading into next season — a tall task.