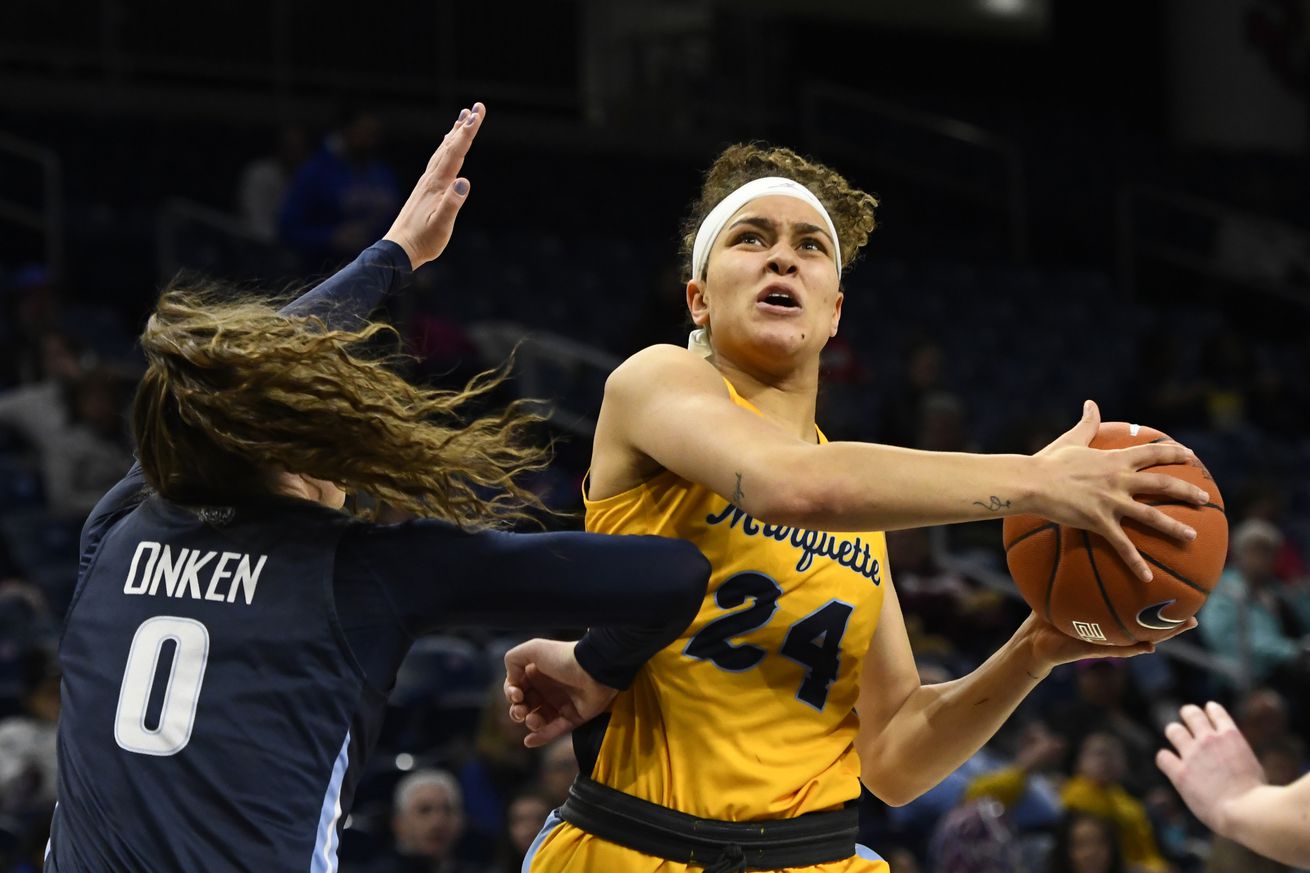 Selena Lott and the Marquette Golden Eagles gave their all for first-year head coach Megan Duffy and shocked the Big East by finishing in second place. Their victories over DePaul and other teams in the top-heavy conference would have taken them off the bubble and into the NCAA Tournament.

The Golden Eagles (24-8) went to the Big East Tournament championship game for the second season in a row and earned a 10-seed in our bracket despite losing former Big East Players of the Year Natisha Hiedeman and Allazia Blockton, who powered the team to the second round of the 2019 NCAA Tournament.

The Golden Eagles defeated the Villanova Wildcats and St. John’s Red Storm handily in the quarterfinals and semis of this year’s Big East Tournament. On March 9, they lost to the No. 15 DePaul Blue Demons in the championship game, stripping away an automatic bid. The COVID-19 outbreak subsequently took away any hope of an at-large one.

Marquette was expected to take a big step down from last year’s 27-8 record that earned it a five-seed at the Big Dance. Not only did Hiedeman and Blockton graduate, but head coach Carolyn Kieger, who led the Golden Eagles to the national tournament’s second round in 2018 as well, accepted a job as head coach of the Penn State Nittany Lions.

Proving the doubters wrong, first-year coach Megan Duffy went ahead and won Big East Coach of the Year in her first season in Milwaukee.

Junior guard Selena Lott filled in some big backcourt shoes admirably, with 15.5 points and 5.6 assists per game, the latter of which ranked 15th in the nation. Lott’s accomplishments were recognized with her selection as a member of the All-Big East Second Team.

The Golden Eagles got off to a 9-2 start in non-conference play, but lost their first two games of Big East play before settling into a groove. By the end of the season, they were in second place at 13-5, trailing only the Blue Demons (15-3). There was a five-way tie for third, with the Creighton Blue Jays, Seton Hall Pirates, Butler Bulldogs, Villanova and St. John’s all finishing at 11-7.

Marquette defeated all of those teams at least once this season, including DePaul on March 1, to boost an already solid resume.