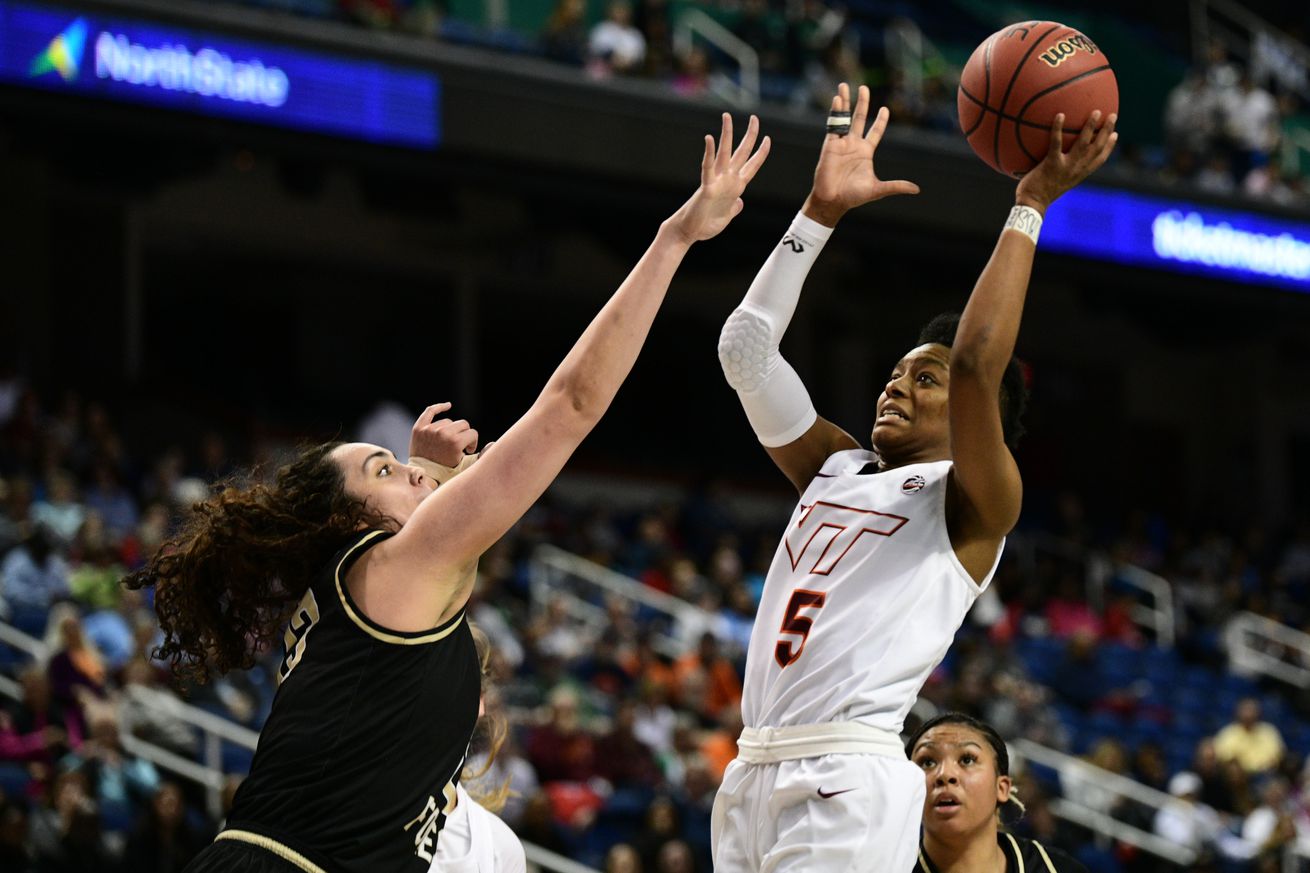 Graduate transfer point guard Taja Cole led her team on the court and in the box score, averaging 6.5 assists per game. | Photo by William Howard/Icon Sportswire via Getty Images

The Virginia Tech Hokies may have been bounced in the first round of the ACC Tournament, but they were strong enough in the regular season to earn a No. 10 seed in our hypothetical NCAA bracket.

The Hokies may not be the most well-known program in the ultra-competitive Atlantic Coast Conference (ACC), but they’ve gotten better and better since hiring Kenny Brooks as head coach in 2016. Virginia Tech has won 20 or more games in every season with Brooks at the helm, with 2019-20 being its most successful yet.

ACC play hadn’t been kind to the Hokies prior to 2019-20, but they cobbled together an 11-7 conference record this time around, with their most impressive wins coming against Boston College (70-49 on Jan. 23) and Duke (70-56 on Feb. 27). Virginia Tech was upset by Wake Forest in the first round of the ACC Tournament, but there were still plenty of positives for Brooks and company to build upon.

In particular, graduate transfer Taja Cole turned out to be everything the Hokies had hoped for. Cole — who ranked fifth in the country in assists per game (seven) last season for Georgia — continued her selfless ways at Virginia Tech, handing out 6.5 assists per game and assisting on 35.5 percent of her teammates’ baskets, per Her Hoop Stats.

Perhaps the most encouraging individual performance, though, came from freshman center Elizabeth Kitley. She made an immediate impact for the Hokies, scoring 27 points on 13-of-15 shooting in her first collegiate game, and never looked back. Kitley finished the season averaging 12.5 points, 7.5 rebounds and 2.1 blocked shots per game, earning herself a spot on the All-ACC Freshman Team.

Kitley’s development will be critical for the Hokies moving forward. At 6-foot-5, she’s set to become one of the top frontcourt players in the ACC with Beatrice Mompremier (Miami), Kiah Gillespie (Florida State) and Kylee Shook (Louisville) all graduating. Watch out for Kitley and Virginia Tech in 2020-21.