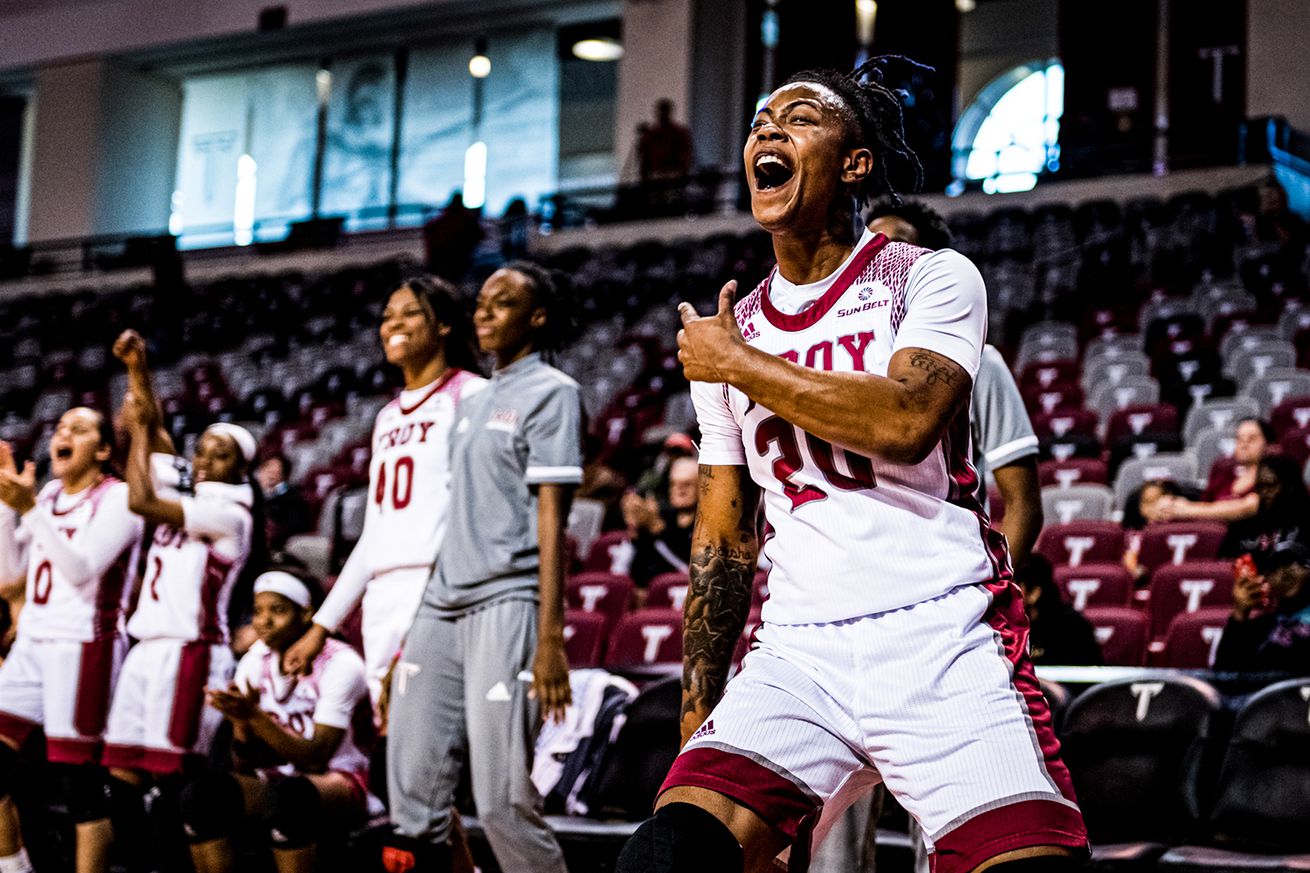 Japonica James (20) improved upon her junior season and went out with a bang. | Photo courtesy of Troy women’s basketball via Twitter.

The Troy Trojans needed to win their last six games to win the Sun Belt regular season for the first time ever — and they did. Japonica James, Alexus Dye and Jasmine Robinson led the way for Troy, which finished a one game ahead of the Coastal Carolina Chanticleers.

The entire Sun Belt Tournament was canceled this year due to the COVID-19 pandemic, but not before the Trojans ended the season on a six-game winning streak to claim the regular season title.

Troy (25-4, 16-2 Sun Belt) outlasted the Coastal Carolina Chanticleers, who were upset in their final regular season game and finished at 15-3.

The Trojans, who impressively led the nation with a rebounding margin of 15.4, split with the Chanticleers in the regular season. The teams met in their first conference game on Jan. 2, with Troy defeating Coastal Carolina, 84-77. The Chanticleers claimed revenge, however, with a 124-103 victory over the Trojans on Feb. 13 that moved both teams to 10-2.

So, in storybook fashion, the six-game win streak (plus a little help from the Appalachian State Mountaineers, who defeated Coastal Carolina in that final game on March 7) placed the Trojans in our bracket. They have now won three regular-season titles in their history, and this year marks their first as a member of the Sun Belt Conference, which they joined in 2005.

The not-so-storybook cancellation of the Sun Belt Tournament leaves 1997, 2016 and 2017 as the three years in which the Trojans earned an outright NCAA Tournament bid.

Troy senior forward Japonica James led the team in scoring this year with 13.3 points per game and was named to the All-Sun Belt First Team. Juniors Alexus Dye and Jasmine Robinson made the Second and Third team, respectively. James came off the bench in 21 contests and played just 19.6 minutes per game. Dye came off the bench 16 times and averaged 19.1 minutes.