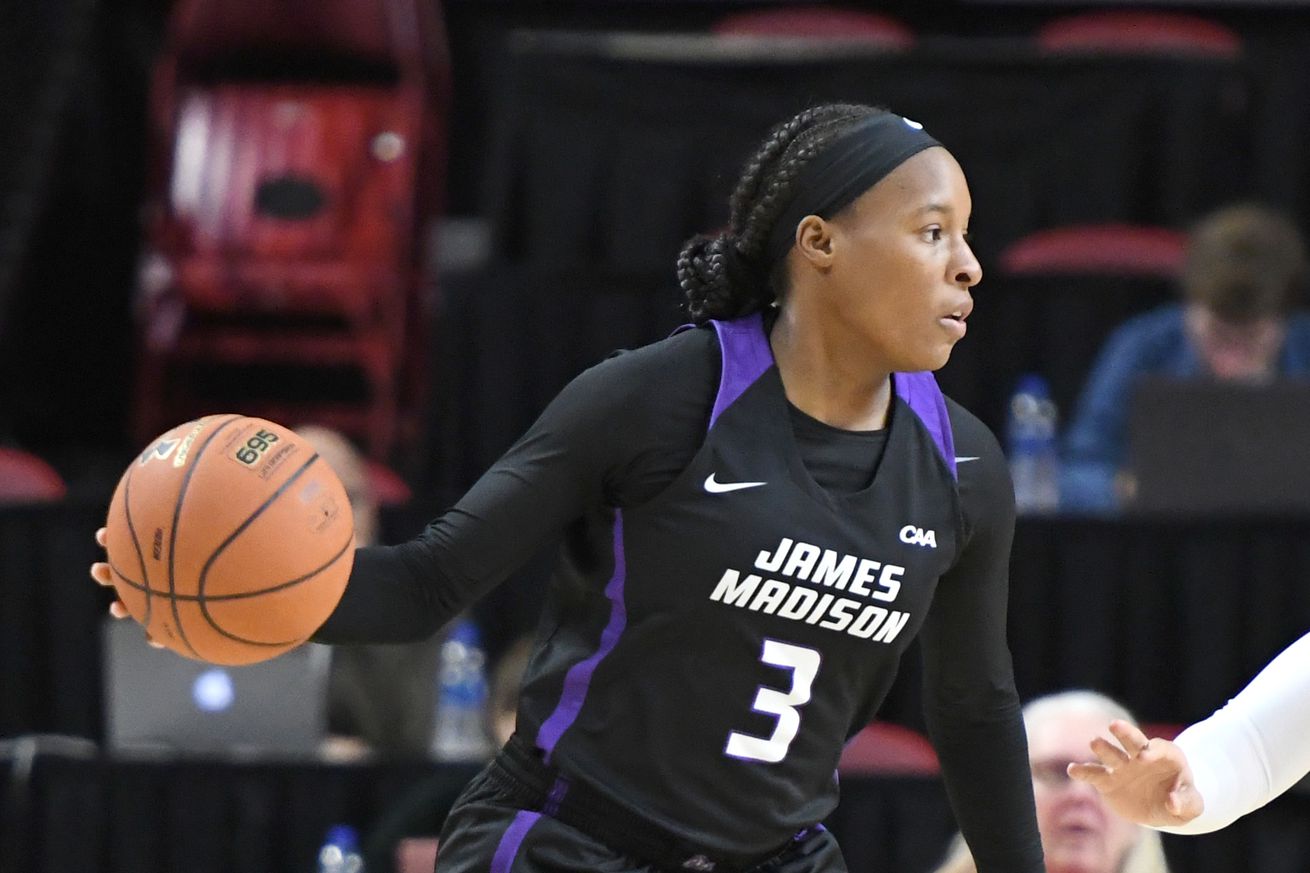 By finishing the 2019-20 season on a nine-game winning streak, the James Madison Dukes claimed a share of the Colonial Athletic Association regular-season championship. A conference tournament title and an upset (or two) in the NCAA Tournament also seemed in store for JMU.

With a 67-53 victory over the William & Mary Tribe in the final game of the regular season, JMU claimed a share of the Colonial Athletic Association (CAA) regular-season championship for the third season in a row. They were slotted as the No. 2-seed in the CAA tournament, slated to meet the No. 7-seed Elon Phoenix in quarterfinals when the college basketball season was canceled.

When you remember that you’re the CAA regular-season champions for the 3️⃣rd straight season! #GoDukes pic.twitter.com/ZCDQsmLPDW

Defense drove the Dukes’ success, as they held opponents under 55 points per game for the 2019-20 season.

Redshirt senior center Kayla Cooper-Williams was the anchor of the Dukes’ determined defense, earning the CAA Defensive Player of the Year award for the second consecutive season. During her time at JMU, Cooper-Williams was a swat machine, ranking second all-time in CAA history with 310 blocks; she averaged three blocks per game this season.

Kiki Jefferson was named CAA Rookie of the Year. The freshman guard made a near-instant impact, snagging a starting spot soon after the season began due to her boxscore-stuffing style of play. Jefferson averaged almost 10 points per game, shooting nearly 40 percent from 3-point range. She also averaged over five rebounds and more than one steal per game.

Most impressive was the performance of Kamiah Smalls. The senior guard was a season-long force, receiving CAA Player of the Year honors due to her efficient offensive game. She averaged 18.6 points per game on 47 percent shooting.

Kamiah Smalls lived up to her preseason hype and has been named the @CAABasketball Player of the Year! #GoDukes pic.twitter.com/vdkOtTqrB6

With a stellar postseason, Smalls could have proven that there should be a place for her and her athletic offensive game in WNBA, thus following in the footsteps of JMU legend Tamera Young.

Based on the NCAA Tournament simulation of ESPN’s Charlie Creme, Smalls and the Dukes would have introduced themselves to the wider world of women’s basketball. Creme’s projection had a No. 11-seed JMU team topping the No. 6-seed Ohio State Buckeyes and the No. 3-seed Mississippi State Bulldogs, advancing to the Sweet 16 before falling to the No. 2-seed Stanford Cardinal.