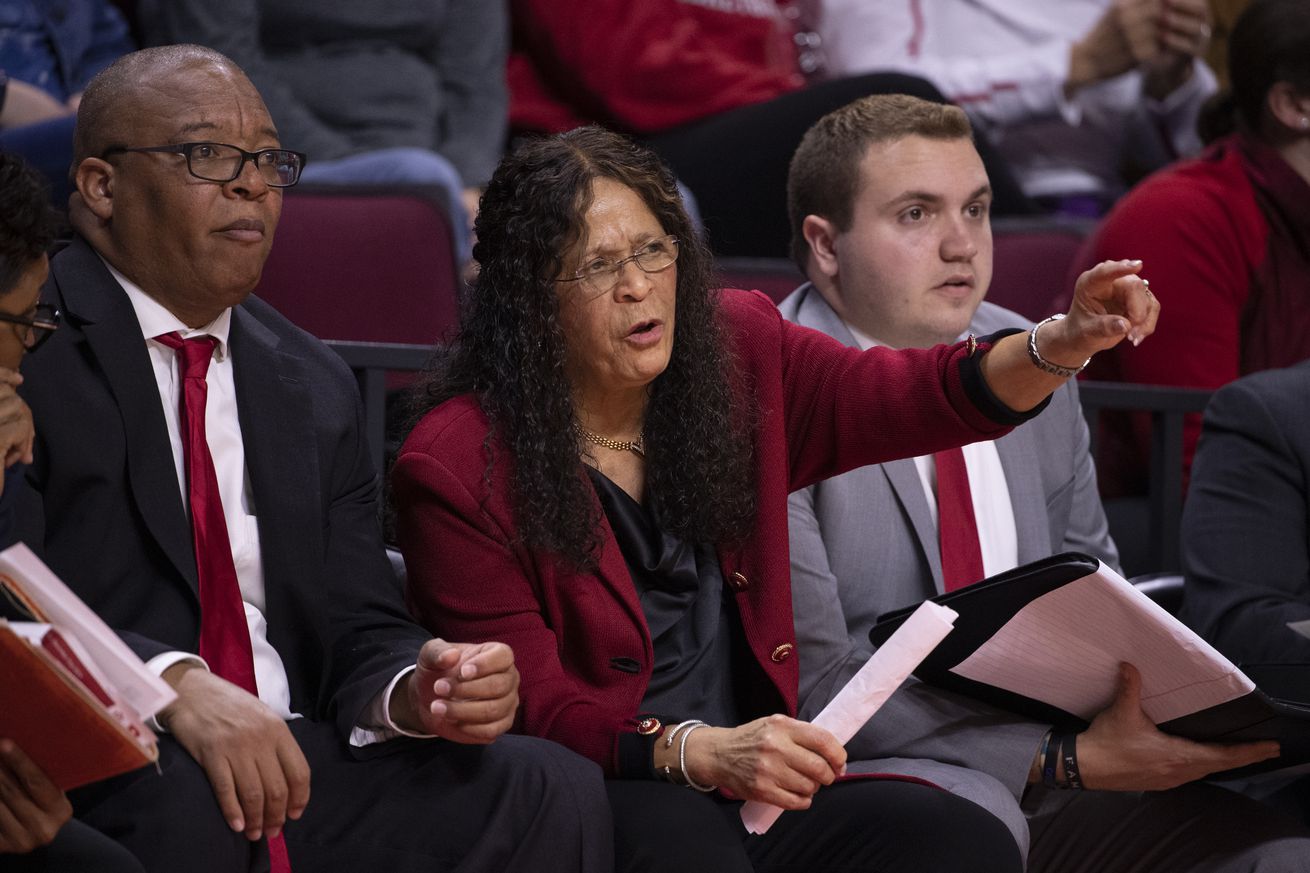 One of the most illustrious coaches in women’s basketball, C. Vivian Stringer (center) had the Rutgers Scarlet Knights competing at their usual high level in 2019-20. | Photo by Benjamin Solomon /Getty Images

The Rutgers Scarlet Knights aren’t going to change the way they play anytime soon under C. Vivian Stringer, but their defensive-minded approach worked this season more often than not.

When one thinks of Rutgers women’s basketball, what immediately comes to mind?

Legendary head coach C. Vivian Stringer would probably be first — in particular, her teams’ year-in, year-out commitment to physical, defensive-minded basketball. Stringer’s Scarlet Knights have also sent their fair share of players to the WNBA over the years, keeping the program relevant at a pro level.

If we’re going by that criteria, the 2019-20 season was a fairly typical one for Rutgers. Stringer’s squad finished 22-9 (12-8 in Big Ten play), and while a deep NCAA Tournament run was unlikely, the Scarlet Knights would have been a headache for just about any opponent.

Per usual, Rutgers’ identity was defense-first. Per Her Hoop Stats, the Scarlet Knights ranked 31st in the nation in steal rate (11.9 percent) and 16th in block rate (13.2 percent) while holding opponents to just 37.6 percent shooting from 2-point range. These factors were all contributors to Rutgers’ stout defensive efficiency: 83.7 points allowed per 100 possessions.

Rutgers didn’t have to lean as heavily on its defense as in years past, however. The emergence of wing Arella Guirantes as a go-to scorer gave Stringer and her team a welcomed added dimension: a player who can create shots when the offense breaks down and get buckets on her own.

Not only did Guirantes’ 20.6 points per game account for nearly a third of her team’s scoring — it was the highest scoring average by a Rutgers player since Cappie Pondexter dropped 21.6 points per game back in 2005-06. Guirantes also chipped in 6 rebounds and 3.1 assists per game, playing 37 minutes per contest as she carried her team’s offensive load.

Stringer and Rutgers can only hope that Guirantes decides to return to school for another season. Guirantes, a junior, is eligible to declare for the upcoming WNBA Draft, and Howard Megdal of High Post Hoops predicts that she will be selected No. 10 overall if she chooses to leave.