NCAAW Season Recap: No. 47 Rider Broncs had been off to the races with automatic bid in sight 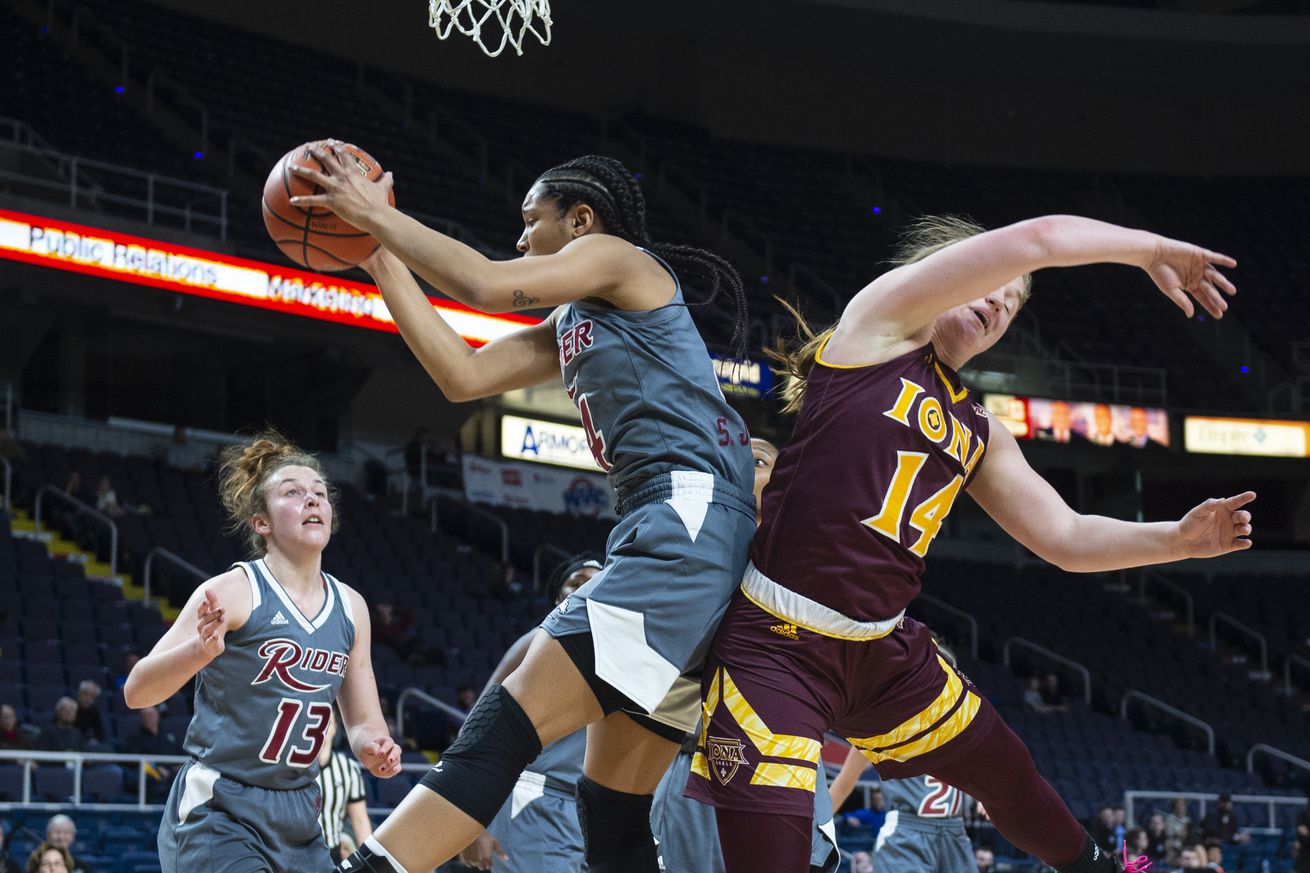 Senior guard Stella Johnson jockeyed the Rider Broncs to the Metro Atlantic Athletic Conference regular-season title and herself to national recognition. The Broncs’ quest for the MAAC Tournament title and automatic bid to the Big Dance was stopped abruptly after the quarterfinals.

The Rider Broncs come in at No. 47 on Swish Appeal’s hypothetical bracket for the now-cancelled NCAA Tournament because of the way they galloped through Metro Atlantic Athletic Conference (MAAC) competition. With a 26-4 record overall and an 18-2 roll in the MAAC, Rider — led by senior guard Stella Johnson — won the conference regular-season championship.

When the NCAA called for an immediate suspension of conference tournaments and canceled the national tournament amid growing concern over the coronavirus pandemic, the Broncs were on a nine-game winning streak after taking down Niagara in a 79-74 quarterfinals victory on March 11.

Had the tournament gone on, the Broncs would have faced either Manhattan or three-time consecutive tournament title-winner Quinnipiac in the semifinals a few days later. Behind Johnson’s steam, the Broncs had a chance to knock Quinnipiac from its MAAC Tournament throne.

Johnson hit the national radar with high-scoring, winning performances. She was a Wade Trophy semifinalist along with Dana Evans (Louisville), Tyasha Harris (South Carolina), Sabrina Ionescu (Oregon) and Aari McDonald (Arizona) — the four of whom went on to become finalists.

Johnson is the program’s first-ever All-American in women’s basketball. She is a finalist for the Nancy Lieberman Award and the Becky Hammon Mid-Major Player of the Year honor.

“We continue to be so proud of Stella and I am thrilled she continues to receive the recognition she deserves for a tremendous season,” Rider head coach Lynn Milligan said of Johnson’s season. “Her work ethic and commitment to the success of our program are second to none.”

Johnson finished the season as the NCAA Division I scoring leader with 24.8 points per game but needed the national tournament to further showcase her skills and become a more viable WNBA Draft pick. Winning the Lieberman award or Hammon honor would elevate her stock.

Though Johnson carried the load this season, she didn’t do it alone. Amari Johnson averaged a double-double with 11.6 points and 10.6 rebounds per game. Swiss native Lea Favre was the team’s second leading scorer with 11.9 points per game behind a team-high 51.8 percent shooting from the field.

The MAAC All-Championship Team is a testament to the Broncs’ team-wide efforts. Along with Stella Johnson, the All-Champs team features seniors Favre, Amari Johnson, Aubre Johnson and Lexi Stover.