NCAAW Season Recap: No. 48 Stony Brook could have made a splash in tourney 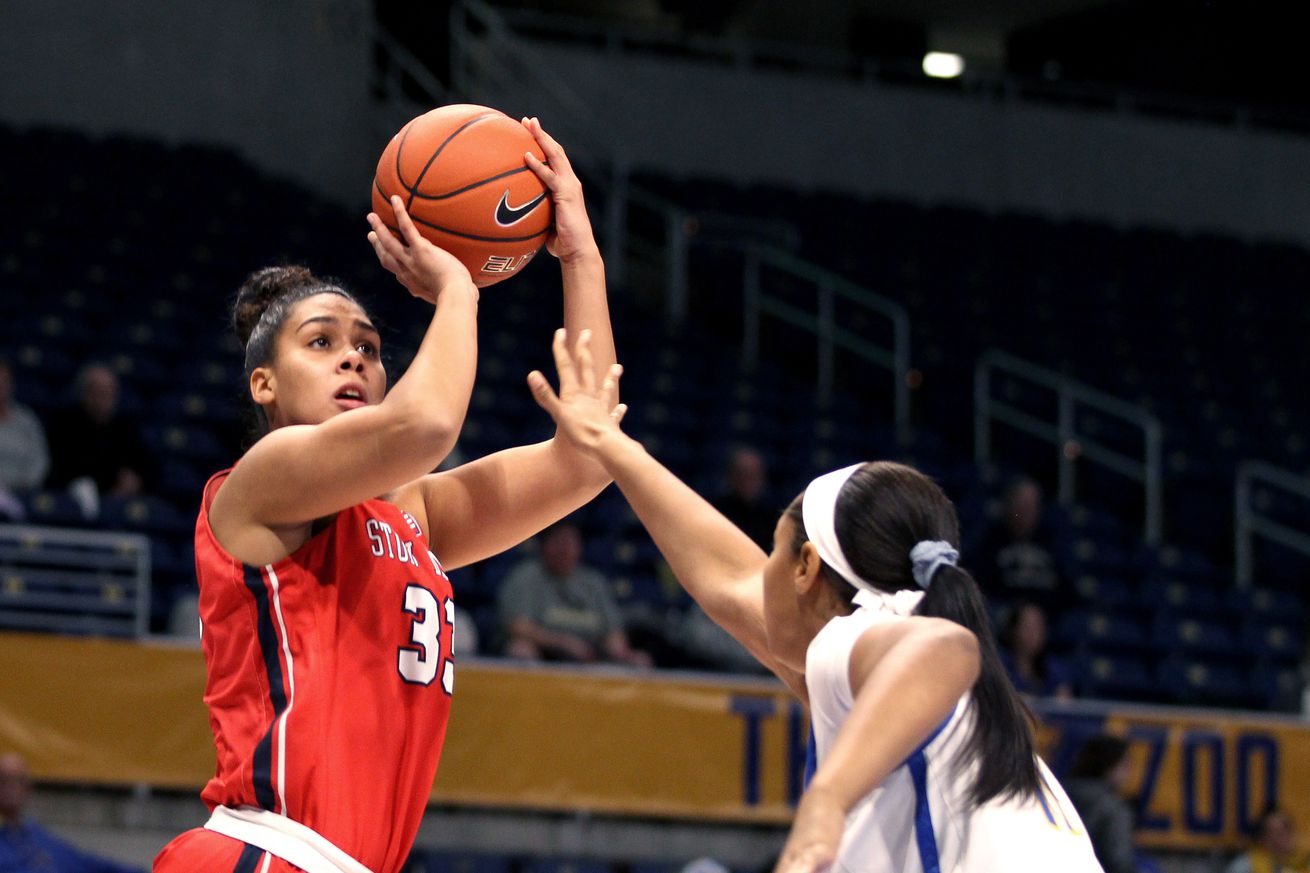 India Pagan (with ball) takes a shot against the Pittsburgh Panthers on Dec. 8. | Photo by Michael Longo/Icon Sportswire via Getty Images

Led by All-America East First Team member India Pagan and Second Team Kaela Hilaire’s distributing talents, the Stony Brook Seawolves would have had a shot at an at-large bid if they didn’t win their conference tournament.

For the Seawolves (28-3, 14-2 America East) it was a year of firsts. They won the most regular-season games (26) that they’ve ever won as a Division I team, captured the America East regular season crown for the first time and received their first-ever votes in the AP and USA Today/WBCA polls.

For helping guide her team to all these accomplishments, coach Caroline McCombs was honored as the America East Coach of the Year.

The Seawolves advanced to the championship game of their conference tournament and were set to take on the Maine Black Bears, but were robbed of the chance to officially say they were heading to the Big Dance for the first time in program history.

In the quarterfinals, they squeaked past the Albany Great Danes 54-49 in overtime, and in the semis they defeated the Binghamton Bearcats 57-42. Stony Brook’s showdown with Maine, however, was canceled due to the COVID-19 pandemic.

It was still a memorable season for Stony Brook, which rose to a No. 12 seed in our bracket and would have been in the conversation for an at-large bid even if it had lost to Maine. The Seawolves were also a perfect 15-0 at home — a feat that was highlighted by their 78-73 overtime win over the 24-6 Patriot League champion Bucknell Bison on Dec. 29.

Pagan and Hilaire were neck-and-neck in the scoring department with 13.4 and 13.3 points per game, respectively. Hilaire also led the team with 5.0 assists per game, which was good for 40th in the nation.

As a team, the Seawolves boasted the 11th-best scoring defense in the country (allowing just 54.6 points per contest) and a rebounding margin of 8.7. Grad forward Cheyenne Clark led the way on the glass with 8.5 boards per game and was named to the America East All-Defensive Team.