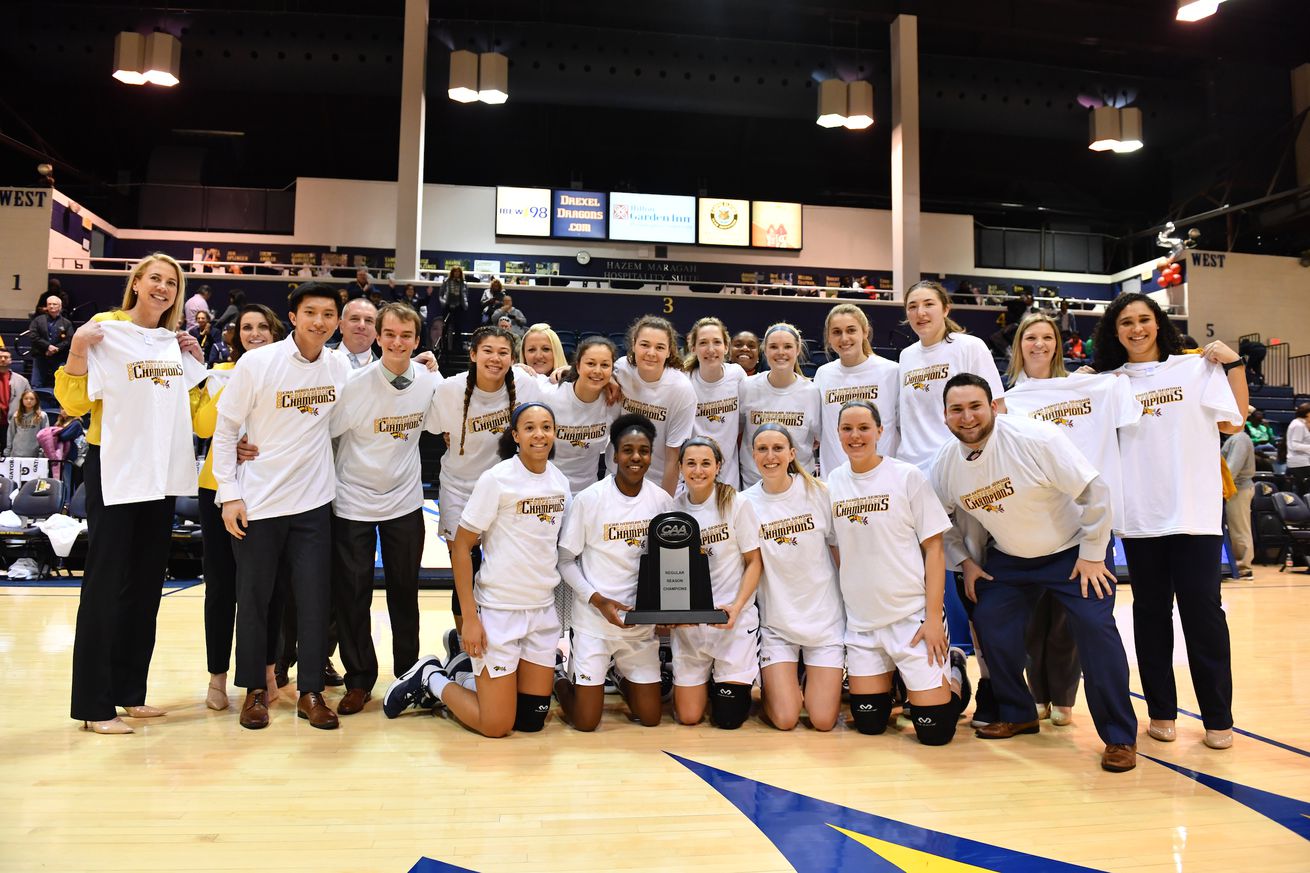 Bailey Greenberg and the Drexel Dragons were stopped in the Colonial Athletic Association Tournament quarterfinals after five consecutive seasons of participating in the WNIT.

The Dragons (23-7, 16-2 CAA) won the Colonial Athletic Association’s first-place tiebreaker against the James Madison Dukes but were unable to play a quarterfinals matchup against the UNC Wilmington Seahawks in the CAA Tournament because the event was canceled due to the coronavirus outbreak.

Drexel had been to five WNITs in a row prior to the 2019-20 season and nine times total since their only NCAA Tournament appearance in 2009. Two years ago, they won the CAA regular-season title but failed to win the tournament. In 2019, they went 24-9 overall and 14-4 in the conference before losing in the first round of the WNIT.

Thank you to our fans for their support this season. We had a great ride that ended abruptly at the conference tournament but still on a high note with a CAA regular-season championship. Wishing the best health to your friends and family. pic.twitter.com/sCP8VyZye9

The Dragons, a 13-seed in the Swish Appeal bracket, lacked a win over a ranked team but they earned a split with the Dukes, who ended up as a 10-seed.

From there, the Dragons were up-and-down throughout their remaining non-conference slate and lost their first game of conference play to the College of Charleston Cougars on Jan. 3. After that, their only loss came to James Madison on Feb. 28 — a 30-point drubbing by Dukes who were returning the favor for a 22-point loss to the Dragons on Feb. 2.

Drexel allowed 55.4 points per game (17th in the nation) and forced 19.3 turnovers. They made 10.3 free throws per contest and shot a decent 74.1 percent from the line. To succeed moving forward, they’ll want to improve on their rebounding margin, which was -2.1.