NCAAW Season Recap: No. 51 Bethune-Cookman Wildcats roared through the MEAC 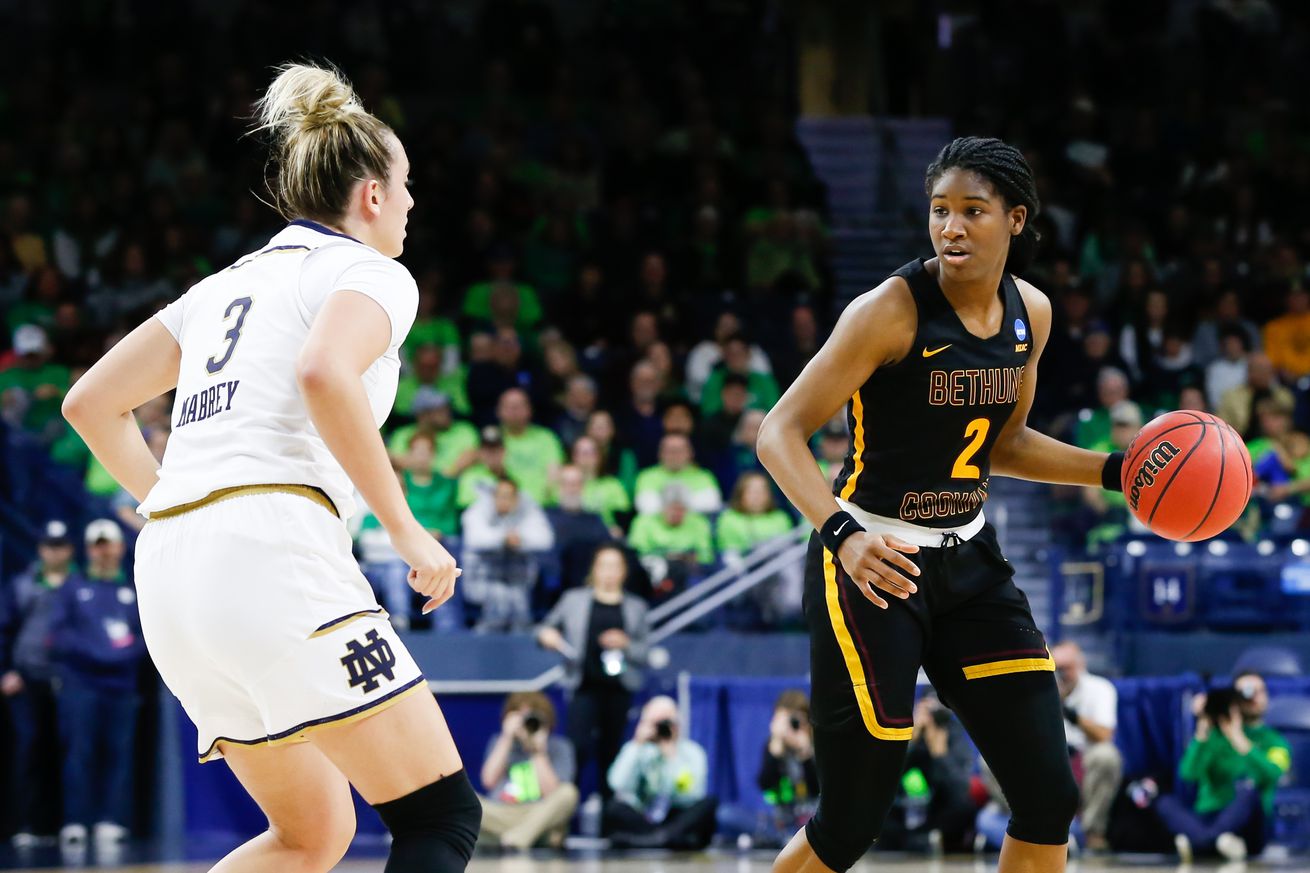 The Bethune-Cookman Wildcats dominated the MEAC this season. Despite their postseason being cut short in an upset loss, their potential for next season is boundless.

Since the 2016-17 season, the Bethune-Cookman Wildcats have won 20 or more games per season. In 2019-20, the Wildcats finished 23-6 (15-1) to take the regular-season championship. Bethune-Cookman has either won the regular-season title or shared it with North Carolina A&T since 2016. The exception is 2018 when A&T won the season title and conference tournament outright.

The Wildcats were led by the offensive charge of junior guards Amaya Scott and Daniella Hatcher (redshirt). Hatcher had a career game against South Carolina State with 27 points, while averaging 11.4 points per game for the season. Scott was selected to the All-MEAC First Team, and Hatcher made the All-MEAC Third Team after averaging 11.7 points and four rebounds per game.

Crazy what we take for granted! Hope this time of reflection allows us to become more grateful for EVERY forthcoming opportunity. pic.twitter.com/smQ32tPB54

Graduate guard Ashanti Hunt, the 2018 MEAC Defensive Player of the Year, made the All-MEAC Second Team. Hunt’s defensive presence was an integral part in the team holding opponents under 40 percent field goal shooting 14 times this season.

The Wildcats dominated in conference play, losing only to Norfolk State University. In 2019, Bethune-Cookman took its first trip to the NCAA Tournament in program history. This year, however, the Wildcats’ hopes of returning to the Big Dance were diminished despite the team’s amazing regular season.

They were upset by University of Maryland Eastern Shore at the MEAC Tournament.

But with so much potential returning in 2020-21, expect to see head coach Vanessa Blair-Lewis’ Wildcats pick up where they left off. Blair-Lewis achieved a milestone 300 wins this season, while her team finished No. 24 in the final mid-major poll.