NCAAW Season Recap: No. 52 Mountaineers sneak into No. 13 seed slot 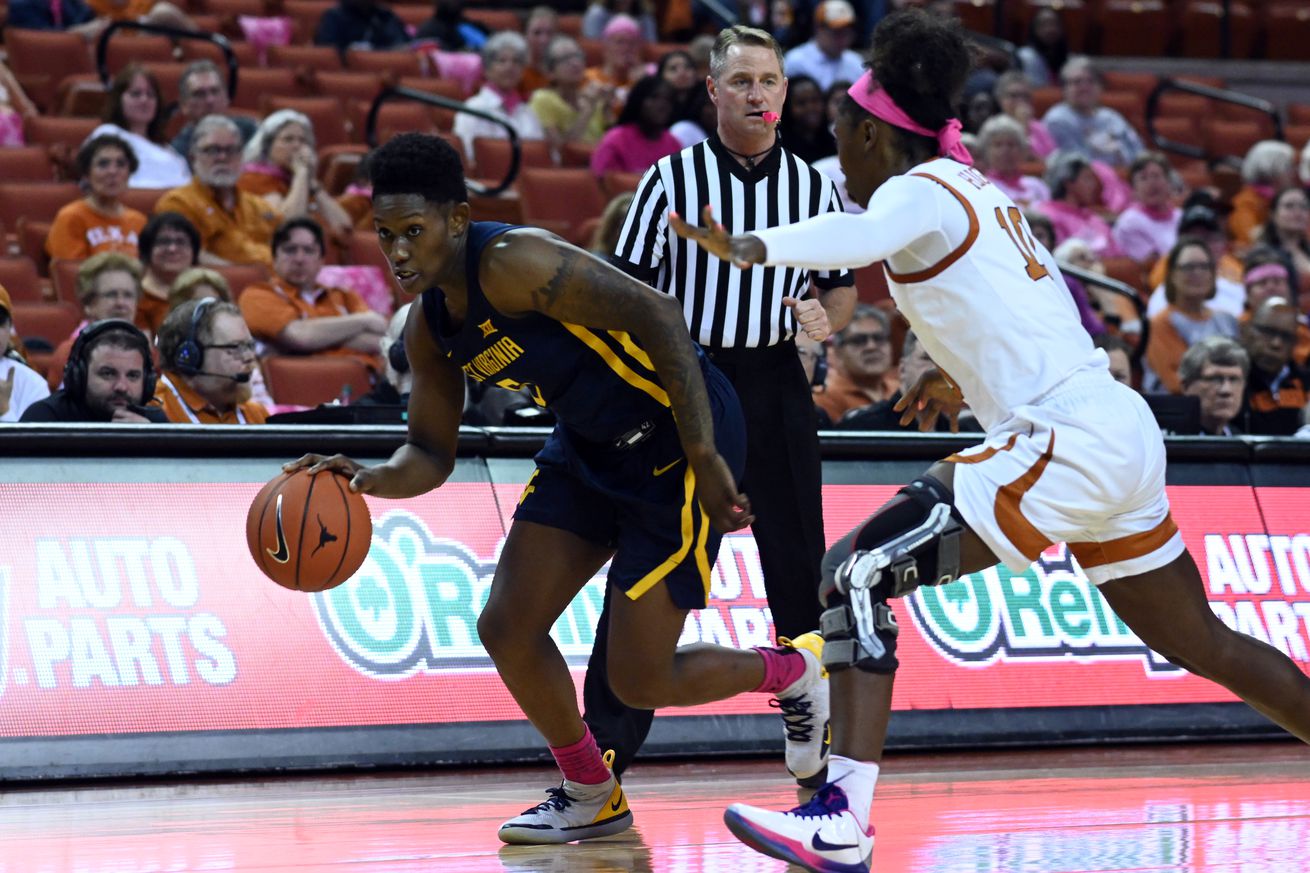 Tynice Martin (with ball) made the NCAA Tournament as a freshman and sophomore, and hoped to have a shot on Selection Monday as a redshirt senior. | Photo by John Rivera/Icon Sportswire via Getty Images

The West Virginia Mountaineers, led by Tynice Martin, were rewarded with a spot in the Swish Appeal bracket because of their great non-conference run, which included a win over the Mississippi State Bulldogs.

The Mountaineers’ season was highlighted by their 71-65 win over the No. 9 Mississippi State Bulldogs on Dec. 8, but they also had a decent showing in the Big 12 despite finishing conference play with a 7-11 record.

However, when it came to the No. 3 Baylor Lady Bears, the Mountaineers weren’t able to put up much of a fight. They were also swept by another tournament team in the TCU Horned Frogs and dropped to a No. 13 seed in our bracket after being ranked as high as No. 17 in the nation earlier in the season.

The No. 17 ranking came on Jan. 13, the day after the Mountaineers’ 68-63 win over the Longhorns, which placed them at 13-1 overall. But a 4-11 run to end the season put West Virginia on the bubble, and it wasn’t given the chance to turn things around in the Big 12 Tournament, which was canceled before it started due to the COVID-19 pandemic. In the preseason, the Mountaineers were the first team out of the Top 25 with 71 voting points.

This year could have been West Virginia’s 13th trip to the Big Dance and first since 2017. Martin was a part of both the 2016 and 2017 squads that earned tournament bids before a foot injury prevented her from playing in 2017-18. She retires as the fourth-leading scorer in West Virginia women’s basketball history, just 20 points shy of 2,000.

Here's to you, Lucky and Tynice