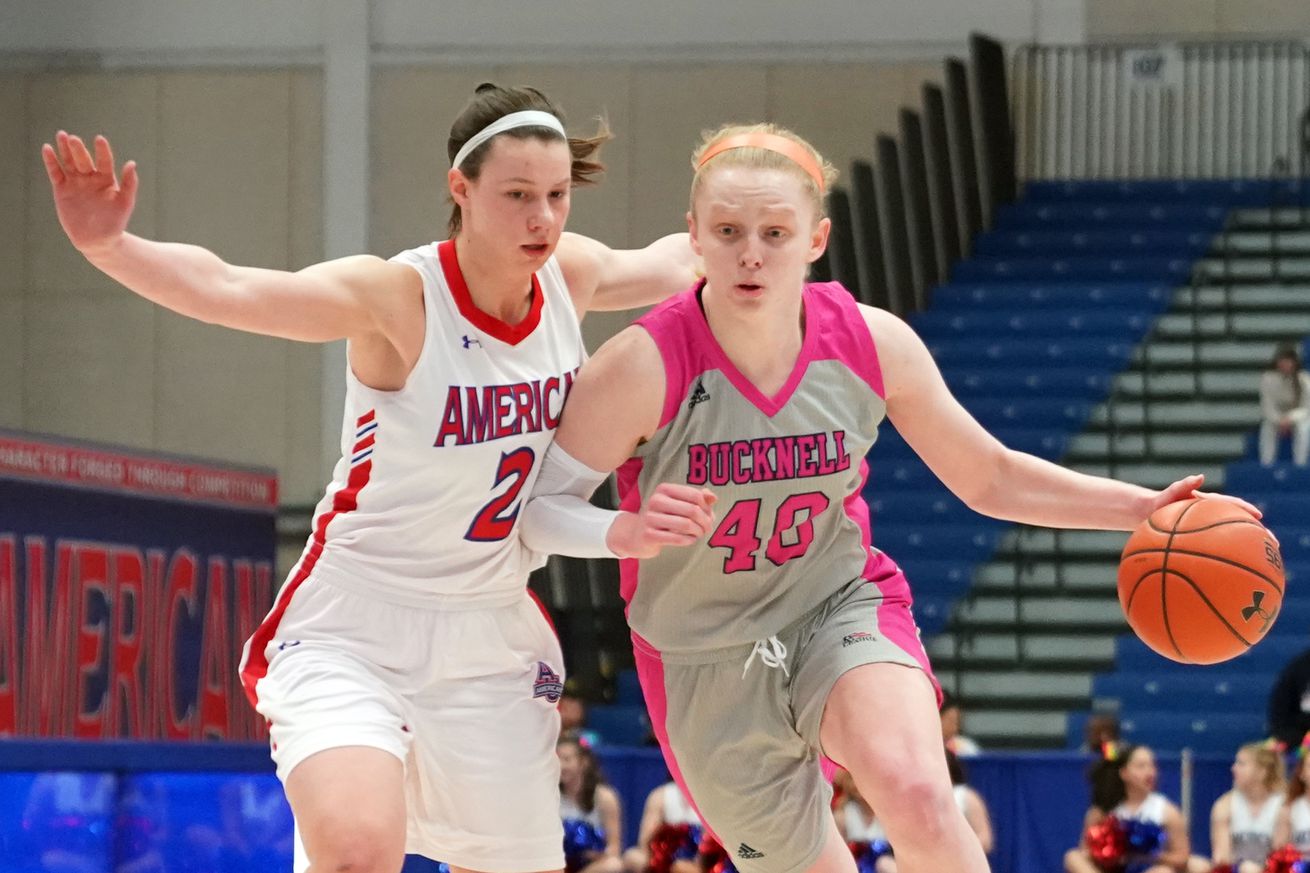 The Bucknell Bison secured a second straight Patriot League regular-season title and were eyeing a return to the NCAA Tournament after narrowly missing an upset over Florida State in 2019.

The Bucknell Bison entered 2020 with a new head coach in Trevor Woodruff after winning a program-best 28 games in 2019. The Bison followed that performance by going 24-6 with a Patriot League record of 16-2 and their second consecutive Patriot League regular-season championship — and their fourth overall. Bucknell was set to face Holy Cross in the semifinals of the Patriot League Tournament prior to its cancellation due to the COVID-19 pandemic.

Head coach Trevor Woodruff came to Bucknell after a very successful run in Division III at the University of Scranton. Woodruff was named the Patriot League Coach of the Year.

Senior forward Ellie Mack was named the Patriot League Player of the Year and was selected for her second consecutive All-Patriot League First Team. Mack led the Bison with 15.0 points and 7.4 rebounds in 2019-20 and scored in double figures in 27 of the Bison’s 30 games this season, reaching 10 or more points in her final 16 contests.

Junior guard Abby Kapp was named to the All-Patriot League Second Team on the strength of 10.9 points, 3.9 rebounds and 40 percent 3-point shooting. Kapp made 78 threes this season — the second highest season total in program history and just one off the record set by Jacquie Klotz in 2016.

Tessa Brugler, Mack’s frontcourt mate, was named to the All-Patriot League Third Team. The junior center averaged 9.8 points and 5.9 rebounds in her first year as a starter and played nearly triple the minutes she saw as a sophomore coming off the bench.

Best moments of the Bison’s season

In celebration of our second consecutive @PatriotLeague Championship, here are some of the best moments from the 2019-20 season! ️ A special thank you to our seniors, Ellie Mack and Gia Hayes!#rayBucknell | #TST pic.twitter.com/x36bSQubOM

The Bison were looking to win their third Patriot League Tournament title in four years and their second consecutive prior to the event’s cancellation. With only two seniors leaving, the Bison look to continue their run of success and again qualify for the NCAA Tournament in 2021.