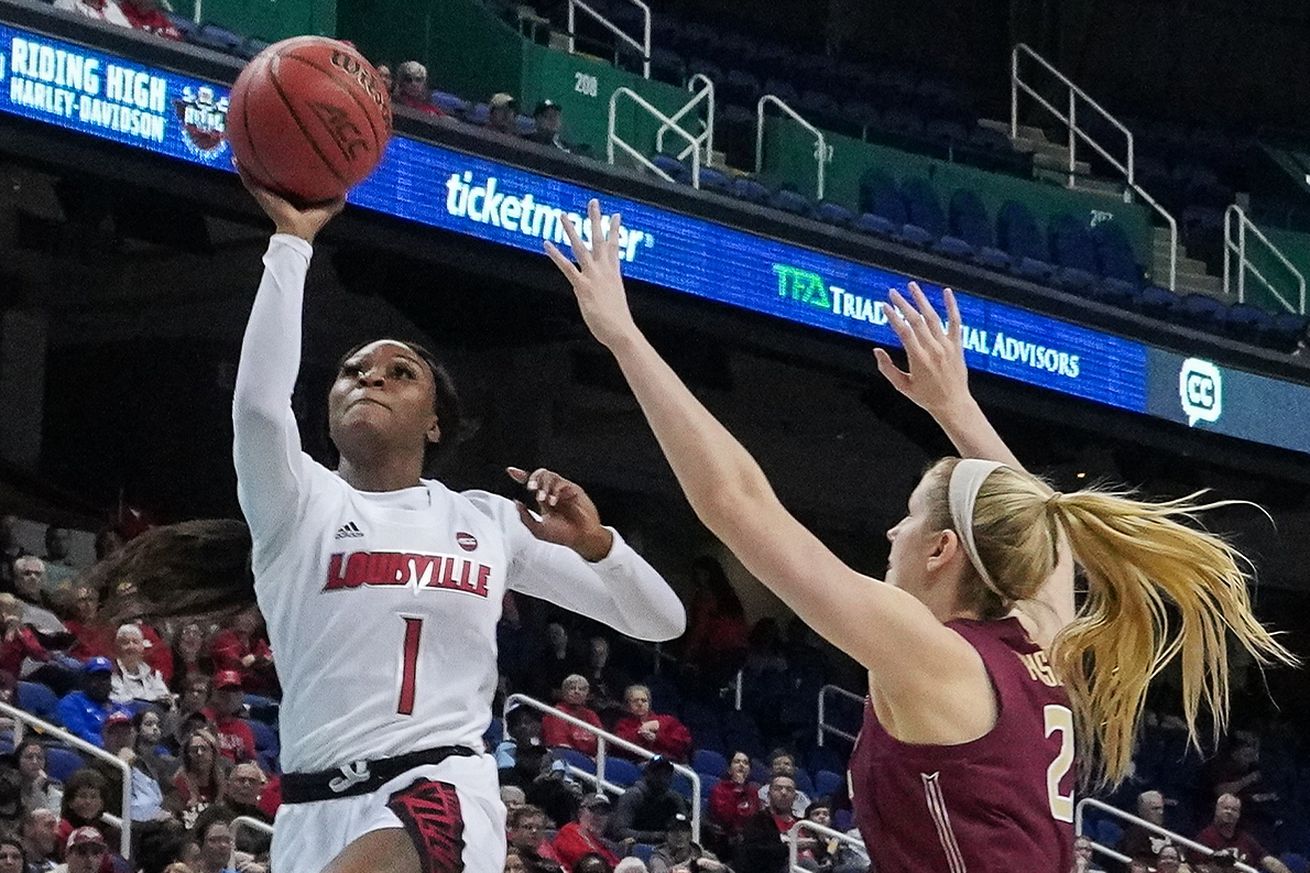 Dana Evans (left) had a phenomenal junior season for Louisville and will be back for a senior year encore. | Jim Dedmon-USA TODAY Sports

The high point of the Cardinals’ season came when they beat the then-No. 1 Oregon Ducks on Nov. 30 and moved up to No. 2 in the ensuing AP Poll. Louisville ended up with a 28-4 record, an ACC regular-season title, three wins over Top 25 teams and a two-seed in our hypothetical bracket.

In addition, Louisville junior point guard Dana Evans won ACC Player of the Year after improving her scoring average by 7.6 points to 18.0 and recording 4.2 assists per game. Evans also improved from 38.5 to 43.1 percent from beyond the arc, making her the 20th-best 3-point shooter in the nation and sixth-best in the Power 5. Her 3.0 made threes per game ranked 13th in the country.

Evans cushioned the blow of losing two-time ACC Player of the Year Asia Durr and was joined by senior guard Jazmine Jones and senior forward Kylee Shook on the All-ACC First Team; Shook as voted on by the Blue Ribbon Panel and Jones based on the coaches’ vote. Jones and Shook both made the ACC All-Defensive Team as well, with Shook blocking 2.7 shots per game (17th in the nation).

Led by Durr, the Cardinals went 32-4 last season, losing to the UConn Huskies in the Elite Eight. This year, Louisville could have made another run at the Final Four had the COVID-19 pandemic not forced the cancellation of the NCAA Tournament.

The Cardinals began the 2019-20 season by winning eight in a row with, the eighth being their big win over Oregon. The Ducks, who ranked second it the final AP Poll, were favored to win the national championship, and even beat the USA Basketball Women’s National Team in an exhibition game on Nov. 19. But the Cardinals, who were the No. 8 team in the country on Nov. 30, outplayed Oregon and defeated the Ducks by 10, thanks in large part to Shook’s 18 points and 15 rebounds.

Unfortunately for Louisville, it quickly fell from its No. 2 perch with a loss to the Ohio State Buckeyes in its ninth regular season game on Dec. 5. It fell to No. 7, peaked at No. 4 and finished at No. 6.

The No. 19 Florida State Seminoles defeated the Cardinals in the ACC Tournament semifinals on March 7, leaving Louisville off the one-seed line in our bracket. A win over Florida State and then the No. 8 NC State Wolfpack in the ACC Tournament championship game would have put them ahead of the highest two-seed in the UCLA Bruins and the lowest one-seed in the Maryland Terrapins.