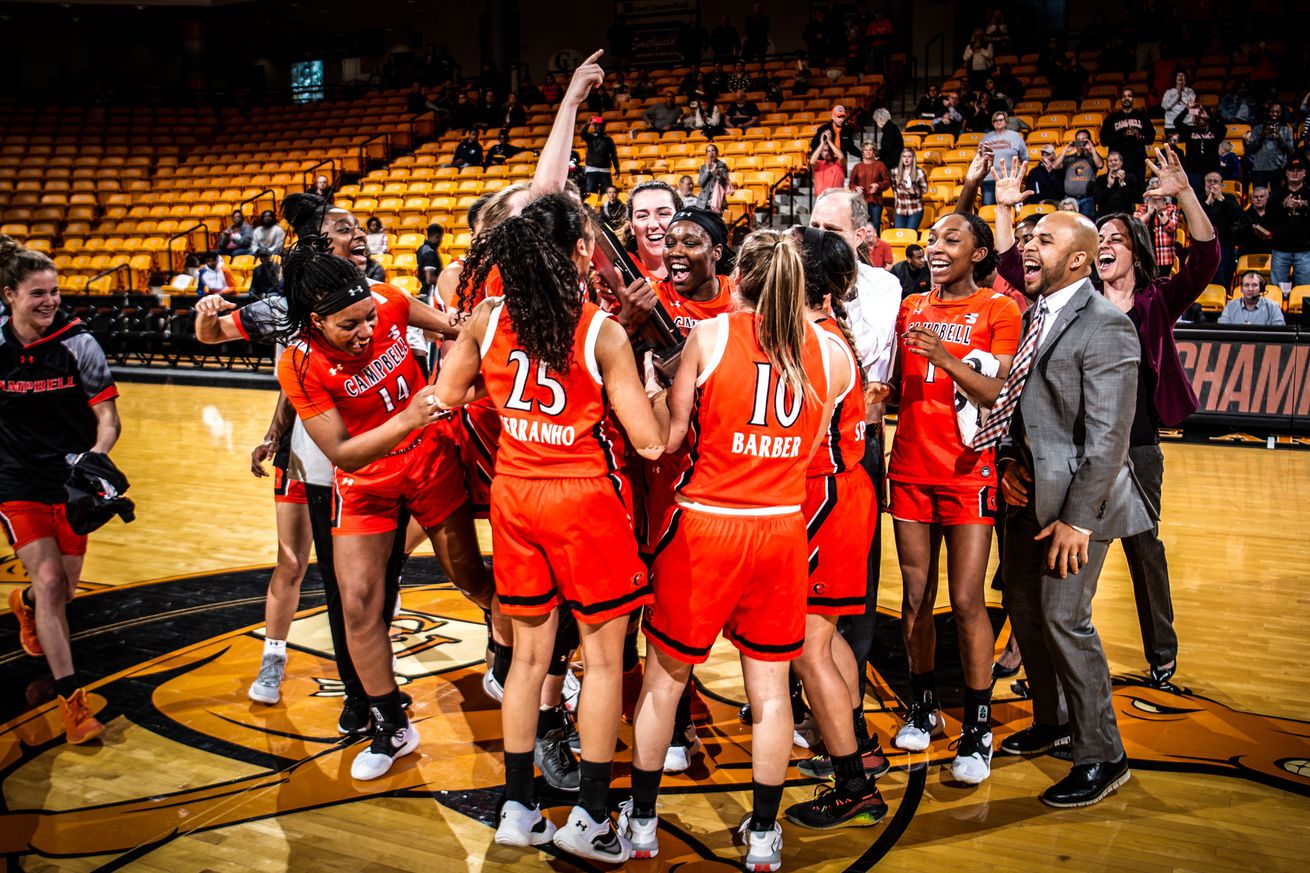 If the Campbell Lady Camels had earned a bid to the NCAA Tournament this spring, it would have been their first since 2000. | Photo courtesy of Campbell Women’s Basketball via Twitter

The Campbell Lady Camels used a slow-paced brand of basketball to grind their way through the Big South, putting up impressive defensive and rebounding numbers along the way.

The Campbell Lady Camels (21-8) come in at No. 61 in Swish Appeal’s hypothetical NCAA bracket. Winners of the Big South, Campbell went 16-4 in conference play and, despite dropping its final two contests prior to the cancellation of the Big South Tournament, earned an automatic bid. The hypothetical bid would have been Campbell’s first appearance in the NCAA Tournament since 2000, when the Lady Camels lost to Duke in the first round as a No. 15 seed.

Campbell’s 2019-20 season was not one of heroic individual feats. No Lady Camel averaged double-figure scoring; Luana Serranho scored 9.7 points per game to lead the team. And the most points any one Campbell player scored in a game was 24, from Kianna Speight against Presbyterian.

Rather, the Lady Camels won the Big South thanks to a slow, grind-it-out style of play that emphasized rebounding and put a stranglehold on opponents’ ball movement. Per Her Hoop Stats, Campbell averaged a crawling 65.4 possessions per 40 minutes — putting into perspective its paltry per-game averages. The Lady Camels simply did not play fast enough to yield gaudy individual statistics.

It worked for them, though. Even when adjusted for pace, Campbell’s defense was terrific, allowing just 79.3 points per 100 possessions — good for 11th in the country. The Lady Camels also cleaned up on the defensive glass, ranking 22nd in the country in defensive rebounding rate (73.6 percent).

What was downright astounding, however, is how the Lady Camels were able to stymie opponents’ ball movement. Teams assisted on just 43.6 percent of their baskets against the Campbell defense, an astounding number that ranked third in the country. With that in mind, it’s no wonder opponents had such a hard time scoring on the Lady Camels.

Would this approach have been successful against stronger competition in the NCAA Tournament? We’ll never find out, unfortunately. But it was successful enough for the Lady Camels, who earned their first Big South regular-season title since 1991.