NCAAW Season Recap: No. 7 Arizona Wildcats were among the Pac-12’s best 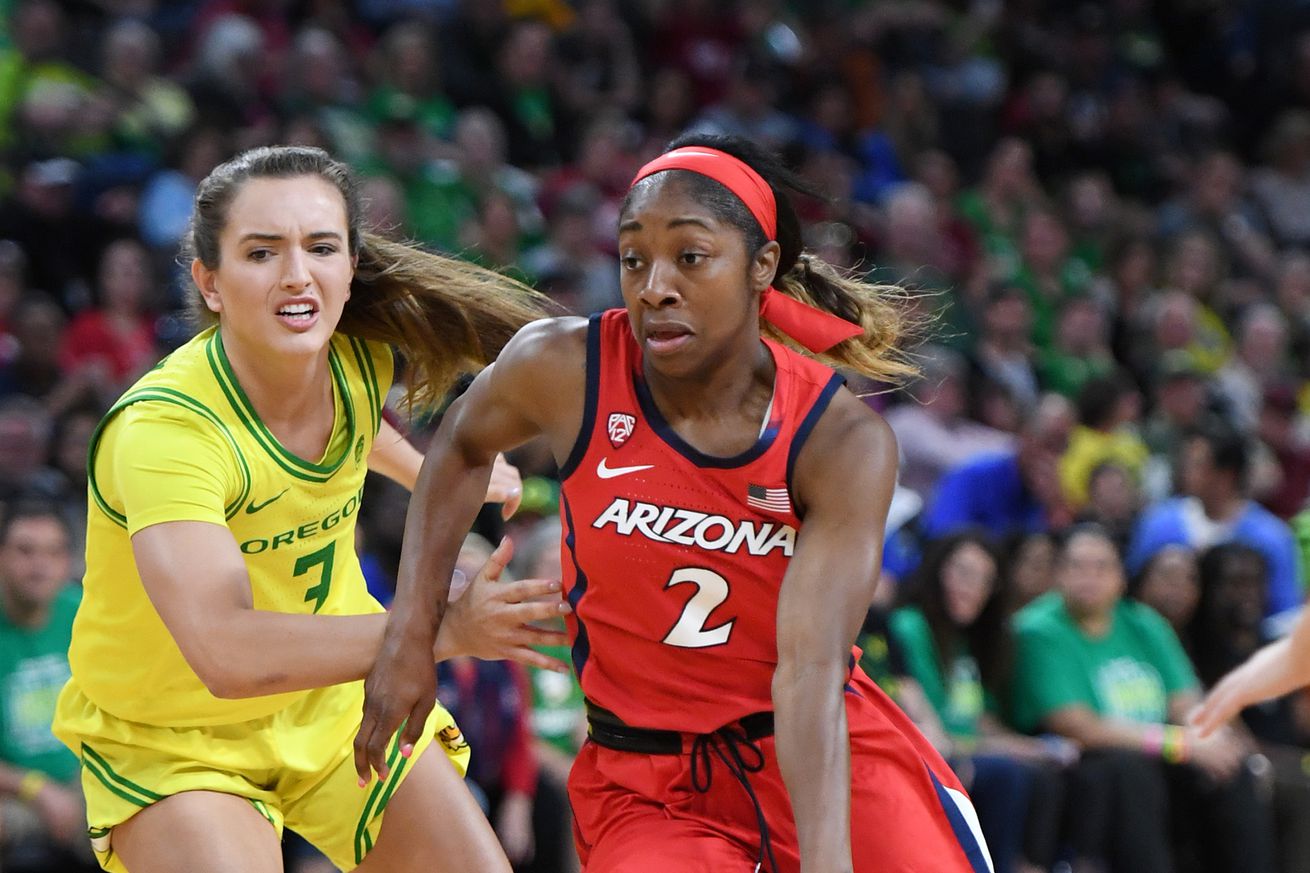 Aari McDonald (#2) had a great year and is looking to return for one more run at a Pac-12 title. | Photo by Ethan Miller/Getty Images

The Arizona Wildcats were set to make their first NCAA tournament appearance for the first time since 2005 after a fourth-place finish in the Pac-12. They were led by redshirt junior Aari McDonald, who was named conference Defensive Player of the Year.

The Arizona Wildcats went 24-7 (12-6 Pac-12), which was good enough for a fourth-place conference finish. The Wildcats showed they were a threat in the Pac-12 by earning regular-season wins against Stanford, UCLA and Oregon State. Our bracket had the Wildcats as a No. 2 seed, which is quite a feat for a program that has just three winning seasons in the last 10. A trip to the Big Dance would have been the program’s first since 2005.

The Wildcats were led by Aari McDonald, who was first in the Pac-12 in scoring (20.6 points per game) and steals (68) in her junior redshirt season. McDonald’s efforts on the defensive end were acknowledged with the 2020 Pac-12 Defense Player of the Year Award, as well as an All Pac-12 selection and an All-Defensive selection. McDonald was also named an WBCA All-American and was an AP Second Team All-American. To top off the list of honors, McDonald was awarded the Ann Meyers Drysdale Shooting Guard of the Year award.

Sophomore forward Cate Reese averaged 13.6 points, and her 7.5 rebounds per game was seventh in the conference. Reese was named All Pac-12 one year after making the All-Freshman team, showing no signs of a sophomore slump.

On Dec. 29, we came home with a win over ASU in Tempe for the first time since 2000 to extend our winning streak to 18 games.@cate_reese had 17 points and 10 rebounds.#MadeForIt | #BearDown pic.twitter.com/H7uVgYelCT

McDonald’s defensive accolades were certainly at the forefront, but do not let them overshadow just how good the Wildcats were as a team on the defensive end of the floor this past season.

This season, we set new school records in

With Dominique McBryde and Amari Carter graduating, the Wildcats will have two new starters. Joining the squad next season is the 2020 ACC Sixth Player of the Year: Trinity Baptiste from Virginia Tech. Additionally, McDonald will be back for her final year of eligibility, which should help keep the Wildcats on their upward trajectory into the 2020-21 season.