NCAAW Season Recap: No. 8 Iowa impressed with chip on its shoulder 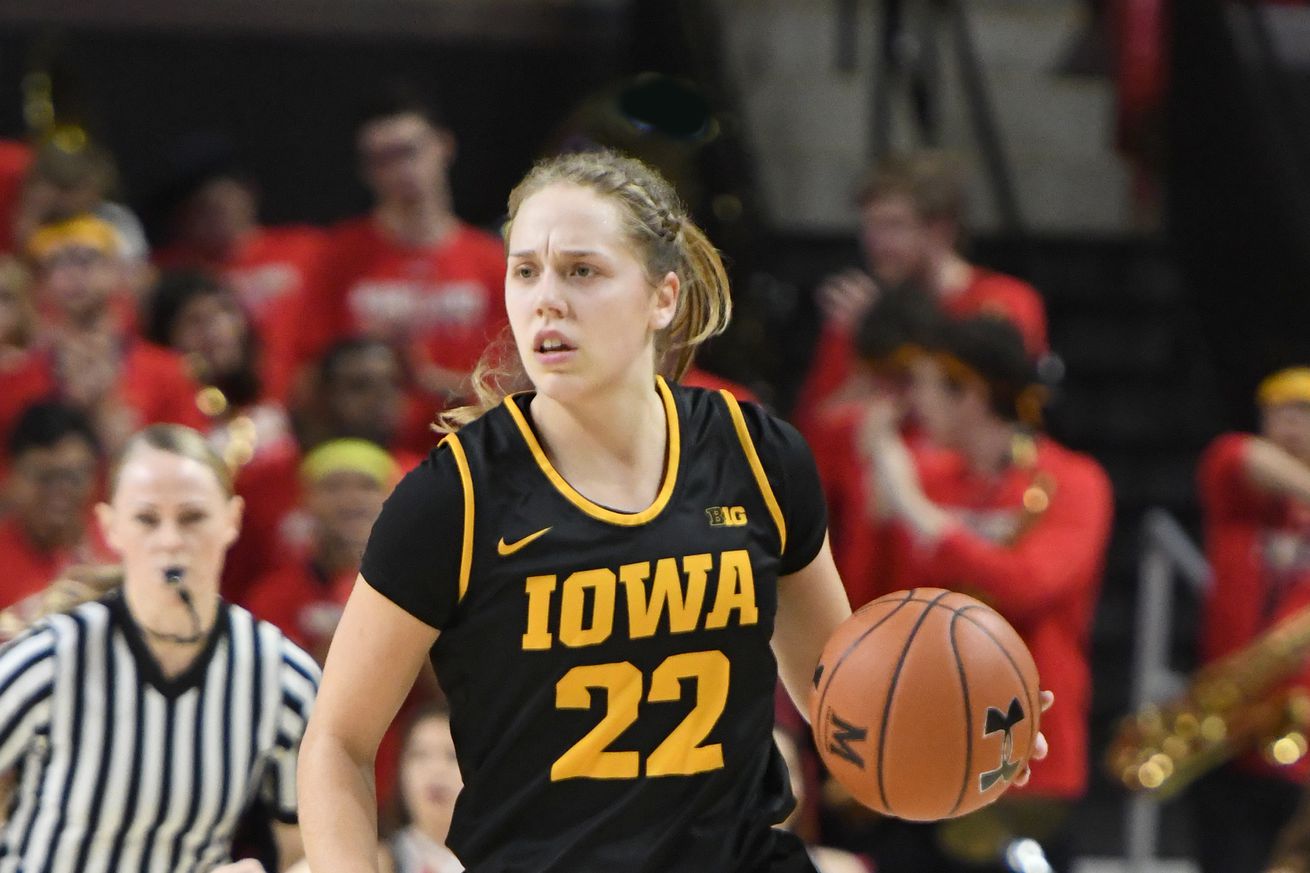 Kathleen Doyle increased her scoring average by 6.1 points as a senior. | Photo by Mitchell Layton/Getty Images

The Iowa Hawkeyes made themselves just as feared in the Big Ten as they were last year despite losing Megan Gustafson to graduation. The excellent point guard play of Kathleen Doyle, the inside presence of Monika Czinano and the 3-point shooting of Makenzie Meyer led the way.

The Hawkeyes were not expected to contend in the Big Ten this year. The best player in program history, Megan Gustafson, had graduated after leading the team to its first Big Ten Tournament title since 2001 and its first Elite Eight appearance since 1993.

But senior point guard Kathleen Doyle wasn’t about to let what Gustafson built slip away. She went ahead and shocked the nation by winning Big Ten Player of the Year and led her team to a 23-7 overall record (14-4 Big Ten). Doyle took the torch from her former teammate and led Iowa with 18.1 points per game to go along with 6.2 assists.

Highlights: Kathleen Doyle steals, passes and scores her way to Big Ten Player of the Year

Doyle’s numbers were not quite the 27.8 points and 13.4 rebounds that Gustafson managed in 2018-19 — en route to her second Big Ten Player of the Year award and first AP National Player of the Year honor — but they got the job done. With ranked wins over the No. 22 Princeton Tigers (Nov. 20), No. 11 Northwestern Wildcats (Jan. 5), No. 4 Maryland (Jan. 9) and the No. 20 Indiana Hoosiers (Jan. 12), Iowa landed as a two-seed in our hypothetical bracket, which is the exact same seeding they had with Gustafson wreaking havoc in the paint last year.

The Hawkeyes had some slip-ups, however, losing to the Northern Iowa Panthers (Nov. 17) and Washington Huskies (Nov. 30) in non-conference play before the Nebraska Cornhuskers defeated them in the first game of Big Ten play on Dec. 28.

Another slip-up came in the form of an early exit from the Big Ten Tournament. The Hawkeyes were defeated by the Ohio State Buckeyes in the quarterfinals on March 6, whereas last year they improved upon their regular season with even better play in the postseason.

Due to the COVID-19 pandemic forcing the cancellation of the NCAA Tournament, the Hawkeyes never got a chance to rebound from their 0-1 playoff record.

Last year marked Iowa’s fourth Elite Eight appearance and this year would have been the team’s 27th appearance in the Big Dance. Additionally, the Hawkeyes went 15-0 in Iowa City this season and have not lost at home since Jan. 28, 2018.

Sophomore forward/center Monika Czinano and senior guard Makenzie Meyer both represented Iowa on the All-Big Ten Second Team. Czinano replaced Gustafson in the post and was second on the team with 16.0 points per game, while Meyer knocked down threes at a 41.2 percent rate with 77 makes. Guard/forward McKenna Warnock was named to the All-Freshman Team after averaging 8.0 points.

Amazing season, wonderful seniors, terrific fans! Don’t like the ending, but the journey was fun! Thanks Hawks! pic.twitter.com/Dko5XYN9zZ