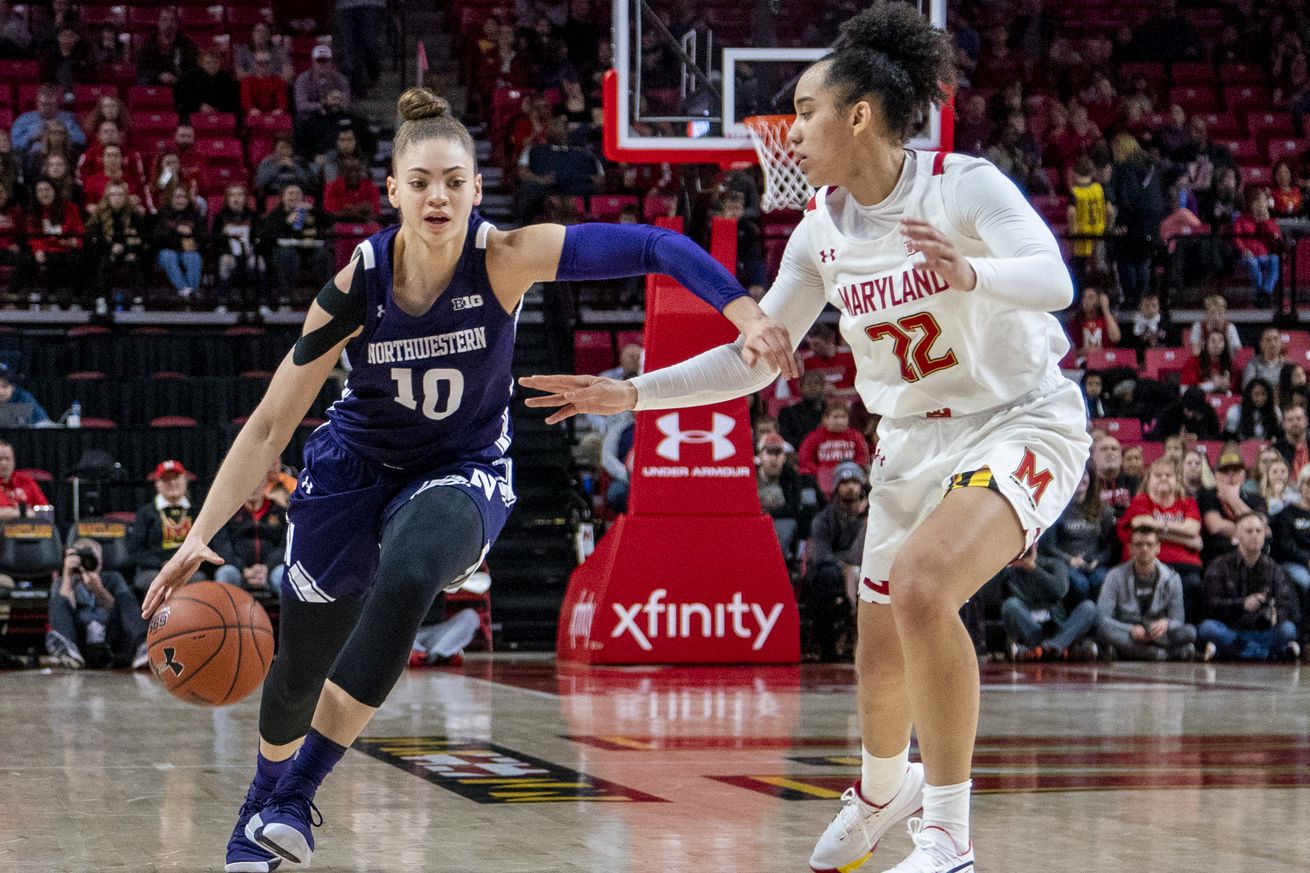 Lindsey Pulliam (left) was phenomenal for the Wildcats, who shared the 2020 Big Ten regular-season title with the Maryland Terrapins. | Photo by Tony Quinn/ISI Photos/Getty Images

The Wildcats (26-4, 16-2 Big Ten) had the best regular season in program history before the cancellation of the NCAA Tournament due to the COVID-19 pandemic.

Head coach Joe McKeown, who took over in 2008, was named Big Ten Coach of the Year after leading the team to a share of its first Big Ten regular-season title.

McKeown and company last went to the NCAA Tournament as seven-seed in 2015, which marked the program’s seventh NCAA Tournament appearance. This year would have been its eighth — and as a three-seed, no less, according to Swish Appeal’s bracket.

Saddened for our team and our five seniors. Difficult day for all those involved, but we understand the bigger picture. Thank you to all of our fans who made this team special and a @bigten champion! Go ‘Cats! pic.twitter.com/7iDlqKmhu2

Junior guard Lindsey Pulliam led the way to this unprecedented success, averaging 18.8 points per game en route to a First Team All-Big Ten selection. Her teammate Abi Scheid, a senior forward/center, also made the First Team after shooting 47.7 percent from beyond the arc with 73 makes. Scheid’s efficiency from deep was second in the nation and first among Power 5 players.

The Wildcats finished with a disappointing loss to Michigan in the Big Ten Tournament quarterfinals that prevented them from potentially working their way to a two-seed in our bracket. That will only put a chip on their shoulder heading into 2020-21, however.

Feature: Look out for Northwestern with Pulliam returning