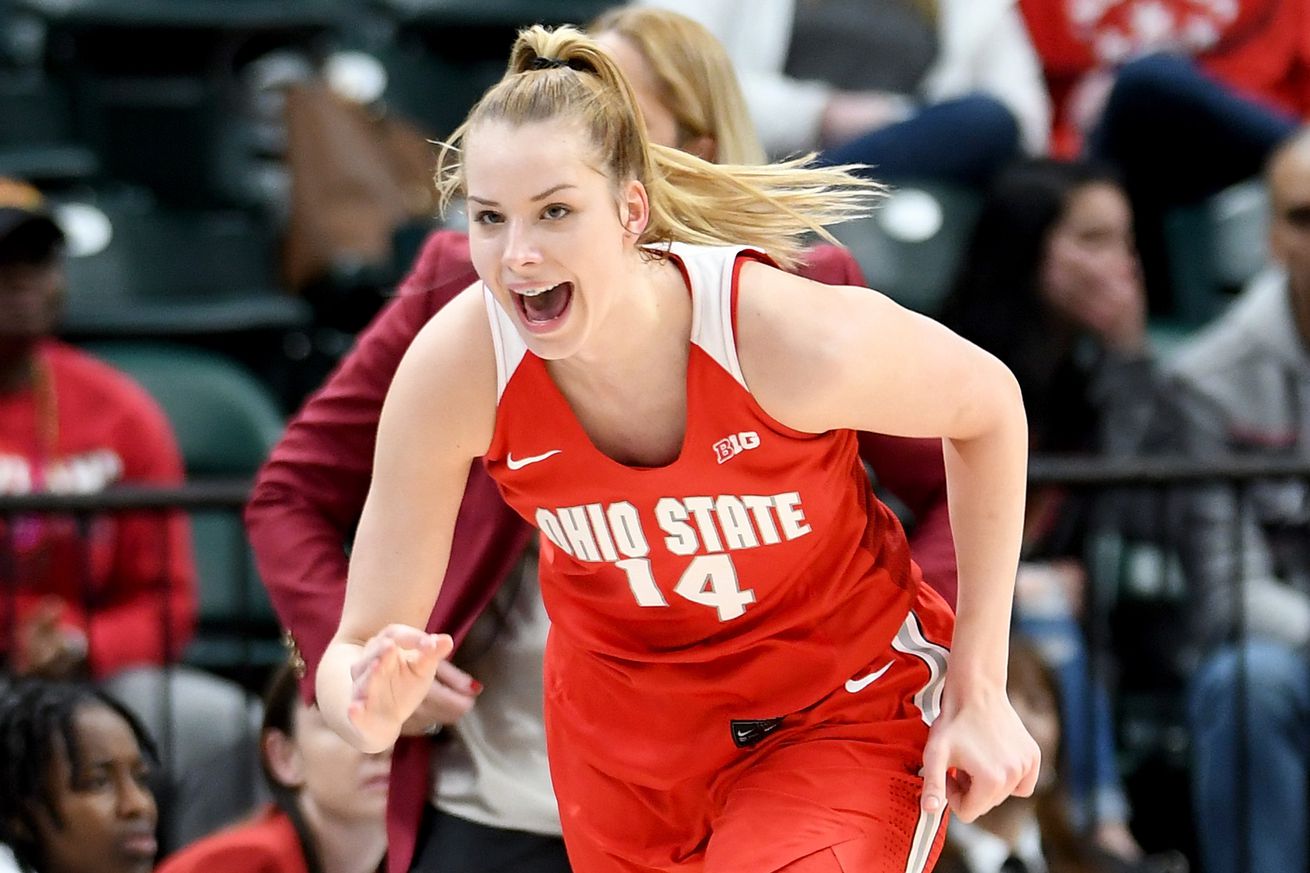 Dorka Juhasz has her team on the brink of something big in 2021. | Photo by G Fiume/Maryland Terrapins/Getty Images

The Ohio State Buckeyes took a big step toward Big Ten legitimacy this season. Dorka Juhasz and Kierstan Bell should accelerate that trend in 2020-21.

Finishing with a 14-15 record one year ago, the Buckeyes got some defining wins over Louisville and Indiana, plus two wins over Michigan. Making the Big Ten Tournament championship game, the Buckeyes proved they are a team to be reckoned with even though they fell to Maryland.

The Buckeyes were a young squad sporting nine lower classmen and were led by sophomore Dorka Juhasz, who was named First Team All-Big Ten after averaging 13.2 points per game and a conference-second 9.4 rebounds.

Kierstan Bell was named to the Big Ten All-Freshman Team and given a Big Ten Honorable Mention after contributing 21 minutes per game off the bench with averages of 10.2 points and 4.4 rebounds per contest.

Kierstan Bell has been named one of five players on the Big Ten All-Freshmen Team. @Dotmug_330 is averaging 11.1 pts and leads the team with 47 threes.#GoBucks #THEbeginning pic.twitter.com/DiVgoYdsey

A young and talented Buckeyes group can only get better. Look for the Buckeyes to be Big Ten challengers next season.