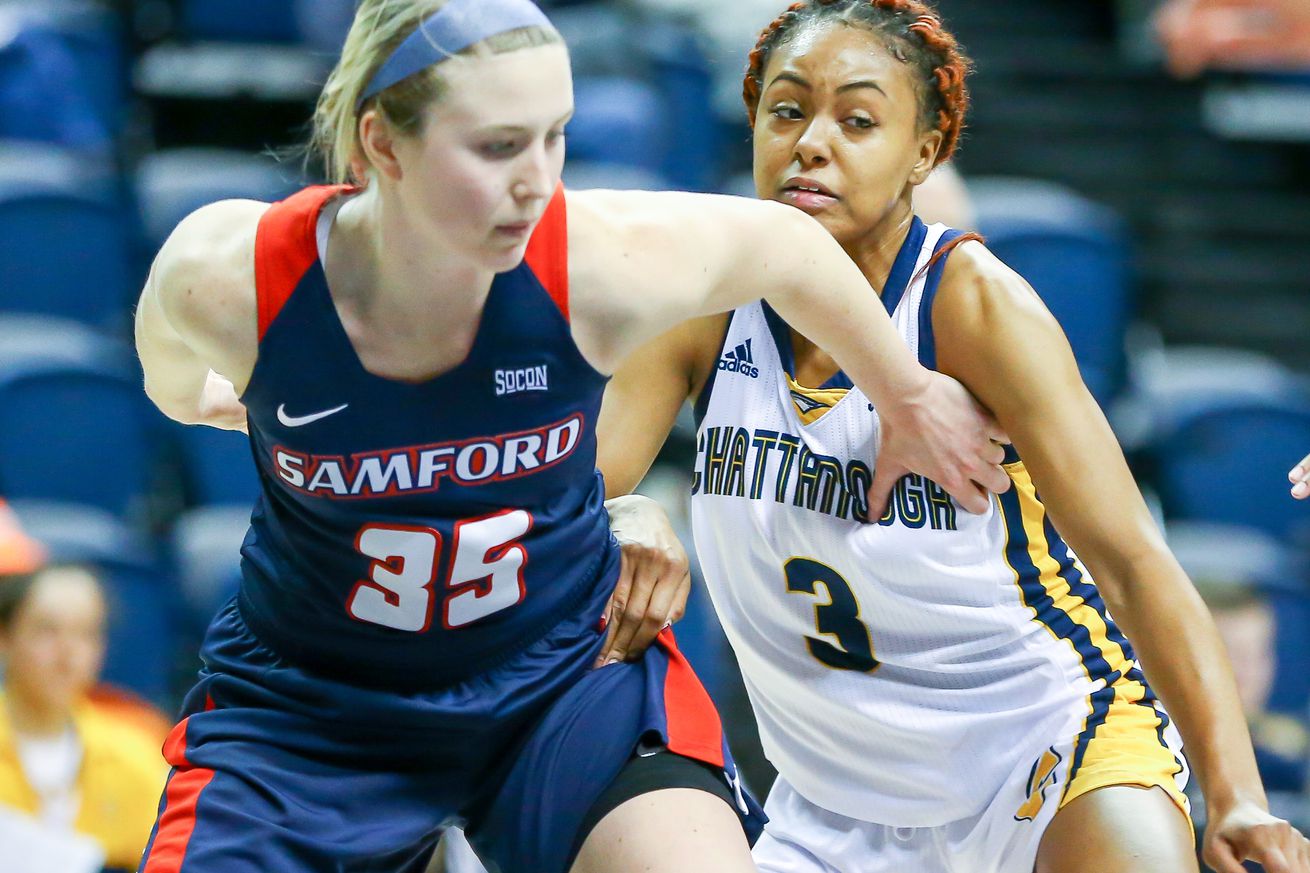 Samford senior Samantha Fitzgerald boxing out Mya Long of Chattanooga back in 2018. | Photo by Frank Mattia/Icon Sportswire via Getty Images

The Bulldogs (18-14, 10-4 Southern Conference) finished conference play tied with the UNC Greensboro Spartans (23-9, 10-4 Southern) and the Chattanooga Lady Mocs (11-18, 10-4 Southern). They went on to defeat the Spartans in the conference tournament’s championship game, earning them the automatic NCAA Tournament bid.

This season marked the first time in program history that the Bulldogs won the conference tournament and a share of the regular season title.

The Bulldogs defeated the Western Carolina Lady Catamounts and the Furman Lady Paladins before squeaking past the Spartans, 59-54, in the tournament’s championship game thanks to a 7-0 run to end the contest. Junior center Natalie Armstrong, the team’s leading scorer at 14.5 points per game, scored five of those points.

The Bulldogs lost to Furman twice during the regular season before avenging those losses with the victory in the conference tournament semifinals, which they won 75-45. Senior guard Paige Serup dropped 19 points to lead the way in that contest, while Armstrong was good for 20 points and seven rebounds in the title game.

Senior guard Sarah Myers was second on the team in scoring this year (13.6) and led the team in rebounds with 6.7 per game. Meanwhile, senior guard Charity Brown averaged 9 points, 5.7 assists and 5.2 boards.

The Bulldogs faced a pretty difficult non-conference schedule, losing to the No. 18 Florida State Seminoles 88-59 on Nov. 17, and the No. 16 Kentucky Wildcats 79-49 on Dec. 8. Their season-high point total came when they scored 84 in back-to-back games on Dec. 15 and Dec. 20. The first contest resulted in a four-point loss to the Western Kentucky Hilltoppers. The second was a 28-point win over the Murray State Racers.