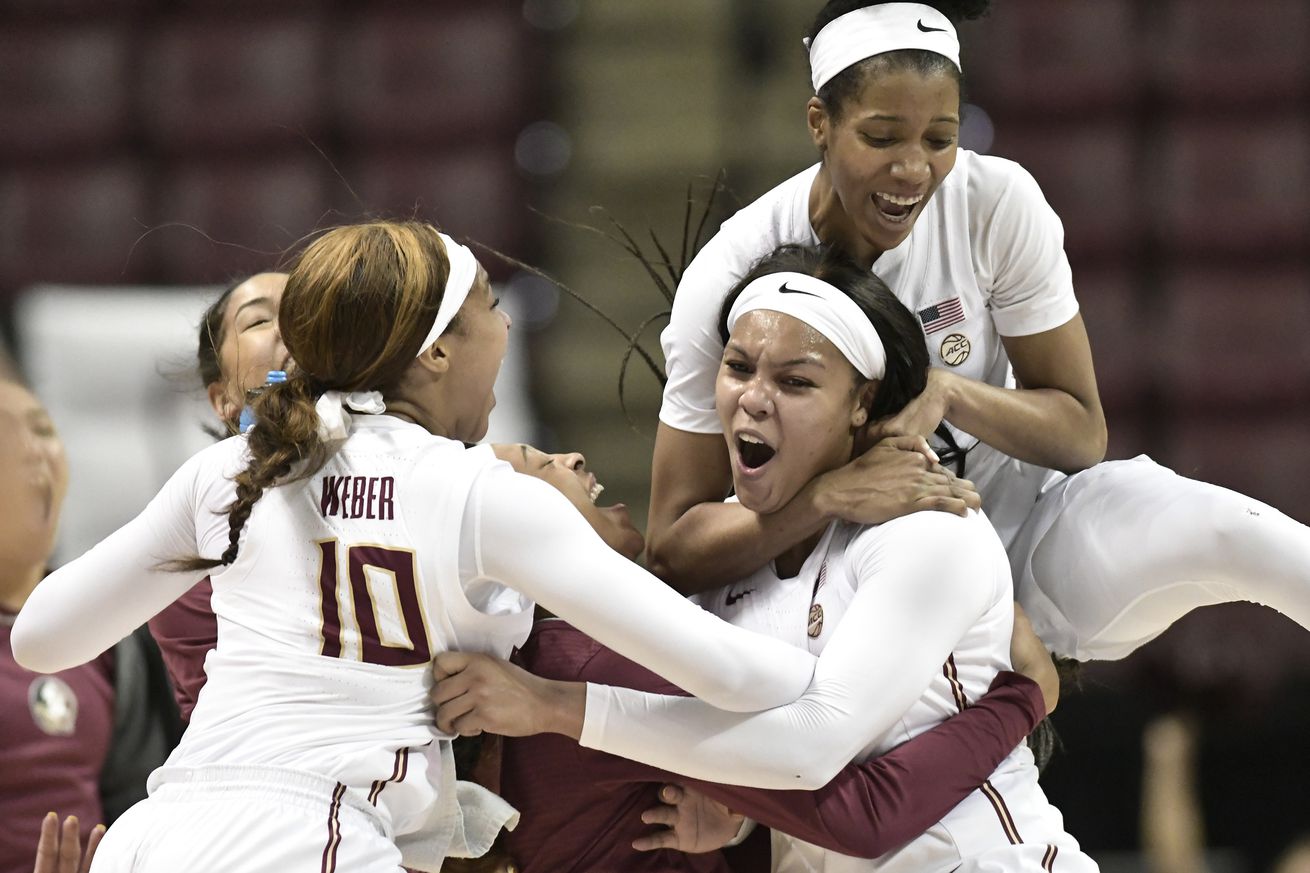 From the outset of the 2019-20 college basketball season, the Florida State Seminoles established themselves as a threat in the ACC and nationally, winning 13 straight games to kick things off.

The Seminoles could not maintain that torrid pace and dropped seven games in ACC play to finish 11-7 in the conference and 24-8 overall.

Florida State flashed its upsides early in the season with an 80-58 victory over the then-No. 12 Texas A&M Aggies in which seniors Kiah Gillespie, Nicki Ekhomu and Nausia Woolfolk showed how they would be the keys to the Seminoles’ success. Woolfolk led with 24 points, Gillespie drained five 3-pointers on her way to 22 points and Ekhomu tossed a career-high 12 assists to help the Seminoles cruise to a convincing win over the Aggies.

We’ll never know the true ending of this season.

But we know it was a year with many great moments pic.twitter.com/uci7g07Qfd

Florida State also proved its promise in conference action with a pair of wins over the Louisville Cardinals, who finished the season ranked No. 6.

On Feb. 6, Gillespie powered the Seminoles to a 67-59 road upset of the Cardinals, showcasing her all-round, enticing skill set, with a 25-point and 13-rebound double-double.

In the ACC Tournament, the Seminoles again took out the No. 1-seed Cardinals, holding on for the 62-60 victory to advance to the title game for the first time since 2015.

It was Florida State’s seniors who worked and willed the team to the win. “I’m proud of my seniors,” head coach Sue Semrau enthused. “They are something else. They were not going to be denied today.”

This Top-25 matchup did not disappoint!

Gillespie starred in that game with another double-double, 15 points and 16 rebounds, but Ekhomu frustrated the Cardinals by drawing seven fouls on her way to scoring 14 points and dishing five assists.

Woolfolk, who tallied 16 points, four assists and four rebounds, said after the game:

I think the team as well as myself, we like competition. Louisville is a team that always brings it so at the end of the day the mindset was do anything you can do to help the team win.

Possibly more troubling for Semrau is the loss of her trio of senior stars.

For Florida State to remain a threat in the ACC, the Seminoles will require further improvement from 3-point markswoman Kourtney Weber and a stronger interior presence from River Baldwin. They also will look to three talented transfers to contribute to future triumphs in Tallahassee: Tiana England, Sara Bejedi and Erin Howard.