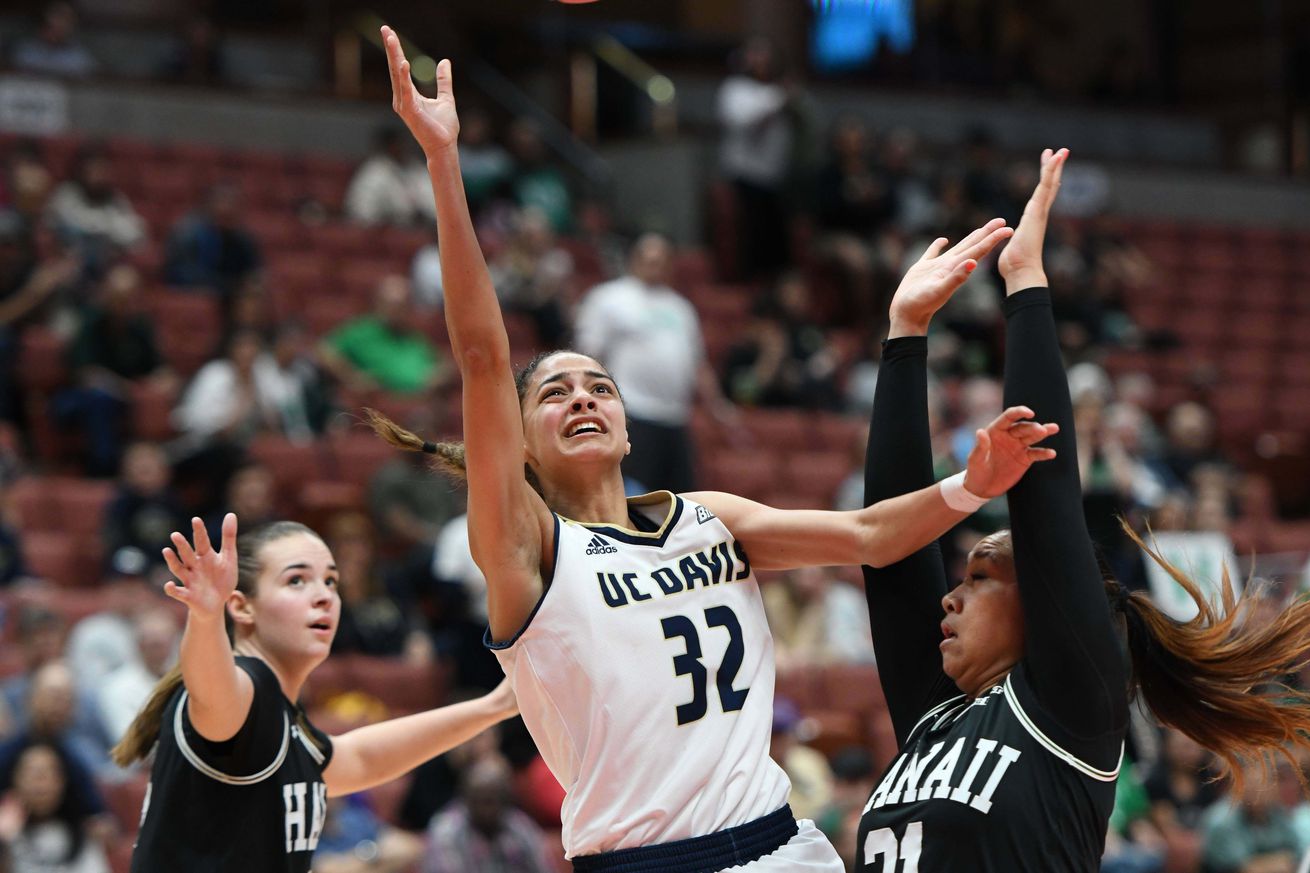 The UC Davis Aggies had many different players step up in different categories and game situations in 2019-20. Cierra Hall, Katie Toole and Mackenzie Trpcic led the way.

The NCAA isn’t releasing a bracket this year but at Swish Appeal we’ve decided to make one anyway, based on this formula created by our Zack Ward. Here’s a recap of one of the teams that made the cut according to the Swish Appeal bracket:

The UC Davis Aggies (17-12 overall) would have made it to the NCAA Tournament for the third time in program history — and second season in a row — had it not been canceled. They were the Big West’s automatic bid last year, and while they took a step down from that 25-7 campaign in 2019-20, they battled back from early-season adversity and put together another great season.

The Aggies lost their first four games, but went 12-4 in Big West conference play to take home the regular season title, which would have given them an automatic NCAA bid after the conference tournament was canceled.

Junior forward Cierra Hall averaged a near-double-double with 9.1 points and 7.1 rebounds, while redshirt senior guard Katie Toole led the team in scoring with 13.9 points per game. Mackenzie Trpcic, a redshirt junior guard, was the team’s best distributor with 4.6 assists per contest.

UC Davis won a double-overtime thriller against the Sacramento State Hornets on Nov. 26. Senior forward Sophia Song made the game-winning jumper with 30 seconds to go in the second overtime before Sacramento State missed a 3-pointer at the buzzer. The Aggies wouldn’t have made it to overtime if not for two clutch free throws from Hall with three seconds left in regulation. She led the team with 16 points.

The team had a decent showing at the No. 7 Stanford Cardinal on Dec. 28, losing by just 12. Freshman guard Evanne Turner had 15 points and six rebounds in that game .

The Aggies scored a season-high 96 points in their final non-conference game against a National Association of Intercollegiate Athletics (NAIA) team in the William Jessup Warriors on Jan. 1. They then lost their first game of Big West play, 56-46, on Jan. 9 at UC Riverside. But, again, they bounced back, this time with a seven-game win streak.

Turner went on to record a season-high 21 points against the Cal State Northridge Matadors in the second-to-last game of the season on March 5. UC Davis defeated the Matadors 71-58.