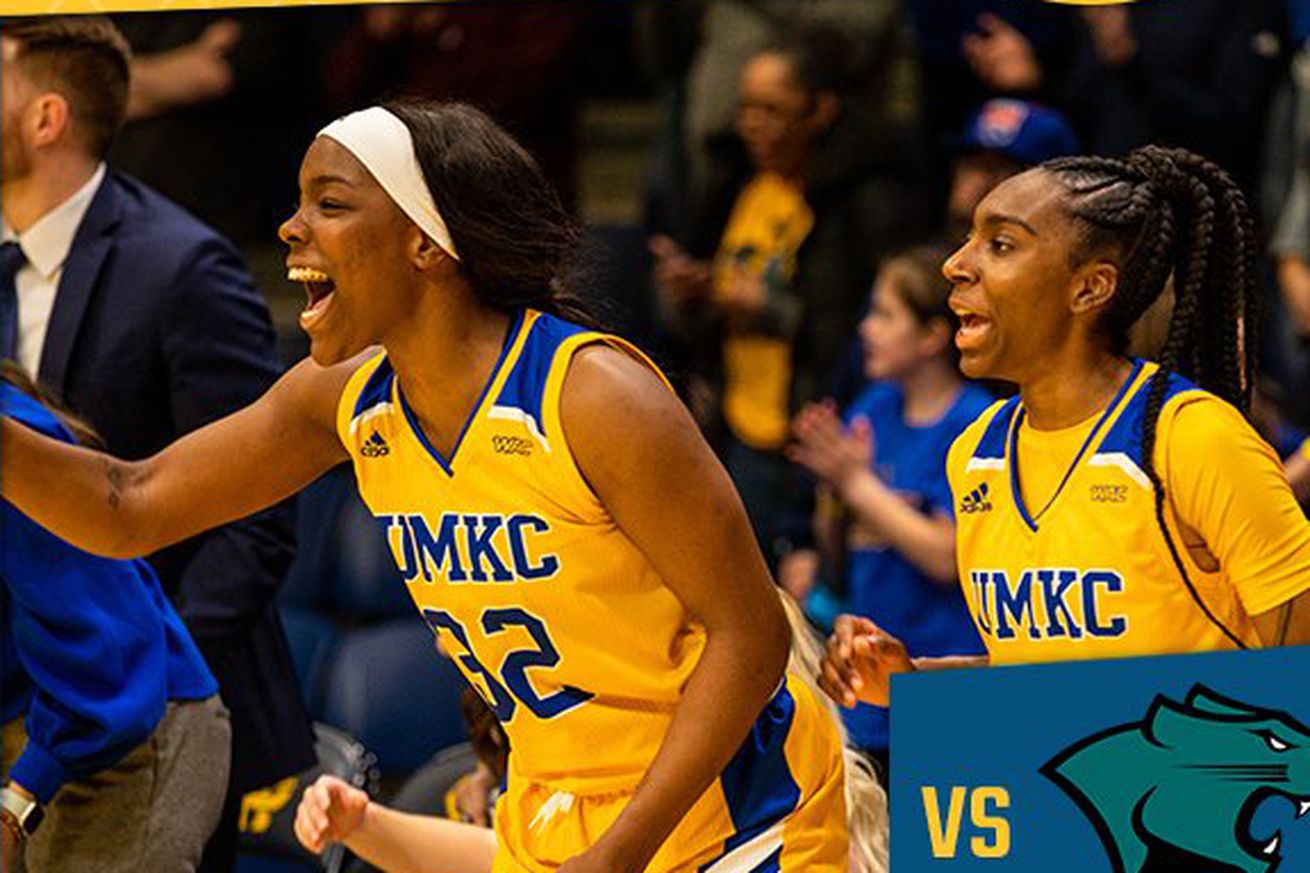 With the regular-season title under their belts, the UMKC Roos were ready to roll through the WAC Tournament. | Photo courtesy of Kansas City Roos Athletics

The Western Athletic Conference No. 1 University of Missouri-Kansas City Roos won the regular-season championship with a 13-3 record (27-10 overall) — best in program history. More importantly, the Roos were on a roll.

The Western Athletic Conference (WAC) regular-season champion University of Missouri-Kansas City (UMKC) Roos notched a 13-3 record in conference play and finished 27-10 overall. More importantly, the Roos were on a roll, having won their last six games before the WAC Tournament was suspended because of the coronavirus outbreak. The Roos’ last win was in the quarterfinals, an 86-52 demolition of the 1-27 (1-13 WAC) Chicago State Cougars.

Holding a three-win advantage over the No. 2 Grand Canyon Lopes — who were on a four-game skid — UMKC was the heavy favorite to top their season with additional hardware. Instead the the Roos will have to settle for the regular-season title, plus some important individual honors.

Senior guard Ericka Mattingly was named the WAC Player of the Year. She averaged 15.7 points, 5.1 rebounds, 4.2 assists and 2.5 steals per game.

Soriano was named to the WAC All-Defensive Team. The 6-foot-5 Spanish native averaged 10.5 points, 7.6 rebounds and 1.3 blocks per game.

In her third year at the helm, Jacie Hoyt was named the WAC Coach of the Year. She led the Roos to back-to-back winning seasons for the first time since 1991 and 1992. UMKC’s 13-3 WAC record sets a new program best. The Roos’ .630 winning percentage is the best in program history.