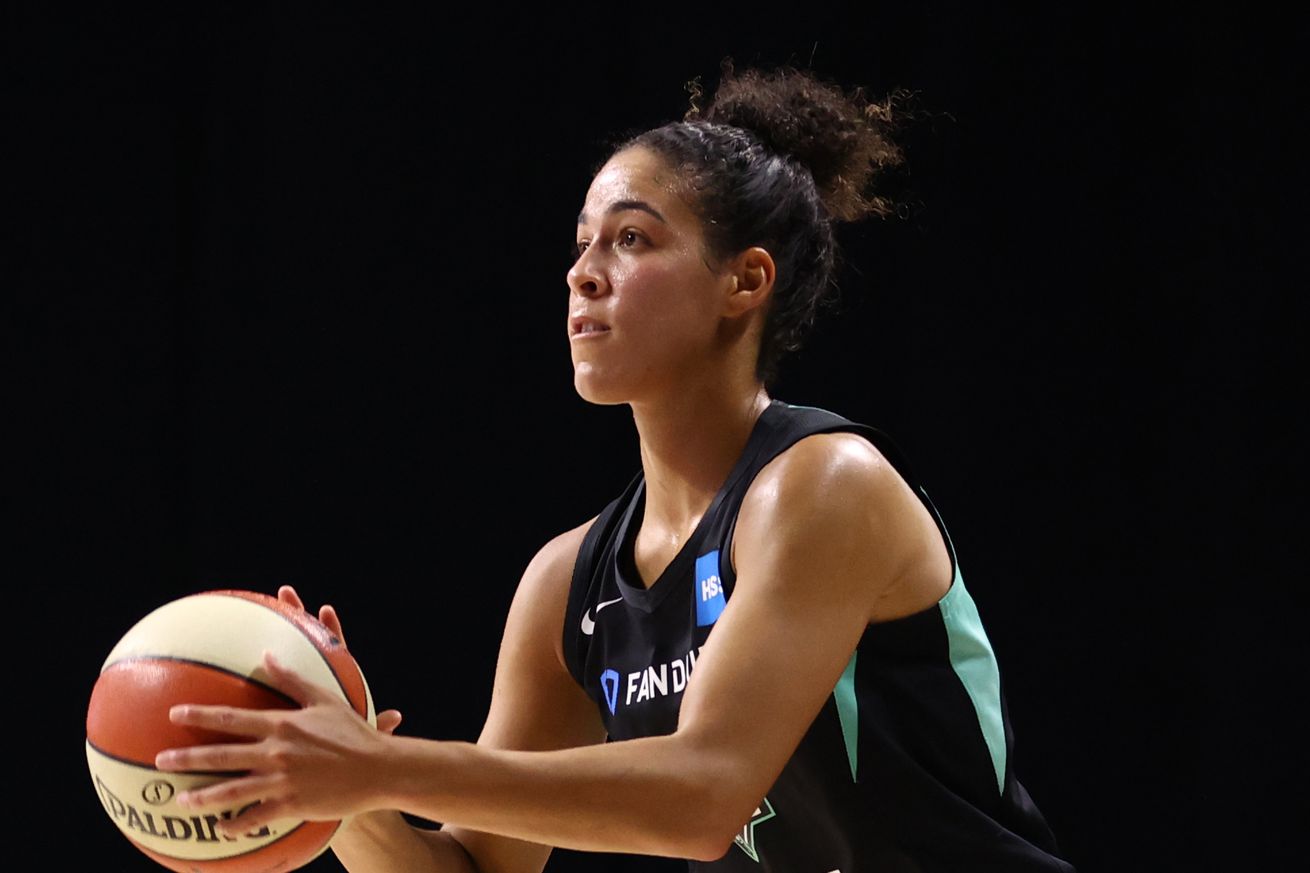 Kia Nurse was an All-Star in 2019 but struggled from beyond the arc in 2020. | Photo by Ned Dishman/NBAE via Getty Images

Sabrina Ionescu, Asia Durr and Rebecca Allen all can shoot the three and the New York Liberty could have all of them back in 2021. But can these talents support the analytics-driven strategy of high-volume 3-point shooting imposed by head coach Walt Hopkins?

After a thrilling and unprecedented bubble season in 2020, Swish Appeal has decided to examine what each WNBA team needs the most heading into what will hopefully be a more normal 2021 season. Here’s a look at what the New York Liberty need to do this offseason:

With just two wins in 22 games, the Liberty were the worst team in the WNBA in 2020.

First-year head coach Walt Hopkins said in his introductory press conference that he wanted his team to attempt a lot of 3-point shots and New York did just that — the Liberty took 602 shots from beyond the arc, trailing the Dallas Wings by just five for most in the league.

Unfortunately for New York, the team shot just 27.7 percent from distance, giving it the worst percentage in the WNBA, comfortably behind the Connecticut Sun’s 31.1-percent clip.

The dichotomy of being nearly first in attempts and tied in sixth place with the Chicago Sky for made 3-pointers, with 167, spelled disaster.

New York was the second-youngest team in the league this year and had seven rookies, the best of whom, No. 1 overall draft pick Sabrina Ionescu, suffered a season-ending ankle injury in the third game of the season. So, the Liberty had other factors working against them, but an adjustment in offensive philosophy may have swung the balance in a few of their five single-digit losses.

The return of Ionescu, Asia Durr and Rebecca Allen in 2021 will change things in the 3-point department. Ionescu and Durr were excellent 3-point shooters in college even while taking north of 200 shots some seasons — like Durr, who attempted 294 threes in 2016-17. Allen, meanwhile, shot 42.6 percent from downtown in the 2019 WNBA season.

Giving Ionescu and Durr the chance to attempt a high volume of 3-pointers makes sense, but there were some glaring 3-point numbers coming from other players on the Liberty in 2020 and that need to be fixed. That could mean giving young 3-point threats the chance to develop more. Or, it could mean directing the team to make fewer attempts from deep. To succeed in 2021, it will probably require a combination of both.

That leaves the most puzzling 3-point effort the Liberty saw in 2020 — that of Megan Walker.

Walker was eighth in the nation in 3-point percentage (45.1 percent) as a junior at UConn and entered the WNBA Draft a year early. New York took her at No. 9, but a positive COVID-19 test delayed her entrance into the bubble by one game. The Husky sharpshooter never found a rhythm from beyond the arc and finished the season a dismal 6-of-43 (14 percent) shooting from three.

Because of her extreme talent, Walker deserves a second chance in 2021 — not just from the 3-point line, but as an offensive player overall. However, the line has to be drawn at some point with all of New York’s players. While Hopkins’ 3-point strategy may work in the long run, it was not effective in its first year of implementation and the team is still growing.