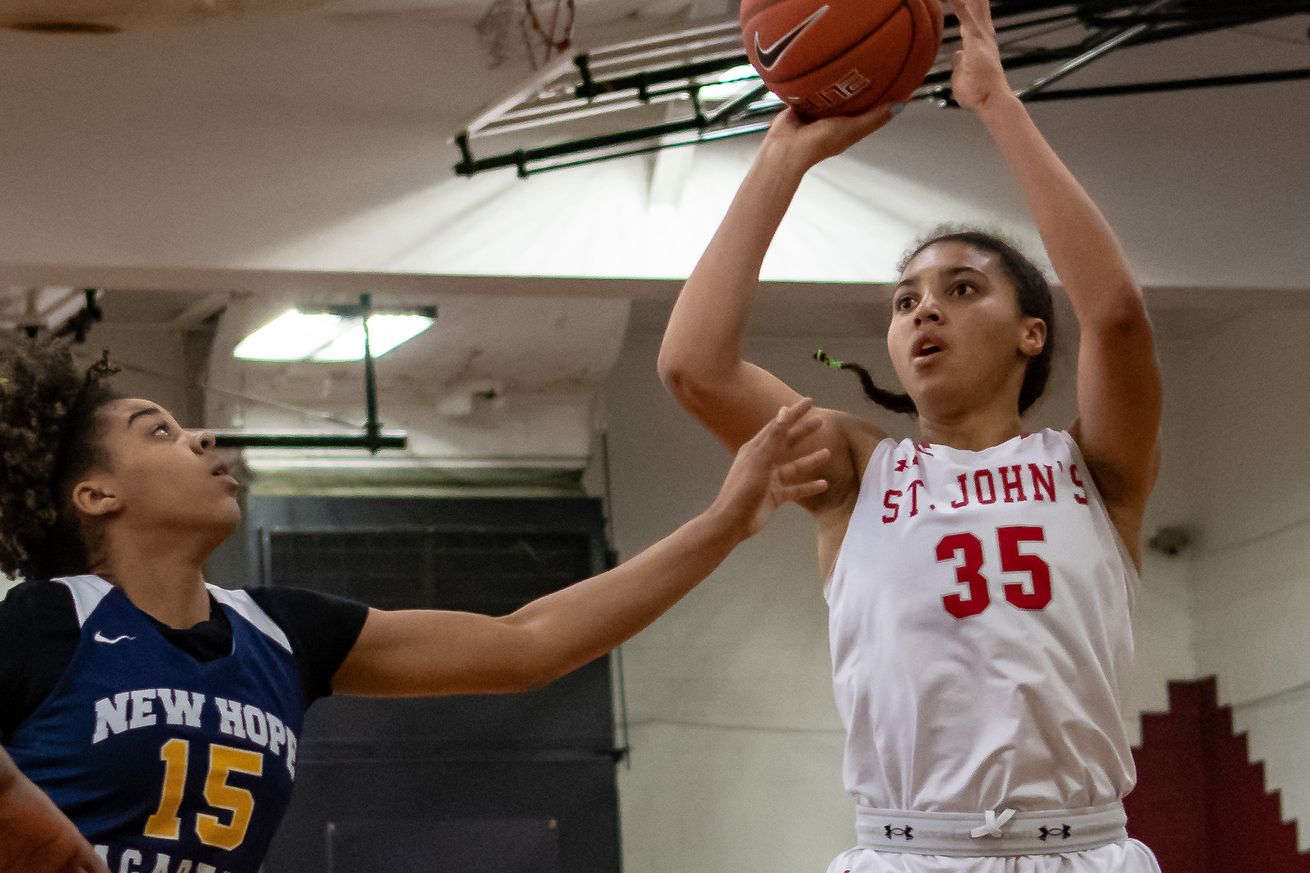 Azzi Fudd rises up for a shot at the Geico National High School championship game in April 2019. | Photo by John Jones/Icon Sportswire via Getty Images

Azzi Fudd is at the top of the Hoop Gurlz rankings for 2021 and she was named the national Gatorade Player of the Year as a sophomore in 2018-19 after averaging 26.3 points and 6.2 rebounds per game. That same year, she led the St. John’s College High School Cadets to the pinnacle of D.C. basketball — the team won the District of Columbia State Athletic Association Tournament championship after finishing first in the Washington Catholic Athletic Conference.

Washington Mystics’ superstar forward Elena Delle Donne, who grew up in nearby Delaware surprised Fudd with the Gatorade Player of the Year trophy at her high school.

Fudd also won Gatorade Player of the Year for Washington, D.C., as a freshman.

Highlights: Azzi Fudd balling out as a high school sophomore

Read: Azzi Fudd on the biggest surprise from her favorite player

I’m really looking forward to this coverstory by ESPN! We chatted about my process, recovery, and my future. Check out the trailer! pic.twitter.com/X7Dps6Ojne