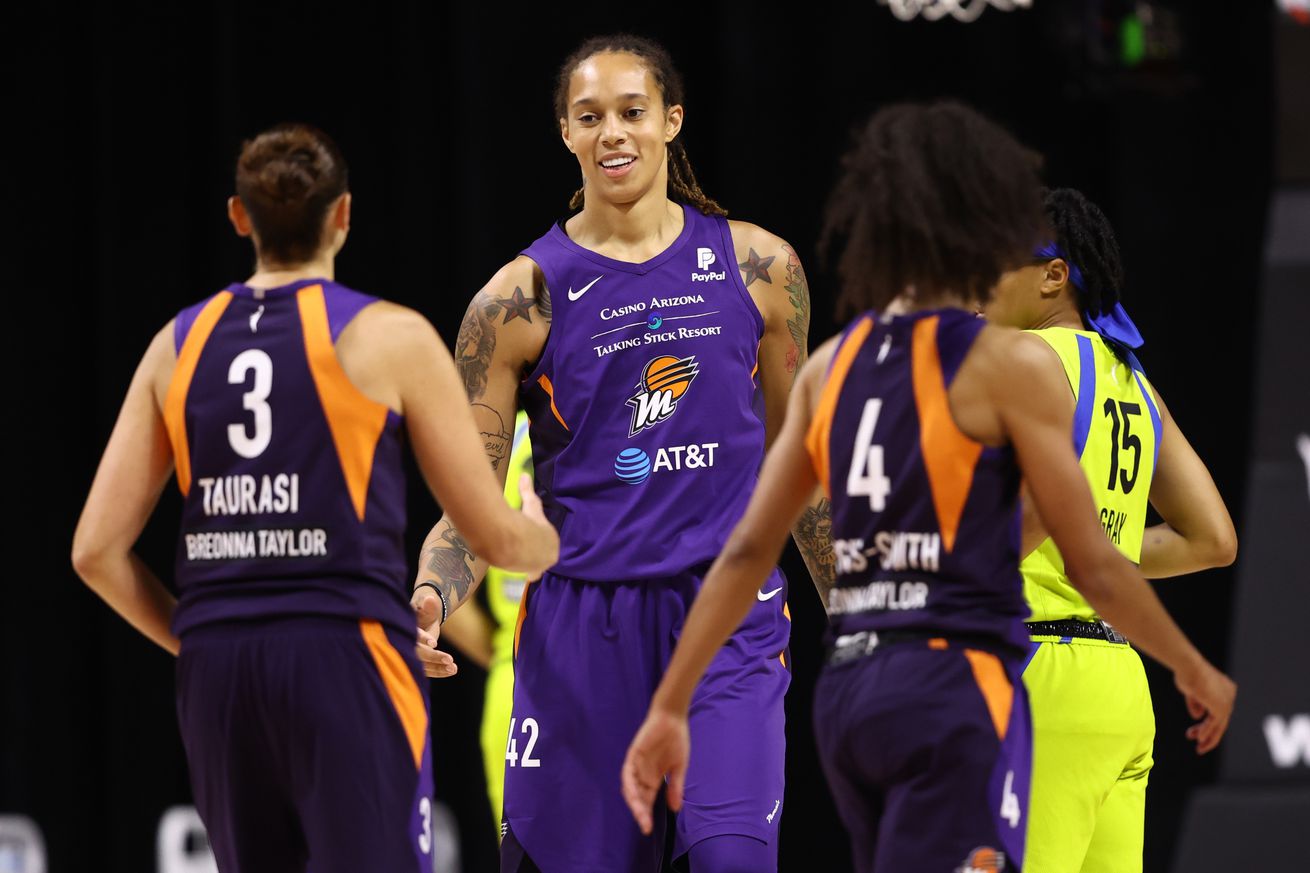 Do the Phoenix Mercury need a new head coach to maximize their “Big Three” of Diana Taurasi, Brittney Griner and Skylar Diggins-Smith? | Photo by Ned Dishman/NBAE via Getty Images

For the second season in a row, the Phoenix Mercury failed to meet expectations. How can the organization ensure that 2021 has a better outcome? The “Big Three” of Diana Taurasi, Brittney Griner and Skylar Diggins-Smith remains a solid foundation, but their talents must be better optimized.

After a thrilling and unprecedented bubble season in 2020, Swish Appeal has decided to examine what each WNBA team needs the most heading into what will hopefully be a more normal 2021 season. Here’s a look at what the Phoenix Mercury need to do this offseason:

Let’s imagine that the Phoenix Mercury are a computer.

Their hardware, while imperfect, is still in excellent condition. The organization can claim three top-tier WNBA talents in Diana Taurasi, Brittney Griner and Skylar Diggins-Smith. They also have an emerging elite defensive disruptor in Brianna Turner and the super-solid and still-improving Bria Hartley.

However, Phoenix’s software has not been functioning optimally. Even after refreshing their “Big Three” — with Skylar Diggins-Smith replacing DeWanna Bonner — the character and course of their 2020 season did not change much. Just like in 2019, an uneven regular season lead to another early playoff exit. While the organization dealt with injuries and absences in both seasons, concerns about the Mercury’s software go beyond these missing parts.

In particular, Phoenix began to play better in 2020 once two key contributors — Griner and Hartley — were out of the lineup for the season.

So, how can Phoenix maximize its machine and achieve a better outcome in 2021?

In her 16th WNBA season, Diana Taurasi proved she is still an efficient offensive engine, weaponizing her aggressive 3-point shooting to a nearly unprecedented, highly-effective degree. As long as she remains injury free, Taurasi, who is an unrestricted free agent, will be expected to put up similar offensive statistics in 2021, making her an All-WNBA caliber player even if her activity and attentiveness on defense continue to wane.

Presuming she returns to the WNBA, Brittney Griner will remain one of the game’s most dominant players. Although she is not always intently engaged, her physical presence makes her a force to be reckoned with on both ends of the floor.

And Skylar Diggins-Smith, in her first season in the Valley, posted the most efficient scoring season of her career, taking advantage of an improved pull-up jumper to establish herself as one of the league’s best pick-and-roll operators. As with Taurasi, Diggins-Smith’s defense leaves something to be desired. As offensive tandem, however, the two have the firepower to outscore almost any opponent.

Brianna Turner’s ascendance in the second half of the season introduces the possibility of a defensive identity to the Mercury. With Griner gone, Turner became the anchor, serving this role with a level aggression, energy and intelligence that Phoenix has lacked on the defensive end of the floor. On offense, Turner showed she can function as a bouncy pick-and-roll partner and play-finisher.

As long as she fully recovers from her ACL injury, Bria Hartley should continue to provide offensive pop, playing on or off the ball — either off the bench or in the starting lineup.

The Mercury’s reserves also are solid WNBA rotation players. Alanna Smith entices as a stretch big and Sophie Cunningham offers unrelenting intensity. Albeit in somewhat limited and inconsistent minutes in their first seasons in Phoenix, restricted free agents Shatori Walker-Kimbrough and Nia Coffey showed their value, with Walker-Kimbrough impressing as a microwave scorer and Coffey beginning to put together her diverse skill set.

Nevertheless, when the Mercury were whole during the 2020 season, this roster was muddling through a rather uninspiring regular season, hovering just above .500. Yet, even if salary cap constraints were not preventing the organization from making significant roster upgrades, it is clear that the hardware is not the problem in Phoenix.

The easiest (at least, theoretically) way to enhance Phoenix’s software is to install a new head coach.

However, Sandy Brondello has established herself as a WNBA institution.

In 2021, Brondello will enter her ninth season as a head coach. In 2010, she spent one season at the helm of the San Antonio Silver Stars. Four seasons later, the Mercury put her at the head of their bench, and she immediately led the team to a title. In the six seasons since, the Mercury have been a perennial playoff team, advancing to the Western Conference Finals or WNBA Semifinals in the 2015, 2016, 2017 and 2018 seasons.

Before stalking the sidelines, Brondello made her mark on the hardwood. During her five-year WNBA career (1998-2003), she played for the Detroit Shock, Miami Sol and Seattle Storm, earning an All-Star nod in 1999 with the Shock.

It also is relevant to note that Brondello is one of only four women coaches in the WNBA. A native of Australia, she also is the league’s only international coach.

In short, Brondello has brought, and can still bring, a lot to the WNBA. But, it is worth asking if her time in Phoenix has run its course.

In 2019 and 2020, Brondello was unable to push the right buttons. Possibly, her ideas no longer resonate with her veteran-laden team. A lack of urgency on the defensive end, along with general inconsistency, strongly indicate that this may be the case. A new voice could encourage a reinvigorated commitment on both ends of the floor by re-instilling defensive principles and refining the offensive system.

Because of her resume, it is hard to argue that Brondello “deserves” to be fired. Yet, based on the on-court evidence from the most recent seasons, it also is hard to say that Brondello is the still the right coach for the Mercury.

With the clock ticking on Diana Taurasi’s career, there is no time for Phoenix to risk another subpar regular season and too-short postseason. They need an upgrade — someone who can install the new software necessary to get Phoenix’s hardware humming at maximum capacity.