Preview: Can A’ja elevate her MVP bid when the Aces meet the Sparks? 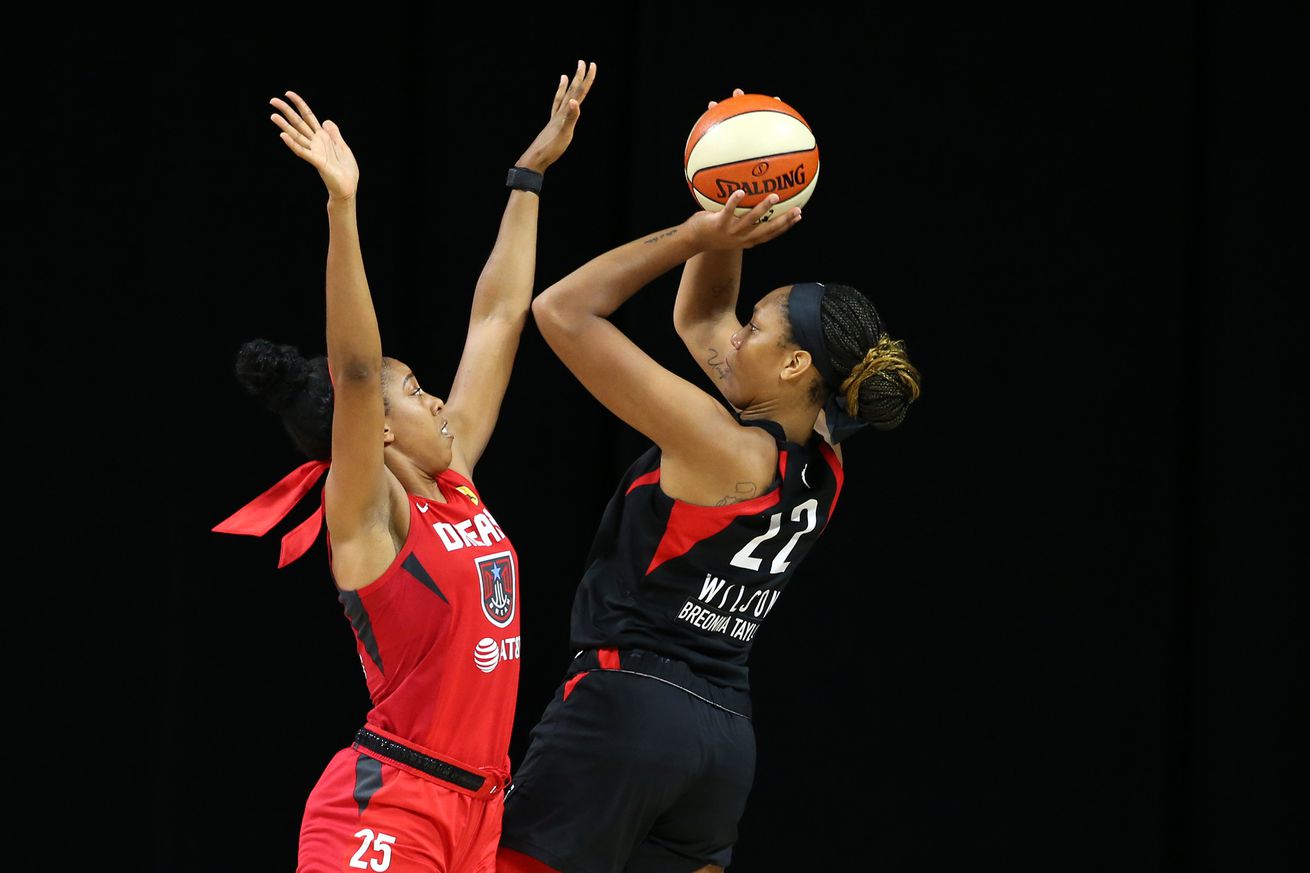 Before the 2020 season began, A’ja Wilson was seen hobbling around in a boot, raising questions about her readiness for the rigorous season ahead. Well, Wilson has alleviated any concerns — playing outstanding basketball and averaging 19.8 points, 9.2 rebounds and two assists per game.

Wilson and the Las Vegas Aces meet the Los Angeles Sparks on Friday night at 9:00 p.m. ET (ESPN 2), a perfect opportunity for Wilson to build on her early-season MVP candidacy.

When she gets the ball on the block, Wilson has been nearly unstoppable, whether powering to the hoop, lofting a high-release jumper or unleashing another move from her expanding arsenal. With the Sparks’ Nneka Ogwumike out of the lineup due to hamstring issues, Wilson should be able to go to work.

Of course, Candace Parker also can have her say.

Parker has played with encouraging pop and her classic panache in the early season. She is averaging a double-double, with 13.6 points and 10.0 rebounds.

With Ogwumike inactive and Chelsea Gray still struggling to find her shot, the Sparks will need Parker to be on point. And if she can maintain this level of play, while also increasing her assists and reducing her turnovers, Parker will insert herself into the MVP conversation.

Having battled accumulating injury woes, the first priority for both the Fever (2-3) and Lynx (4-1) should be to escape this game unscathed. The Lynx, led by arguably the league’s best head coach in Cheryl Reeve, have navigated the uncertainty and instability that come with injuries more successfully than other teams, sitting with only one loss even though the fantastic Sylvia Fowles was out of the lineup last game. On Wednesday, plugging Bridget Carleton into the starting lineup proved the perfect move by Reeve — the second-year player had a breakout offensive performance. No matter who is available, Minnesota seems to find a way to win.

The magic of the early-season Mystics (3-2) seems to be wearing off a bit; the determined defending champs have dropped their last two contests. Luckily, a meeting with the Liberty should provide the needed remedy. Young, winless and without their superstar, things are rough for the Liberty and head coach Walt Hopkins. Expect the Mystics, with their prideful sense of purpose, to seize on their over-matched opponent and take care of business.

How to watch: League Pass, Fox Sports North Plus, fever.wnba.com

Key to the matchup: Although playing the Liberty certainly can help an offense put points on the board, so can Bridget Carleton. Led by a career-high 25 points from Carleton on Wednesday, the Lynx scored a season-high 92 points. With a quick and comfortable release from midrange and 3-point distance, Carleton’s shooting can juice a Lynx offense that can become stagnant. Increasing her 3-point attempt rate also can create more space inside for Sylvia Fowles, who is expected to play after missing last game. Giving Fowles extra room in the paint against Teaira McCowan, who struggles defensively, could further boost Minnesota’s scoring.

Highlight: Bridget Carleton was a shooting and scoring machine in the first start of her career

Key to the matchup: On Wednesday, we had a Finals Em-VP sighting! Although the Mystics lost, Emma Meesseman flashed her 2019 Finals MVP form, scoring a season-high 24 points on a season-high 23 field goal attempts. Even when she is not incredibly efficient, an aggressive Meesseman is an advantage for the Mystics. When she is locked in and looking for her shot, she can serve as a go-to option and generate consistent offense when Washington’s egalitarian system stalls. Against the Liberty, Meesseman should be able to showcase her superstar ability.

Highlight: Watch what Emma Meesseman can do when she is dialed in

Key to the matchup: In her 15th season, Seimone Augustus is still expanding her game. In this season’s early action, Money Mone has emerged as a 3-point threat. Known for her sweet midrange game, Augustus has been scorching from deep, shooting 66.7 percent from three. Although an unsustainable percentage, that she is attempting 3.7 shots from 3-point range per 36 minutes is encouraging. Forcing opponents to closely guard her behind the line can open up dribble-drive opportunities and allow her to more easily stop-and-pop in her favored midrange or dime up a teammate. Against the Aces, swishing a few treys could prove pivotal, as matching the Aces’ 2-pointers with 3-pointers could give the Sparks a slight edge.

WATCH: Seimone Augustus talks to #AroundTheRim about her contributions to the LA Sparks thus far and her philosophy on teamwork