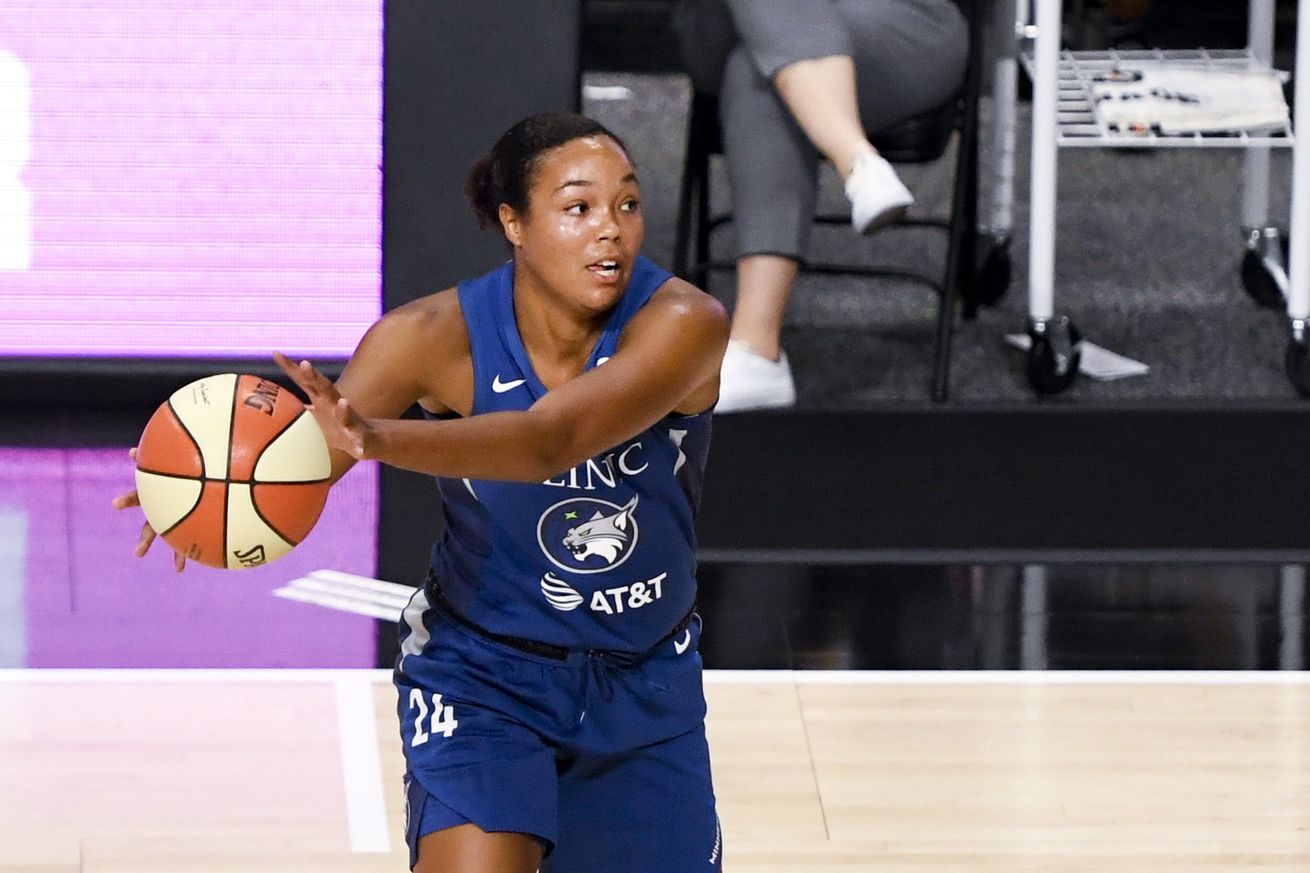 Napheesa Collier is the most important player for the Lynx; she will need to be on top of her game Sunday against the Mercury. | Photo by Douglas P. DeFelice/Getty Images

The Minnesota Lynx are looking for their 11th win against the uneven Phoenix Mercury, who are trying to secure their playoff position. Elsewhere, can the Atlanta Dream challenge the Los Angeles Sparks again?

The Minnesota Lynx look to keep pace with the teams in front of them Sunday as they take on the middling Phoenix Mercury, who have won their last two games. The Lynx beat the Mercury last week and with Bria Hartley out, the Lynx might have more of an edge than they did last time.

Hartley went down early against the Washington Mystics, a loss that the Mercury were able to overcome as they easily won the game. Hartley has been a critical piece to the Mercury’s success this season, mostly off the bench, but was recently inserted into the starting lineup. With injuries to more veteran forwards, Alanna Smith might be in line to get the start in Hartley’s place.

Phoenix’ 2.3 net rating tells us what we need to know about the squad. The Mercury have been quite good on offense but wildly inconsistent and pedestrian on defense. The Lynx are not exactly a powerhouse offensively, but have been scoring around 88 points over their last five games.

The Lynx are stout defensively — second in opponent field percentage and fourth in steals. Additionally, Minnesota is arguably the best rebounding team in the league, averaging nearly 10 offensive rebounds and holding their opponents to the fewest rebounds per contest.

The Mercury have been able to withstand the departure of Brittney Griner, but losing a go-to scorer like Hartley may be a bridge too far in the long-term for Phoenix. This game will be an important litmus test for Phoenix.

The Connecticut Sun are looking to solidify their position in the playoffs while the Washington Mystics are trying to get back into the playoff race. Despite being 4-10, the Mystics are still in position to capture a playoff spot, but they will need to improve their play if they want to succeed in that endeavor.

The Mystics started off 3-0, including a win against the Sun, but have won just one game in their last 11. Defensively, the Mystics have been abysmal, as they sit last in opponent field goal percentage and opponent 3-point percentage. The lone bright spot for Washington, offensively, is their 36 percent shooting from beyond the arc.

The Sun are quite mediocre as well, scoring the second-fewest points per game in the league and allowing their opponents to shoot 46 percent from the field, which is the fourth-worst in the league. However, Connecticut generates a lot of hustle points, points off turnovers and second chance points. It is this extra effort that helps to paper over some of their flaws.

The Los Angeles Sparks have the league’s longest winning streak and are trying to extend it against the struggling Atlanta Dream. The Sparks needed overtime to beat the Dream in their last meeting.

The Dream are not a bad-shooting team but committing turnovers has been quite a bad habit. However, their major downfall is their defensive output, as they allow opponents to shoot nearly 47 percent form the field. The Dream will need to play outstanding on offense and hope to get a few key stops that they could not find in their previous loss to the Sparks.

Key to the matchup: DeWanna Bonner and Myisha Hines-Allen have been the go-to players for the Sun and Mystics, respectively, but have not had big games in quite some time. If one of these players manages to break out, that should be enough lift their team to victory.

Key to the matchup: Brianna Turner has the hardest matchup on the floor, going against Napheesa Collier. Turner has proven to be quite the pest defensively, as she blocked four shots her last time out. If Turner can shut down Collier, the Mercury stand a good chance of getting the win.

Key to the matchup: The Dream were without Chennedy Carter the last time they faced the Sparks. Although the Dream face an uphill climb, Carter is a bona fide scorer and could put her team in position to get an unlikely win.