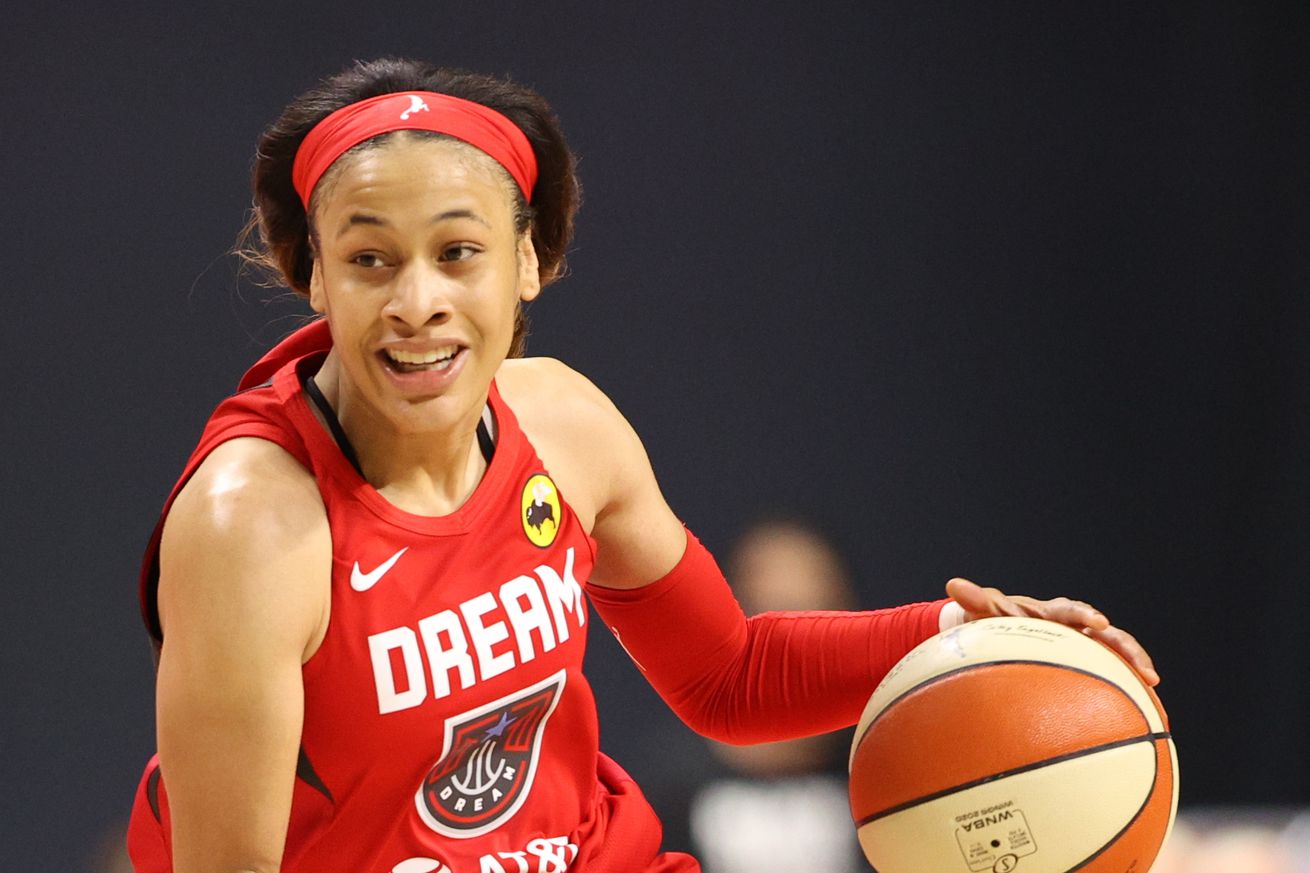 In the first of Friday night’s three games, the New York Liberty meet the Atlanta Dream in a showdown between celebrated rookies Sabrina Ionescu and Chennedy Carter. In other action, the Indiana Fever and Dallas Wings will battle for a second-straight win and the Phoenix Mercury will try to avoid an 0-3 against the hot-start Las Vegas Aces.

But Courtney Williams is certainly one of those players.

We put a mic on her.

The self-proclaimed “walking bucket,” with all her swagger, is slated to make her Dream debut when Atlanta meets the New York Liberty in the first of Friday night’s three games (7:00 p.m., NBA TV). Glory Johnson, another offseason addition, also is available for Atlanta for the first time this season.

After getting trampled by the Las Vegas Aces on Wednesday night, Dream head coach Nicki Collen should welcome these reinforcements, even if they only can play limited minutes due to conditioning concerns. The Liberty, however, may hope the Dream’s rotation remains shortened. New York also suffered a rough loss on Wednesday night, falling to the Dallas Wings, and to 0-2 overall, despite Sabrina Ionescu putting up a line of 33 points, seven assists and seven rebounds.

In order keep Ionescu in check and the Liberty winless, the Dream’s most important player might be Betnijah Laney. Waived by the Indiana Fever and then claimed by the Dream to replace Tiffany Hayes, Laney has not lost any of her defensive chops even as she has shown an expanded offensive game.

On the other side, the pressure will be on Layshia Clarendon to slow Carter and Williams. Like Laney, Clarendon has impressed offensively, but head coach Walt Hopkins will need them to serve as the spear of the Liberty defense.

However, in spite of the best efforts of Laney, Clarendon and their respective coaches, we may well see an offensive showcase under the Friday night lights in Bradenton, with Ionescu and Carter showing off their precocious skill sets, and Williams injecting the action with her characteristic confidence, regardless of her condition.

After promising wins on Wednesday, Indiana and Dallas will compete for the claim to a two-game winning streak when they take the court for Friday night’s second contest (8:00 p.m., CBS Sports Network). Each squad has a scoring dynamo who can lead her squad to a second-straight victory. So far this season, the Fever’s Kelsey Mitchell has scored 25 and 18 points while the Wings’ Arike Ogunbowale has posted 19 and 20 points. The likely debut of Lauren Cox, the No. 3 pick in this year’s draft, should inspire extra excitement for the Fever.

The Mercury, desperately, need a victory in Friday night’s final game (10:00 p.m., CBS Sports Network). A team that claims a new “Big Three” should not be in danger of falling to 0-3. To avoid this fate, Diana Taurasi needs to be DIANA TAURASI. She has lacked her signature feistiness and fire, taking only five shots in Phoenix’s Wednesday loss. In contrast, Angel McCoughtry has brought it for Las Vegas, following up her opening 25-point outburst with an efficient, all-round 12-point performance in Wednesday’s win.

Key to the matchup: With lots of young players likely firing up lots of shots, there will be rebounds to be had. Thus far this season, the Liberty have cleaned the glass much more effectively than the Dream. The Liberty are second overall in rebounding, grabbing an average of more than 40 rebounds per game, or 53.8 percent of total rebounds, in their two contests. The Dream have snagged less than 30 rebounds per game, or only 44.5 percent of total rebounds. However, the Liberty have failed to convert these boards into fast-break or second-chance points. The Dream, in contrast, have made more of their fewer boards, getting out in transition or putting the ball back into the hoop. If Glory Johnson plays significant minutes, the Dream could be even better at making something out of missed baskets.

Keys to the matchup: Coming off the bench, Allisha Gray has been excellent for the Wings. She currently claims a sparkling effective field goal percentage of 85.7 percent, a mark that is especially impressive because she has scored from all three levels — at the basket, in the mid-range and from behind the 3-point line. Even as her numbers inevitably will slip, Gray can reliably serve as the center of the Dallas offense when the starters, especially Arike Ogunbowale, leave the court. Her confidence and competence could be an advantage against a Fever team with a still-thin guard rotation.

Highlight: Allisha Gray gets the bucket and the foul

How to watch: CBS Sports Network, MY LVTV

Keys to the matchup: So far this season, might the Aces, rather than the Mercury, have a better claim to the best new “Big Three”? Angel McCoughtry, A’ja Wilson and Dearica Hamby have formed a threatening threesome. This trio will do damage all over the mid-range and around the basket if Phoenix, the league’s worst defense, again fails to play with focus. On the other end, McCoughtry, Wilson and Hamby help to anchor the league’s best defense, suggesting that the Aces can frustrate a Mercury offense that has yet to coalesce. However, if Brittney Griner comes to play for four quarters, she can singularly change the calculus on both ends of the floor.