Preview: LA and Vegas aiming for comfort of double bye 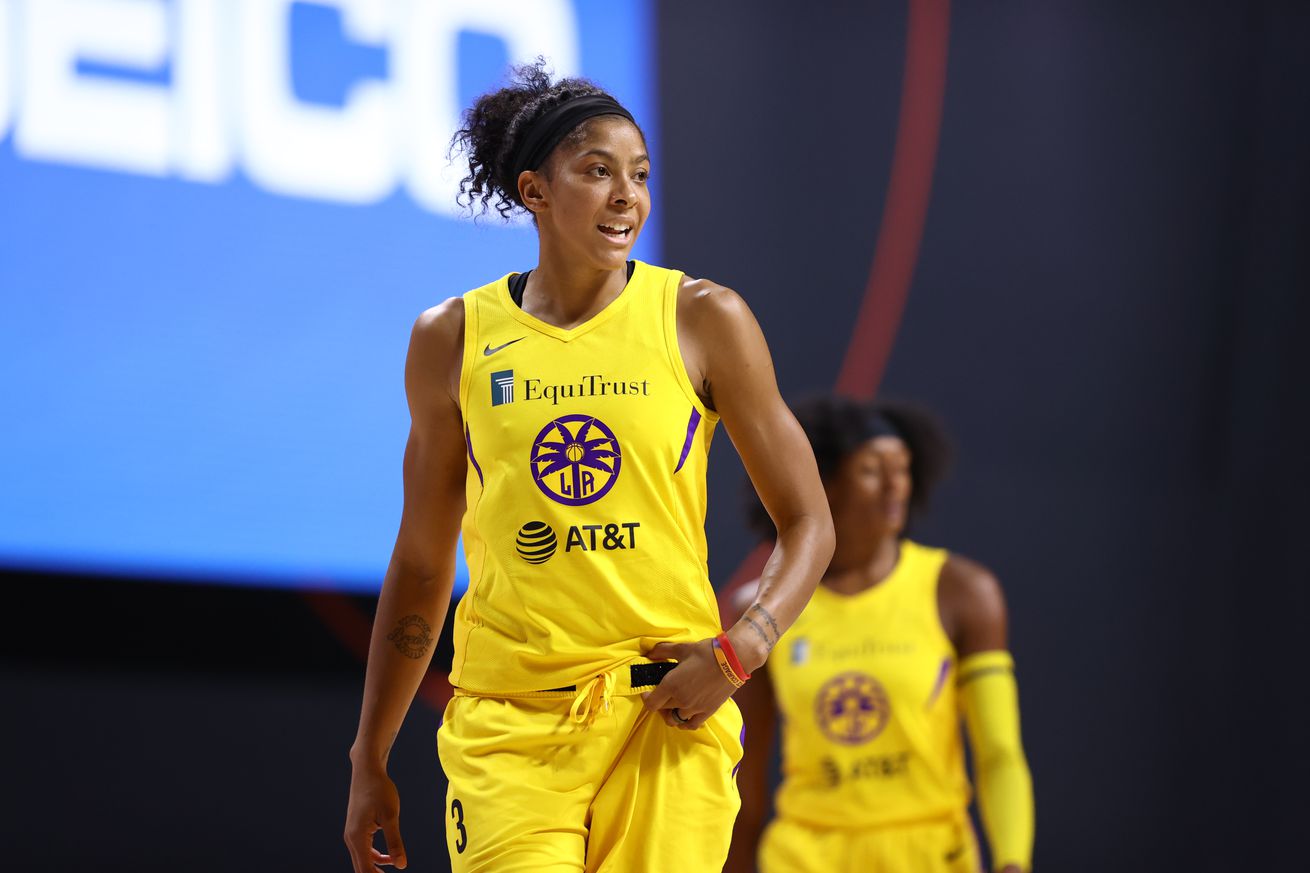 Candace Parker has been playing MVP-caliber basketball all year. | Photo by Ned Dishman/NBAE via Getty Images

The 15-6 Los Angeles Sparks and 16-4 Las Vegas Aces duel as they attempt to finish in the top two, which guarantees a spot in the WNBA semifinals.

The Las Vegas Aces and Los Angeles Sparks, who are both vying for a top-two seed and a double bye, meet this afternoon in what will be the last game of the season for the Sparks and the second-to-last game for the Aces.

The Aces clinch a top-two finish with a win while the Sparks need a win and some help on Sunday to slide into the WNBA semifinals before postseason play even begins.

The Aces have two fewer losses than the Sparks but have played two fewer games. If the Sparks win today and the Aces lose out, their records will be tied and they will have split their head-to-head matchups.

The next tie-breaker is record against .500 or better teams. The Aces are currently 4-4 against such teams while the Sparks are 4-5, which means the Sparks need a win and the Storm to beat the Aces on Sunday in order to secure a spot in the semifinals. If the Aces win out, they will be the No. 1 seed ahead of the Storm.

The first meeting between the Sparks and Aces was very close and fans should expect another close game today — one that will likely come down to a few key possessions. Bench scoring will be a factor as these teams feature the two best scoring benches in the league.

The Washington Mystics are in the running for the last playoff spot but need to keep winning with the Atlanta Dream and Dallas Wings on their tail. The Liberty have had a rough season but fans are hoping that the experience gained this season — and a healthy Sabrina Ionescu — will lead to wins next year.

The defending champion Mystics’ season has been disappointing but rife with injuries. The fact that they are still eligible for the playoffs is a testament to the coaching staff maximizing the talent they put on the court every night. Five of the Mystics’ seven wins have come against playoff-bound teams.

The Liberty won their last matchup against the Mystics when both teams shot under 40 percent. They both score around one-third of their points from beyond the arc, so expect a barrage of 3-point shots in this one.

The Lynx are locked in as the No. 4 seed due to the Phoenix Mercury’s loss Friday night, but they have lost their last three games. On the other hand, the Fever have been eliminated from playoff contention and are playing for pride in their last game of the 2020 season.

By defensive rating, the Fever are dead last, which shows that that side of the ball is still the major problem facing this team. Meanwhile, the youthful Lynx turned out to be a very competitive team despite the loss of a core with championship pedigree.

Given that the game means very little, the intensity may not be there. But the argument could be made that the Lynx need to win this game to find some rhythm going into the playoffs.

Key to the matchup: Myisha Hines-Allen has been the best player for the Mystics and the biggest surprise of the year. Her ability to score today will have a big impact on the game. Meanwhile, the Liberty’s Amanda Zahui B. can score from a lot of spots on the floor and will stretch the defense of the Mystics.

Key to the matchup: A face-off between MVP candidates is what we deserve and we get one here. A’ja Wilson and Candace Parker have been playing outstanding all year and their performances will weigh heavily on the outcome of the game.

Key to the matchup: Crystal Dangerfield and Napheesa Collier facing off against Kelsey Mitchell and Candice Dupree is quite the matchup. The duo with the most points should be able to push their team over the top today.