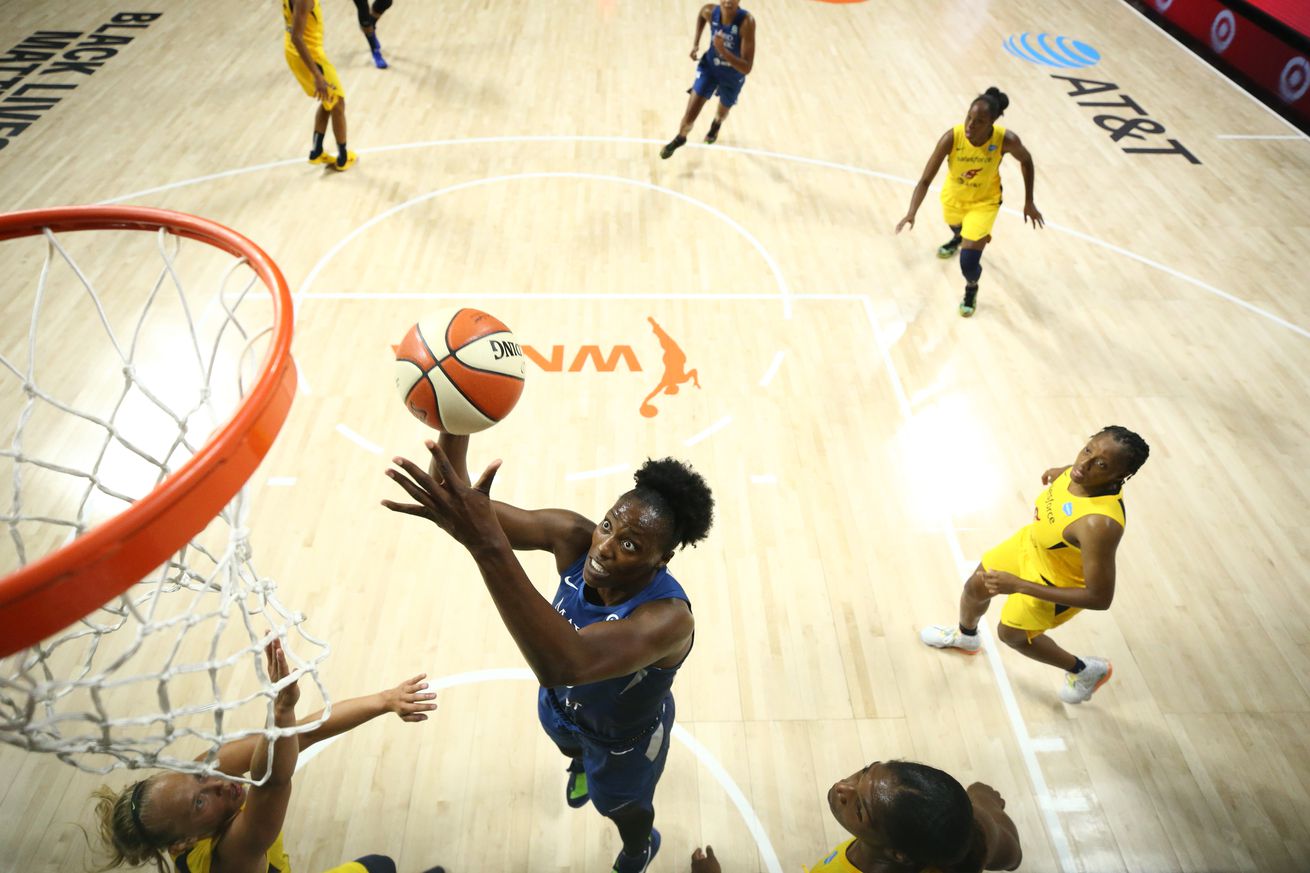 Sylvia Fowles has been a go-to player for the Lynx, despite being the longest-tenured player on the team. | Photo by Stephen Gosling/NBAE via Getty Images

The Minnesota Lynx renew one of the WNBA’s biggest rivalries with the Los Angeles Sparks on Sunday; Minnesota has won four straight games. The Las Vegas Aces have a big edge over the New York Liberty, who are coming off their season’s first win. The Washington Mystics and the Indiana Fever are both looking to break losing streaks.

The Minnesota Lynx and Los Angeles Sparks renew their rivalry for the first time in the 2020 season. The Lynx have won their last four games while the Sparks have alternated wins and losses through their first six games, having lost the last time they took the court.

The Lynx have been average on offense, but their hustle and defense makes them a formidable group. The Lynx lead the league in offensive rebounds, steals and opponent’s scoring. The Lynx’ interior defense, which allows the second fewest points in the paint, will be put to the test as the Sparks are third in scoring in the paint.

The Aces have won their last three games thanks to great play from A’ja Wilson and Angel McCoughtry. The Liberty won their last game against the Washington Mystics after starting the season 0-5.

The Mystics and Fever meet for the second time as the 2019 WNBA Champions dominated the Fever in the season opener. The Mystics have lost their last three games while the Fever have lost two straight games.

The Mystics are middle of the road in the offensive and defensive shooting categories. The Fever are last in opponent’s field goal percentage and allow the most points in the paint. The Mystics are not a paint-oriented offense but have the players to take advantage of the Fever on this area of floor. The Fever will have to hope that their 3-point shooting is good enough to keep them in this game. The Fever’s defensive rating is the worst in the league which means the Mystics, on paper, have quite the advantage headed into this game.

Key to the matchup: Sylvia Fowles and Candice Parker average double-doubles for their respective teams. Although they may not be matched up, the performances of Fowles and Parker will be integral to their respective teams winning. Fowles returned from injury on Friday to score 21 points. With Nneka Ogwumike dealing with an injury, Parker’s play will be even more important.

Key to the matchup: The Liberty made 12 3-point shots in their win over the Mystics and their ability to make 3-point shots will heavily influence their ability to win games going forward. For the Aces, the scoring combination of Angel McCoughtry and A’ja Wilson will likely point to success or failure in this one.

Highlights: A’ja Wilson’s double-double in Aces’ win over the Sparks

HAVE YOURSELF A NIGHT A’JA WILSON!

Key to the matchup: Emma Meesseman and Myisha Hines-Allen should be able to put up big numbers against the Fever, who are decidedly lacking in paint defense. For the Fever, Kelsey Mitchell will need to be on top of her game and improved from the Fever’s last two games. Mitchell has shot a combined 4-of-19 from beyond the arc during the Fever last two losses.

Highlights: Myisha Hines-Allen’s work in the post against the Liberty

First, second, and third time was a charm for Myisha backing down and getting a bucket.