Preview: Mercury look to knock Storm from top of standings 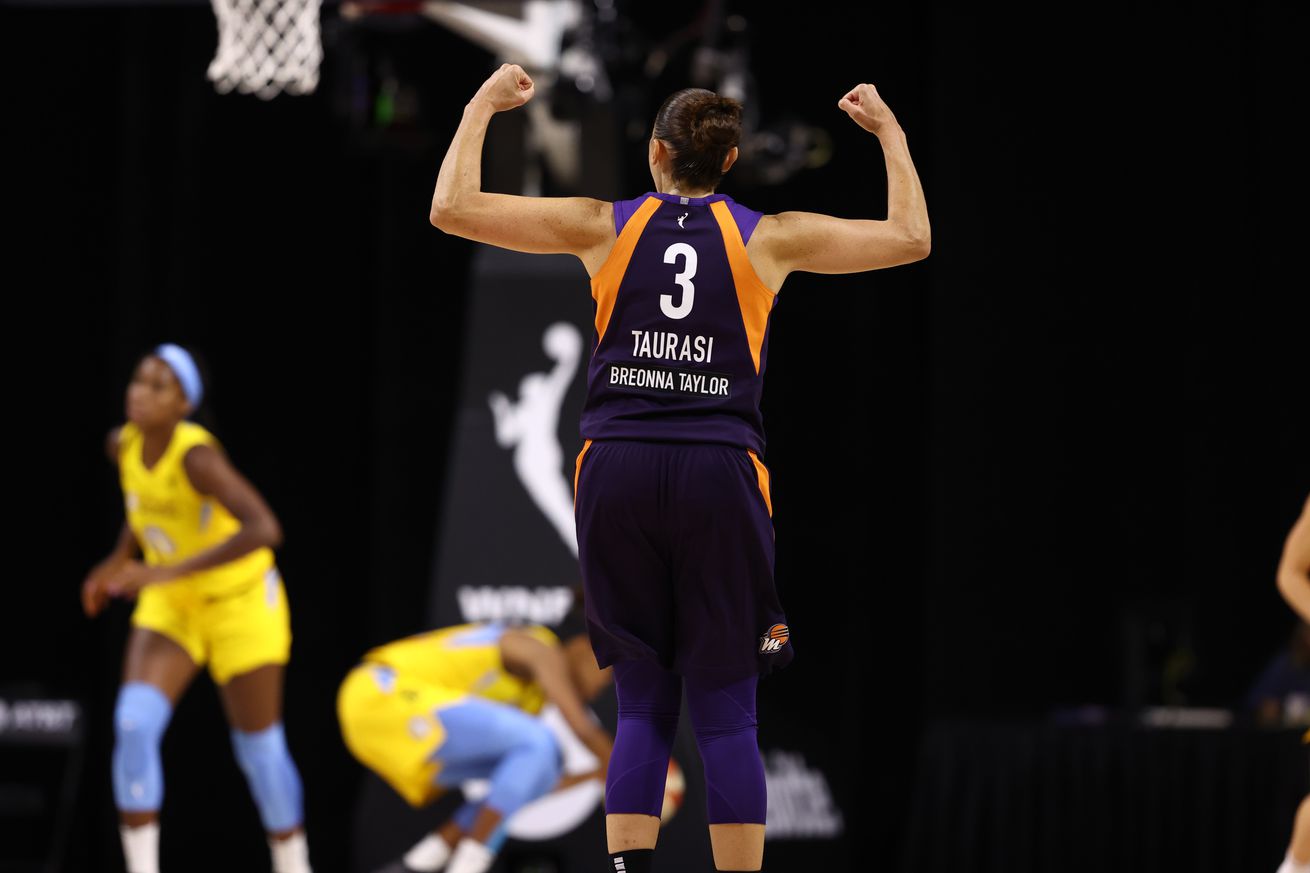 Diana Taurasi has been leading the way as the Phoenix Mercury have won their last four games. | Photo by Ned Dishman/NBAE via Getty Images

The Phoenix Mercury have won four straight games and will face off with the Seattle Storm, who sit atop the league standings. The Atlanta Dream and Dallas Wings are both riding three-game skids, while the Chicago Sky look to bounce back against the Connecticut Sun after a tough loss.

The surging Phoenix Mercury take on the league-leading Seattle Storm Saturday afternoon. The Mercury are looking for their fifth straight win after dropping their first two games to start the season. The Storm are sitting atop the league standings at 5-1, having won their last three games.

The Storm are a known quantity offensively, as they are in the top half of the league in most statistical categories, but their defense is what has separated them from the pack at this early stage in the season. The Storm are allowing 77.8 points per game, which is second in the league, and are allowing their opponent to shoot just 40.1 percent, which leads the league.

Chennedy Carter is coming off a historic 35-point game in the Dream’s 93-92 loss against the Storm. Carter is leading the Dream with 20.3 points per game. After scoring 30 points in the season opener, Monique Billings has failed to reach double figures in any one game since then. Additionally, Atlanta’s struggles defensively have hurt them, as they are last in points allowed.

The Wings have been relatively competitive in all of their games as three of their four losses have been by 10 points or less. The Wings are second-worst in opponent’s field goal percentage and surrender the most rebounds to their opponents, two areas that they desperately need to improve upon.

The Sky are coming off a loss to the Mercury while the Sun won their last game after losing their first five games.

The Sun failures on offense and their average defense have been what doomed them in the early part of the season. The Sun’s offense will be challenged to keep up with the Sky.

Key to the matchup: Chennedy Carter vs. Arike Ogunbowale. Both players are leading their teams in scoring and are the primary ball handler for their respective teams, Carter’s and Ogunbowale’s play will significantly impact the outcome of the game.

35 POINTS - What a night by @ChennedyCarter.

Highlights: The Storm’s 93-92 win over the Dream

Check out the full highlights from tonight’s 93-92 win over the @AtlantaDream presented by @Symetra #StrongerThanEver pic.twitter.com/dFZRaAIG8C

Key to the matchup: Balanced scoring is the key to this one. The Sky have six players that average over 10 points per game while the Sun have only two players in double figures. However, the Sun used a balanced attack to win their last game. The team that can find a balanced attack should be able to find their way to the top.

A double-double for @athomas_25 earns her player of the game!

2020-21 EuroLeague Women: A primer through the WNBA lens

The fourth Thursday in November